Evelyn Guiao spent five Christmases earlier this decade separated from her husband and kids, who lived in the Philippines, while she worked as a caregiver in Vancouver. She had to content herself with watching her kids opening gifts over a computer or cellphone screen.

Ms. Guiao moved to Canada in 2010, leaving her husband, her then-eight-year-old daughter and six-year-old son at home. It was a tough decision but still she came, with a plan to eventually sponsor her loved ones to immigrate to Canada.

“What I have been hearing about Canada is that it’s a very nice place, safer than the Philippines and good for my kids’ future,” she said earlier this month from her home in Richmond, British Columbia.

For five years, Ms. Guiao, who now works as a customer service representative, was among the thousands of Filipino care workers living and working in Canada, but separated from their families half a world away. Under the federal government’s caregiver program, the applicants, mostly women, need to work here full-time for two years to apply to become a permanent resident before being able to sponsor their family to come to this country.

A backlog of applications has forced lengthy separations: Ms. Guiao waited until 2015 to be reunited with her husband and kids in their new country, but she said it was faster than she expected as some of her friends have waited for more than a decade.

She went back home twice during those five years, but neither of the trips took place during the Christmas season because plane fares around that time cost much more than usual, and Ms. Guiao instead chose to save the money.

Even if they were more than 10,000 kilometres away, Ms. Guiao wanted to make her kids feel loved during the holiday season. She carefully chose the gifts that her kids would enjoy − boyish-style clothes for her daughter, who doesn’t like dresses, and a set of toy building blocks, such as Lego, for her boy − packing them into boxes for shipping.

She said it usually took two to three months for these boxes to be shipped to the Philippines, so she had to prepare them months in advance.

She vividly remembers watching her children from afar opening the gifts.

“They were so happy. They even video-chatted [with] me while opening the box. Just watching them getting excited over opening their toys really made me very very happy.”

But after two years, Ms. Guiao’s husband suggested she stop sending the boxes, partly because it was difficult to buy clothes for the kids since they were growing up so fast and she could never be sure of the correct sizes.

Christmas was a lonely time for her.

According to Canadian immigration data tabulated by Philip Kelly, a York University professor of geography who specializes in Filipino migration patterns, of the more than 7,000 people who are in Canada each year on caregiver visas, only about 500 to 600 annually in recent years have been able to make the transition to permanent residence.

Luzviminda Reyes Parayaoan was also separated from her family, living and working in Canada for almost six years as a caregiver in order to provide a better life for her children. When she left the Philippines in 2011, her two girls were five and 10 and her son was three.

Ms. Parayaoan said that compared with the Philippines, Canada has many more opportunities.

In February of 2017, the family of five were reunited in Toronto, where Ms. Parayaoan had been living.

She said she endured many difficult days when she was separated from her loved ones.

“It’s another country, another culture. I was thinking at that time it’s for their future … [and soon] this would be over and they would come.”

She only visited the Philippines once during those years of being apart. The rest of the time, including all the holidays, she was in Toronto alone, sometimes with the company of her siblings, who also live in Canada.

“Oh it’s so lonely. So sad,” she said, recalling those Christmases without her husband and kids. “You have to live with it whether you like it or not. You have to be fine.”

She got emotional when mentioning the year she missed her son’s seventh birthday, which is a significant date in Philippine culture.

She had to celebrate with him through Facetime and asked her daughter to read him a letter she had sent.

Recalling the letter, she told him she was sorry she wasn’t there for him on his seventh birthday. "But someday, somehow we are going to see each other.”

Last year, Ms. Parayaona spent her first Christmas in Canada with her family. They had a simple celebration at home over traditional Filipino cuisine.

“I was so happy,” she said, adding that all those tough days alone finally paid off.

Ms. Guiao’s family started a Christmas tradition in Canada four years ago and celebrate the holiday with her husband’s siblings. They exchange gifts and her husband prepares a Filipino feast of roasted pig and pancit (a type of noodles) and something sticky, such as a dessert called halayang ube.

“It’s our culture that sticky food represents being ‘sticking with the family,’ ” she said, laughing. “It symbolizes the family being together and sticking with each other.” 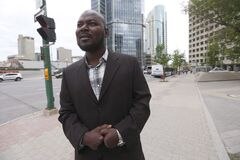 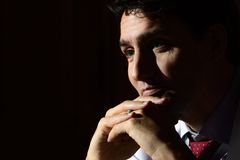