The number of deaths from illicit drugs among First Nations and Métis people and Inuit in B.C. between January and May of this year jumped by 93 per cent compared with the same period last year, reflecting unintended consequences of the battle against COVID-19.

“Many of our community members have very specifically said they don’t feel safe going to the hospital or even calling for an ambulance for the fear that they will be treated badly and not receive any kind of support beyond the immediate need of treating an overdose,” Shannon McDonald, Acting Chief Medical Officer of the First Nations Health Authority, said Monday on a video-conference to discuss the data.

B.C. is grappling with two public-health emergencies – the pandemic, and street drugs with high concentrations of the powerful opioid fentanyl that are killing thousands – at the same time as the provincial government has called an investigation into allegations of racist behaviour in at least one hospital.

First Nations people had a higher rate of overdose death – 5.6 times the rate for other B.C. residents between January and May.

Measures taken to prevent transmission of COVID-19 – such as reducing capacity in shelters and closing some public facilities – had the unintended negative consequence of forcing some people away from places where they would typically get support, Provincial Health Officer Bonnie Henry said.

Judy Darcy, Minister of Mental Health and Addictions, said in a statement last month that border closings to stop the spread of the coronavirus that causes COVID-19 have disrupted the usual illegal supply chains, leading to drugs that are more toxic than ever.

With COVID-19 numbers appearing to be under control, officials are looking at ways to support people who use drugs, including increased access to a safe supply, Dr. Henry said.

“We’re looking at how do we safely open up shelters, a concerted effort by a whole group of people to find supportive housing for people that includes the important mental health and substance use supports that people need more than ever right now,” she said.

B.C.‘s Chief Coroner, Lisa Lapointe, called for non-judgmental and non-stigmatizing medical care, saying some people who use drugs hesitate to seek help because they fear negative consequences, such as losing their job if they disclose drug use.

“Those are the types of things that push people underground – the continued stigma around using substances, rather than a comprehensive provincial and federal approach to this as a medical issue that we need to treat with medical solutions,” Ms. Lapointe said.

Earlier this month, B.C. Health Minister Adrian Dix appointed Mary Ellen Turpel-Lafond, B.C.‘s former child and youth representative, to investigate allegations that health care workers in at least one emergency room played a game in which they would guess the blood alcohol level of patients, including Indigenous people.

The issue was made public by the Métis Nation BC and BC Association of Aboriginal Friendship Centres, which said the allegations came up in training sessions.

B.C. declared a public-health emergency in April, 2016, in relation to an increase in overdose deaths.

In May, the most recent month for which figures are available, there were 170 illicit-drug toxicity deaths, up 93 per cent from the 88 in May, 2019. The May total was the highest recorded for illicit drug deaths in a month in B.C., and works out to about 5.5 a day. 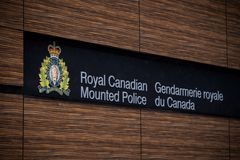 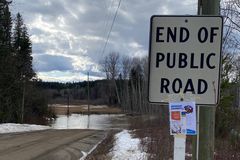 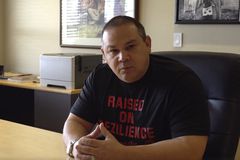 Coronavirus information
The Zero Canada Project provides resources to help you manage your health, your finances and your family life as Canada reopens.
Visit the hub
Follow Wendy Stueck on Twitter @wendy_stueck
Report an error Editorial code of conduct
Due to technical reasons, we have temporarily removed commenting from our articles. We hope to have this fixed soon. Thank you for your patience. If you are looking to give feedback on our new site, please send it along to feedback@globeandmail.com. If you want to write a letter to the editor, please forward to letters@globeandmail.com.
Comments