Lawyers for Huawei executive Meng Wanzhou say her bail conditions should be eased and she should not have to be accompanied by guards when she goes out during the day to reduce the risk of contracting the coronavirus from the changing roster of personnel.

“We’re not seeking to vary the physical and electronic surveillance of her residence, but allowing her to leave without having to be in a vehicle with Lions Gate [Risk Management Group], and wherever she goes, followed by several Lions Gate personnel,’' said William Smart, a member of her defence team.

Ms. Meng’s husband, Liu Xiaozong, said during cross-examination on Tuesday that his wife is at increased risk from COVID-19 because she had surgery for thyroid cancer years ago.

Mr. Liu acknowledged that he, Ms. Meng and their two children were with about 10 others from Huawei at a restaurant in Richmond, B.C., on Christmas Day. He said the restaurant was open exclusively to them. Mr. Liu said the couple were also at a gathering of seven in a house rented for Huawei employees.

The United States accuses Ms. Meng of misleading foreign banks regarding the nature of the relationship between Chinese telecom giant Huawei Technologies Co. Ltd. and Skycom Tech Co. Ltd., which the U.S. Department of Justice calls a subsidiary that sold telecommunications equipment to Iran.

Ms. Meng’s lawyers are fighting her extradition on a number of fronts, including arguing that she was subjected to abuse of process during her arrest.

On Dec. 11, 2018, Ms. Meng was released on $10-million bail. B.C. Supreme Court Justice William Ehrcke, who is also holding the hearing this week, ordered Ms. Meng to wear a GPS ankle-bracelet to keep her in or near Vancouver and away from its airport.

The Huawei executive has been under 24/7 surveillance by Lions Gate, but is free to move around the city outside an 11 p.m. to 6 a.m. curfew. Doug Maynard, president and chief operating officer of Lions Gate, on Tuesday testified that his staff follow the provincial guidelines. Safety measures include sanitizing vehicles, wearing masks and a temperature check before and after their shifts, he said.

Ms. Meng’s lawyers want to remove the physical presence of the guards when Ms. Meng is outside her house during the non-curfew time.

Mr. Liu testified the private security has also made it difficult for the couple and their 18-year-old son and 12-year-old-daughter to spend time as a family. The children are afraid of being publicly identified when they go out, he noted.

He said he was exempted from COVID-19 travel restrictions by Canadian immigration authorities and arrived in Vancouver last October, with the children following in December. He said they quarantined with Ms. Meng in one of their two residences in Vancouver.

But Mr. Gibb-Carsley suggested that if Mr. Liu was truly worried about his wife’s health, he and his children would have quarantined away from her.

Mr. Liu said Ms. Meng has about 10 people in Vancouver to support her work and case. He said he is not concerned that these people, who are outside their family bubble, may pose risks to Ms. Meng’s health because they don’t have family in Vancouver, or other contacts. Seven of them have been vaccinated, he noted.

“Ms. Meng can still go shopping as long as it’s in that geographic area. She can go to restaurants? She’s able to socialize outside of the house? Nothing prevents her from doing these on this bail condition as long as it’s not during the curfew of 11p.m. to 6 a.m.,” Mr. Gibb-Carsley asked.

Two Canadians – Michael Kovrig and Michael Spavor – were arrested in China after Ms. Meng’s arrest and have spent two years in harsh prison conditions. In June, they were formally charged with espionage, although China has not disclosed any evidence. 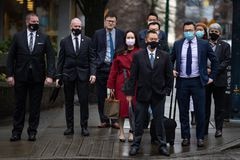 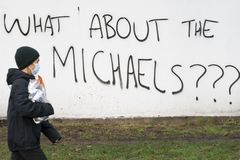 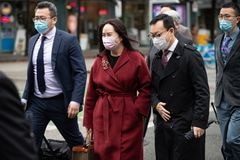