About two years back, Andy Schwanicke, owner of Croation Mobile Home Park in Campbell River, leased five small spaces on his land to people in RVs. He knew he was contravening city land-use bylaws, so he set about trying to change the rules.

He applied for a permit to house the RV owners on a three-year trial basis. “I canvassed my neighbours. We had overwhelming support.” Nonetheless, Campbell River’s planning department staff refused to endorse the plan and Mr. Schwanicke was told his last hope was to plead his case before council.

The hearing was set for Monday but has now been indefinitely postponed. When the day comes, Campbell River, a resource town where many have fallen on hard times, will have a chance to do right by this marginalized segment of B.C.’s residents. Because if one municipality approves RVs in mobile-home parks, it’s possible others might follow, legitimizing a situation that exists underground province-wide.

Mr. Schwanicke’s five tenants are among thousands of British Columbians living in RVs. He’s counted more than 100 in his city and says there are hundreds of others in Vancouver Island communities such as Comox, Courtney and Victoria. Add in the hundreds more living in RVs in the Lower Mainland – there are nearly 200 in one Surrey mobile-home park alone. They were recently granted an eviction reprieve while the landholder’s lawyer negotiates for city zoning changes that would allow them to stay. Add more still in the B.C. Interior and Kootenays and the numbers are easily in the thousands.

Near as I can tell, apart from land under Indigenous control, there isn’t a municipality in the province where this is legal. Most municipalities, aware that a crackdown would render many people living in RVs homeless, turn a blind eye until someone complains. That leaves even those RV dwellers living off the street in mobile-home parks fearful that any day they will be forced to move on.

There are reasons municipalities are reluctant to sanction people living in RVs. RVs are not typically hooked up to sewer systems and an irresponsible owner could create a nasty mess. Power that’s not solar usually comes via an extension cord, which isn’t the safest. Some RVs have been kitted out for warmth with wood stoves, posing additional safety concerns. And although they must have Canadian Standards Association approval to be sold in B.C., RVs are considered vehicles, not homes, and even those in mobile-home parks aren’t assessed for taxes.

Mr. Schwanicke says that in a mobile-home park, there are workarounds for some of the problems; sewage disposal could be hooked up and electrical connections hardwired. All it would take to make it work is an open mind and some creativity. Campbell River should take the plunge.

Our governments have failed to invest in enough affordable housing and most people living in RVs can’t afford to rent or buy. Mr. Schwanicke says he didn’t advertise his five spots – word just spread through social media and neighbourhood chit-chat. “I received over 200 inquiries over three years from folks looking for a place to live and park their RV,” he says. Some begged and pleaded. “They had nowhere else to go.”

Andreas Brednow was one of the lucky ones who nabbed a spot at Croation Mobile Home Park about two years ago. He and his wife bought an RV when Mr. Brednow’s parents, who lived in Courtney on a large property, fell ill. “Dad had a stroke and Mom had Alzheimer’s,” Mr. Brednow says. The Brednows received permission from the city on compassionate grounds to live on the property in their RV for a year to care for his parents. By the time the year was up, Mr. Brednow’s father had died, and his mom had moved to a seniors’ home. The Brednows are too old to buy. And a house such as the one they used to rent in Campbell River for $1,000 a month would now cost about $2,400, Mr. Brednow says. They feel lucky to live in Croation Park. His mother-in-law lives in an RV next door and it’s easy for them to help her when needed. It’s a nice set-up. And there is no compelling reason why it shouldn’t be allowed to last. 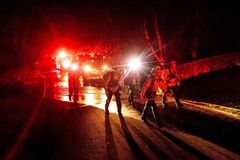 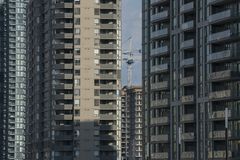 Canadian couple found dead in Florida mobile home
March 25, 2019
Follow us on Twitter @GlobeBC Opens in a new window
Report an error Editorial code of conduct
Due to technical reasons, we have temporarily removed commenting from our articles. We hope to have this fixed soon. Thank you for your patience. If you are looking to give feedback on our new site, please send it along to feedback@globeandmail.com. If you want to write a letter to the editor, please forward to letters@globeandmail.com.
Comments