The federal government has announced $10-million in new RCMP funding to give Mounties better technology to improve their money-laundering investigations, but B.C. says it needs more actual boots on the ground from the federal agency to crack down on this sophisticated crime.

After a special Thursday meeting in Vancouver of Canada’s provincial finance and justice ministers on the issue, federal Finance Minister Bill Morneau said that the money will enable the RCMP to better share information and upgrade its databases “so that we get that ability to actually prosecute.”

“We do need to get at the prosecution of the bad guys," Mr. Morneau told reporters.

British Columbia’s NDP government has called on Ottawa to bolster the resources dedicated to prosecuting criminals estimated to have laundered billions of dollars through the provincial economy each year. Last November, a massive investigation into an unlicensed Richmond, B.C., currency exchange accused of washing hundreds of millions in ill-gotten gains collapsed months before the start of a trial after the Crown inadvertently disclosed sensitive evidence. A recent report commissioned by the province found there were only five RCMP officers in the province investigating serious and organized crime offences such as money laundering and those officers were only forwarding these cases to the B.C. Civil Forfeiture Office, which means they have exhausted the possibility of criminal charges.

B.C. Finance Minister Carole James welcomed the new funding announced Thursday, but said her government is continuing to push Ottawa to bolster the number of federal investigators on the West Coast.

“We feel that the critical piece that needs to be addressed is the issue of enforcement,” she told reporters at the joint news conference. “We certainly are doing everything we can to share data, to share information, but the information is only as good as the people that will move it ahead in criminal investigations.”

Neither Mr. Morneau nor Bill Blair, the Minister of Border Security and Organized Crime Reduction, would say where the extra $29-million in anti-money-laundering spending announced in the latest federal budget is being allocated among the different divisions of the RCMP and the country’s financial-intelligence watchdog. The budget also earmarked $50-million over the next five years for the Canada Revenue Agency to create residential and commercial real estate teams to audit “high-risk regions” in B.C. and Ontario.

B.C. Attorney-General David Eby said his government’s recent report found many ways in which the RCMP could tackle money laundering in the province, including shutting down unlicensed money services businesses as well as investigating the people connected to the fentanyl trade who are using the court system to get paid back millions in private debts tied to real estate.

“The imminent threat that we’re facing is the lack of policing,” Mr. Eby told The Globe and Mail after the news conference.

Mr. Morneau said the ministers also discussed making corporate ownership of real estate more transparent through beneficial ownership registries, though there was no final commitment from provinces on the topic. He said Ottawa cannot simply create a framework for such registries because there are issues around privacy and regulation, but he heard around the table that everyone was willing to take the next steps.

Mr. Morneau also said Ottawa is creating a new working group with the Federation of Law Societies of Canada in order to enhance the anti-money-laundering oversight in this sector.

Lawyers have been exempt from reporting suspicious transactions since a 2015 Supreme Court of Canada decision, which found this requirement unconstitutional because it put lawyers at risk of unreasonable search and seizure or jail time if they refused to give up records and violate their solicitor-client privilege. 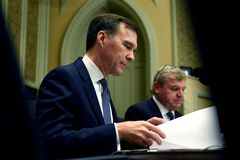 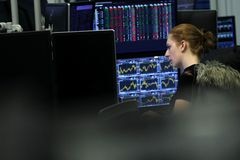 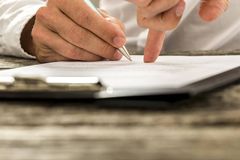