The spotlight on how police respond to mental health calls has prompted an RCMP commander in B.C. to push for the expansion of teams that pair an officer and a nurse.

Chief Supt. Brad Haugli of the southeast district said Thursday that the police and crisis program has been effective in de-escalating situations involving people in crisis and helped ease the referral process when treatment is necessary.

Police and crisis teams operate in Kamloops and Kelowna in partnerships with the Interior Health Authority.

“My goal is to greatly expand this needed service at existing locations as it is not always available, and introduce it into as many of our communities as possible,” Haugli said in a statement.

Similar partnerships between police and health-care providers exist in Vancouver, Surrey, Prince George and several other Canadian cities, including Toronto, Calgary and Halifax.

Haugli has sent a letter to Interior Health indicating his desire to expand the program and Karen Bloemink, vice-president of clinical operations, said the health authority would follow up.

“We have a high commitment to working with our partners to improve and streamline the ability to access services in a way that’s easier for individuals,” Bloemink said in an interview.

However, she said Interior Health has no plans to expand the police and crisis teams.

“Our mental health nurses are highly skilled and quite valuable resources in our system,” she said.

“It’s not the most effective use of scarce health-care resources, especially when we know there’s such a significant demand for mental health services for the whole population.”

“We’re hoping that we can influence the mental health of individuals in a broad sense and then have our crisis response programs overlaid on top of that.”

“They’re available to advise that kind of thing and we feel that there may be an opportunity for us improving in terms of process and how we work together.”

But enhancing a single service, such as the police and crisis teams, wouldn’t effectively address the complex situations that health-care providers and police face, Bloemink said.

Haugli also cited the case of a University of British Columbia nursing student for his decision to try and expand the use of police and crisis teams.

The RCMP has said a police and crisis team in Kelowna was not on duty when an officer responded to a request to check on the well-being of nursing student Mona Wang in January.

In a statement of claim filed in B.C. Supreme Court, Wang alleges she was injured during the check by Cpl. Lacey Browning, who took Wang into custody under the Mental Health Act.

None of the allegations in the lawsuit has been proven in court and statements of defence filed by Browning, the Attorney General of Canada, and British Columbia’s minister of public safety and solicitor general deny any wrongdoing. All three are named as defendants in the case.

Surveillance video from Wang’s apartment building shows a female officer dragging the student face first down a carpeted hallway and into an elevator. The officer then briefly steps on Wang’s head while waiting for additional first responders in the lobby.

The RCMP has not identified the officer shown in the video, which was disclosed by court order as part of the civil lawsuit.

Haugli said when the video was shared with senior management at the Kelowna detachment a code of conduct investigation was started and it will be sent to an external police agency for review.

“Once this is complete, the investigative findings will be shared with Crown counsel for their review and determination if a criminal charge should be advanced,” he said, adding that the officer has been placed on administrative duty.

Haugli said he wants to establish a platform that allows police to access health information in real time when a nurse is not available to respond to a mental health call.

Calls related to mental health have increased across the southeast district, he said, and the number of people being arrested under the Mental Health Act has also increased. There was a 21 per cent jump in calls between 2016 and 2019, with 15,099 calls last year, he said, and this past May saw the highest-ever number of calls in a single month with 1,456. 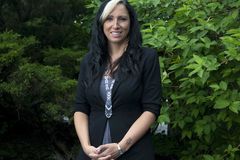 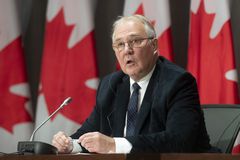 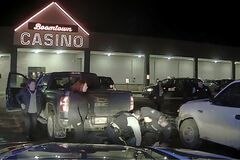