Eight years have passed since David Lloydsmith learned British Columbia’s Civil Forfeiture Office wanted to seize his modest two-bedroom bungalow, but he says the panic and anger that gripped him that day have not gone away.

Mr. Lloydsmith is still outraged that the office tried to seize his home based on a police search without a warrant that produced no criminal charges. B.C.’s Supreme Court and Court of Appeal eventually ruled his rights were violated, but he says the emotional scars remain.

“It cost me friends. It cost me a relationship. I still haven’t been able to have another relationship since,” he said, adding he still owes a friend money for helping cover tens of thousands of dollars in legal bills.

“I have serious trouble sleeping. It’s done damage to me that I don’t know if I can ever get over.”

Critics of civil forfeiture hailed the Lloydsmith decision as one that sent a message about the need to protect Charter rights. Some were shocked on Tuesday when the B.C. government announced it intends to dramatically expand civil forfeiture.

Calling it the “most significant revision” of the Civil Forfeiture Act since its introduction in 2006, Public Safety Minister Mike Farnworth announced three proposed changes, which he said were aimed at organized crime and fentanyl trafficking.

Under the changes, the onus would be shifted to a defendant to prove that an asset is not an instrument or proceed of unlawful activity, in cases where the Civil Forfeiture Office provides the court with “sufficient evidence” clearly linking the asset to crime.

The office would also be able to ask a judge to order an accused person’s assets be held before it formally sues them, and finally, it would be able to compel banks to hand over information before customers transfer assets.

Shifting the burden of proof to a defendant is “obviously terrible,” said Micheal Vonn of the B.C. Civil Liberties Association.

The Civil Forfeiture Office files lawsuits to seize assets believed to be the proceeds or instruments of illegal activity, regardless of whether the asset owner has been charged or convicted, and even if they’ve been acquitted, of a crime.

Ms. Vonn noted the standard of proof is already lower in a civil trial than a criminal one. In civil proceedings, one party’s case must simply be more probable than the other’s, while in criminal trials, guilt must be proven beyond a reasonable doubt.

Civil forfeiture defendants are also ineligible for legal aid, unlike many people charged with crimes, she added.

“Now, they’re actually reversing the onus on certain portions of this,” Ms. Vonn said. “So you show up in court – very lucky if you’re able to defend yourself at all, vis-a-vis counsel or otherwise – to prove that you are not guilty.

“That’s a standard that almost never will you see justified constitutionally.”

As for the amendments aimed at stopping people from transferring assets before they can be seized, Ms. Vonn said she’s concerned about the forfeiture office accessing banking information using a lower legal standard than police.

“We have processes whereby police are entitled to investigate on a warrant standard of reasonable and probable grounds. We have a reason for that – so we protect against abuse,” she said.

There is already a criminal forfeiture process that seizes assets after conviction, she added.

She said the civil liberties association would consider challenging the amendments if passed, adding she’s baffled by Mr. Farnworth’s comments that the government consulted with experts and believes the amendments are constitutional.

“There is no case where someone is going to go to jail for this,” he said. “The question is: Is there enough evidence to show that an asset, a property, is either the proceeds or an instrument of unlawful activity?”

The Supreme Court of Canada has upheld provincial civil forfeiture laws, he said, ruling unanimously in 2009 that they aim to deter crime and do not encroach federal jurisdiction over criminal offences.

“Certainly, it’s still incumbent on the director to bring evidence to satisfy the court that the forfeiture is in the interests of justice,” Mr. Tawtel said.

The office has brought in $87-million since 2006, spending $37.5-million on crime prevention initiatives and $1.63-million on victim compensation. The remainder has been spent on legal counsel and office operations, Mr. Tawtel said.

Bibhas Vaze, a lawyer who has represented many civil forfeiture defendants including Mr. Lloydsmith, said he’s worried that in the face of criticism about the office, the government wants to expand it further.

Police showed up at Mr. Lloydsmith’s home in Mission in 2007 and said they were investigating a 911 call. When he refused to let them in, they forced their way in and found, seized and destroyed a number of marijuana plants.

Mr. Lloydsmith said the plants were for his own medical use and he was not charged. Nevertheless, the forfeiture office sued to seize his home in 2011, and only abandoned the case after the courts ruled the “unreasonable” search violated his rights.

Mr. Vaze said civil forfeiture enables the government to use evidence found in illegal police searches that would not be admissible in criminal trials.

Mr. Tawtel responded that it’s up to the court to decide whether charter breaches have occurred and what the remedies are.

“I’m not out there saying that government should not be able to seize assets of people who are engaging in illegal activity,” Mr. Vaze said. “The problem is: at what cost?” 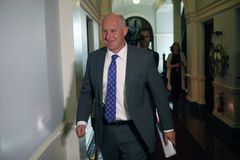 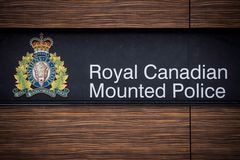 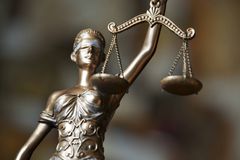