Brian Kwon had recently started a residency in Vancouver when he began treating an 18-year-old hockey player who was paralyzed after smashing into the boards.

Aaron Moser had been playing for the Nanaimo Clippers when the accident happened in 1998. Dr. Kwon, three years out of medical school and himself a hockey player, connected with the injured teen, who was now quadriplegic.

The relationship helped spark a career seeking a treatment for spinal cord injuries. Dr. Kwon’s work has just earned him a $1-million award from the ground, a non-profit organization that supports people with such injuries. He is the only Canadian among the three recipients named on Thursday as the first winners of the foundation’s new Visionary Prize.

“I was really struck by how we could surgically fix the bones around the spine, but we really didn’t have a good way to try to fix the spinal cord that caused the lasting paralysis,” Dr. Kwon said in an interview.

“Seeing how devastating that was for the lives of these people that suffered this injury really made me want to pursue that.”

Dr. Kwon is an orthopedic spine surgeon at Vancouver General Hospital and a professor in the Department of Orthopaedics, University of British Columbia. The other two recipients are Andrea Dalzell, a nurse who uses a wheelchair and has been on the front lines of the COVID-19 pandemic in New York; and Reveca Torres, a Chicago-based artist who founded a non-profit organization that connects people with spinal cord injury to their communities.

The Craig H. Neilsen Foundation said on its website that Dr. Kwon has “made several landmark contributions” to treatment and rehabilitation. It noted that he has sought to bridge the gap between scientific discovery and clinical practice. His achievements include studies of how blood pressure management could be optimized to enhance recovery after spinal cord injury and how the biological responses to injury can be used to identify new targets for treatment.

Dr. Kwon said the award came as a surprise.

I was “pretty shocked, very surprised. And I felt very humbled by the award.”

Throughout the years, Dr. Kwon witnessed many breakthroughs in his field, including understanding the surgical management of patients with spinal cord injuries.

“I think we now understand, which we didn’t necessarily understand say 20 years ago, the importance of having patients with spinal cord injuries transferred immediately to a specialized spinal cord injury centre, where they can have surgery to decompress and stabilize the spinal cord as soon as possible,” he said.

Robert McMaster, vice-dean of research for the UBC Faculty of Medicine and executive director of the Vancouver Coastal Health Research Institute, said this award to leading researchers such as Dr. Kwon will advance people’s understanding of how existing treatment, therapeutics and clinical practice can contribute to addressing the burden of traumatic spinal cord injury.

Dr. Kwon said many goals are still ahead. For instance, he is trying to develop techniques for better understanding how to deliver the optimal blood supply to the injured spinal cord, and to establish some of the biological characteristics that will allow researchers to define the nature of the injury.

Dr. Kwon has established the International Spinal Cord Injury Biobank, where he collects tissue and blood samples from people with such injuries. He said he wants to share that tissue with other scientists to facilitate their research as well as his own.

Dr. Kwon said researchers are aiming for the full restoration of function for people with spinal cord injury. He believes that is possible, but it will be a "very slow, incremental process.”

Dr. Kwon said he hasn’t figured out what to do with the prize money, but he expects to direct some to further research. 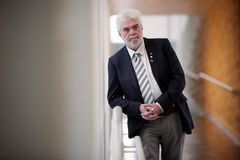 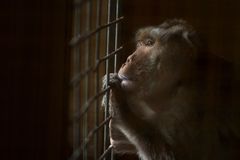 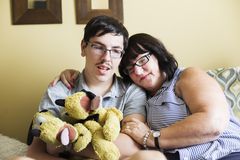