Ottawa’s decision to nationalize the Trans Mountain pipeline project and get the bulldozers rolling this summer has transformed the opposition on B.C.’s coast: The fight is no longer with a Texas oil giant − this is now Justin Trudeau’s pipeline.

“All hell is about to break loose in British Columbia,” said long-time environmental activist Tzeporah Berman, who knocked on doors for the federal Liberals in British Columbia in 2015, helping Mr. Trudeau secure a decisive majority government, including 18 seats in Canada’s westernmost province.

“After a decade of the Harper government, I thought he was a dream come true,” Ms. Berman said on Tuesday, echoing the outraged disappointment of environmentalists and Indigenous leaders who have vowed to continue the fight.

Within hours of the decision’s announcement, opponents had organized a rally. Ms. Berman, a former adviser on oil sands development to Alberta Premier Rachel Notley, was scheduled to speak alongside Vancouver’s Mayor Gregor Robertson and Indigenous leaders from across the country.

Environmentalists jumped on the Trudeau bandwagon because the Liberal Leader had promised to respect Indigenous rights, fight climate change and end fossil-fuel subsidies. In his international debut as Prime Minister, Mr. Trudeau was accorded rock star status at the United Nations climate conference in Paris in December, 2015.

Now activists see his decision on Tuesday as a betrayal. With plans to renew construction activity this summer, the protest movement around this pipeline promises to be heated.

Opponents see Kinder Morgan’s decision to sell the pipeline as a victory of sorts, claiming that their grassroots opposition has chased away private investors. Now, however, their energy is directed at a prime minister who they once saw as an ally.

“This is a betrayal by a government who ran on a hopeful vision for a better future,” said Andrew Weaver, the B.C. Green Party Leader.

However, leaders of First Nations that signed economic agreements with Kinder Morgan welcomed the decision. “This is an opportunity for our young families to get training and jobs, to build homes and careers,” said Chief Ernie Crey of the Cheam First Nation.

Monica Gattinger, director of the University of Ottawa’s Institute for Science, Society and Policy, said her polling research shows strong national support for federal intervention to support the pipeline.

“The vast majority of Canadians believe that Canada should develop its oil and gas resources, that it can be done responsibly,” she said, “and that the federal government should be leading decision-making on these issues.”

West Coast opponents of the pipeline, on the other hand, are incensed that their own tax dollars are being used to force the project through.

Peter McCartney, climate campaigner for the Wilderness Committee, warned that an oil company owned by the government of Canada will now be “dragging protesting Indigenous youth off their own territory to make way for its reckless pipeline and tanker project.”

Will George, a spokesman for the Tsleil-Waututh First Nation, which has led resistance to the project, said the federal takeover guarantees a broader coalition of opposition in the coming months. “We’re going to gather more allies within the nations of B.C. and across Canada,” he said. “Now it’s everybody’s problem.”

B.C. Premier John Horgan told reporters in Victoria he will continue to seek ways to limit the flow of oil through the pipeline.

Mr. Horgan said Mr. Trudeau’s commitments to reconciliation with Indigenous peoples are coming to an unavoidable conflict with this pipeline.

He notes the key hurdle now is a federal Court of Appeal challenge that revolves around Indigenous rights and title: “That is the larger issue that has been skated [past] by both Alberta and the federal government and at some point in the very near future, they are going to have to come to terms with that.”

More than 200 people have been arrested already at a Kinder Morgan facility in Burnaby, B.C. But the next protester who is arrested will be handcuffed in the name of Mr. Trudeau and his Liberals, University of B.C. political scientist Kathryn Harrison said.

“And when the next oil leak happens, it will be Justin Trudeau’s oil leak. There are a lot of political risks for the federal Liberals,” she said. 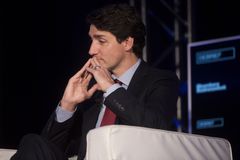 Kinder Morgan walks away from Trans Mountain a little richer, but real prize is cash that would flow from tariffs Subscriber content
May 29, 2018 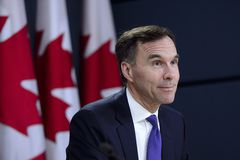 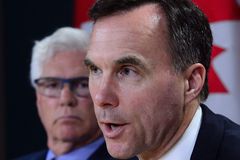