The Ontario government has told local public-health units it is slashing provincial funding for programs such as food safety and water-quality inspections and immunization controls – cuts amounting to almost $200-million over the next two years in Toronto.

Mayor John Tory condemned the move, which he said was “hidden” in the recent provincial budget and came without any consultation. He warned the cuts could put lives in his city at risk.

“It is impossible to not to see this as a targeted attack on the health of our entire city and, in particular, the health of Toronto’s most vulnerable people,” he said in a statement.

In its first budget last week, the Progressive Conservative government said it would consolidate the province’s 35 public health units into 10 as a cost-saving measure. But in a Thursday conference call, the Health Ministry told public health officials from across the province it would be phasing in funding cuts to some programs by as much as 50 per cent, Toronto city councillor and board of health chair Joe Cressy said, with municipalities left to fund the gap.

Mr. Cressy, who was on the call, said Toronto Public Health will see its $255-million annual budget chopped by $86-million this year and $107-million next year. Over 10 years, he said, the cuts would see $1-billion pulled out of public health in the province’s largest city.

Programs that had been completely covered by province, including diabetes prevention, food safety, water quality and tobacco-use prevention, would now only receive 50 per cent of that provincial funding, according to Mr. Cressy. He said other programs for which the province now covers 75 per cent of costs would also be reduced to 50 per cent, including prenatal care, ensuring children are properly vaccinated, tuberculosis control and sexual-health programs.

“People will die. That is not an exaggeration, that is not rhetoric,” Mr. Cressy said.

Health Minister Christine Elliott’s office did not respond to a request for an interview. Hayley Chazan, a spokeswoman for the minister, declined to provide any budget numbers of her own, saying the conference call was meant to be confidential. She did confirm the province was reducing its funding and shifting more responsibility for public health to municipalities.

“In an effort to fear monger and sow confusion, Joe Cressy is fundamentally misrepresenting the facts,” Ms. Chazan said in an e-mail.

“Here’s the truth: our government is strengthening the role of municipalities in the delivery of public health. We are working directly with our municipal partners as we slowly shift the cost-sharing funding model over the next three years to reflect municipalities’ stronger role,” she wrote, adding the government has “every expectation” public-health units will be “properly funded.”

After the consolidation of health units, Toronto’s will remain a standalone entity. However, the new, larger health units being created outside Toronto will see the province cover 60 to 70 per cent of their costs, Mr. Cressy said, even though Toronto is to move to a 50-50 model, with half of its costs covered by the city.

Mr. Tory said the cuts single out Toronto for “harsher” treatment and put funding for a long list of programs in question, including 600 school breakfast programs, daycare safety inspections and the detection and response to infectious diseases such as the H1N1 flu. He said he would seek to have the cuts reversed.

Mr. Cressy argued that public-health units offer preventative measures that keep people from ending up in hospital and costing the health system even more money, noting the Ontario government’s goal of ending what it calls “hallway medicine” in the province’s crowded hospitals.

Toronto NDP MPP Marit Stiles called the cuts, conveyed to public-health units without warning on the afternoon right before the Easter long weekend, shocking and unacceptable. 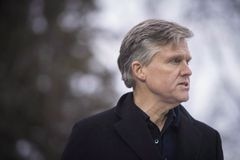 Does class size matter? Many teachers are adamant it is crucial
April 18, 2019 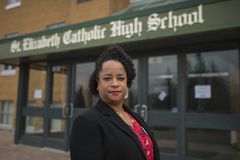