The fate of Ontario Premier Doug Ford’s move to pare Toronto’s city council to just 25 members in the middle of an election campaign is now before a Superior Court judge.

At the close of a daylong hearing Friday, Justice Edward Belobaba said he would not have a ruling until Sept. 10 or 11 – just days before the extended Sept. 14 deadline for nominations ahead of Toronto’s looming Oct. 22 vote. He acknowledged that whatever he decides will likely be appealed.

And he told his courtroom he still had no idea how he would rule: “I am not sure yet which way this is going to come out.”

About 100 people, including council candidates involved in the case and many members of the public, sat in the gallery for the hearing as lawyers for the city and for council candidates made their case against Mr. Ford’s move. They argue it violates both the Charter of Rights and Freedoms and “unwritten constitutional principles” of democracy and the rule of law.

The province counters that cities are created by provincial legislation and have no constitutional status, and that Queen’s Park is well within it rights to redraw Toronto’s ward boundaries – even with an election under way.

Bill 5, the Better Local Government Act, was rushed through the Ontario Legislature and passed Aug. 14, even though campaigning for Toronto’s municipal election began May 1. The move reduced the number of wards to 25 from 47, using the federal and provincial riding boundaries instead of new wards approved by the city and the Ontario Municipal Board after a four-year review.

While the idea was never mentioned during the campaign before the June 7 provincial vote that put Mr. Ford into power at Queen’s Park, the former Toronto councillor and mayoral candidate had long held that Toronto’s “dysfunctional” council needed to be cut down to size.

Justice Belobaba said as proceedings got under way that he was focused on the argument that the law violates the free-expression guarantee in the Charter, and whether the Charter’s voting-rights provisions – normally reserved for the House of Commons and provincial legislatures – could apply to a municipal vote.

He also asked questions about the issue of whether the much larger wards – with an average of 110,000 residents – would impede what is known as “effective representation” for citizens, a concept upheld in a previous Supreme Court ruling. Federal MPs do not deal with local issues such as “speed bumps” and “manholes,” he said, and citizens have a right to access their local representative.

The city’s lead litigator, Diana Dimmer, called Bill 5 an unprecedented move to interfere in an election that was well under way: “There is no precedent for this, your honour, where a government has interfered like this midstream in an election and that simply cannot be justified in a democratic society.”

Lawyer Howard Goldblatt, acting for a group of candidates for council including school trustee Chris Moise, said the province had rewritten the rules “not in the middle of the game but when the third quarter of the game had begun.”

Mr. Goldblatt argued that redrawing Toronto’s local electoral map essentially tosses out all of the campaigning done to that point, violating the Charter’s free-speech provision. He also said most candidates cannot hope to raise any more money, having already raised the maximum limit from their donors, meaning those funds have essentially been wasted.

Lawyers for the Ontario government argued that constraining the province’s right to do as it wished with its municipalities would create a “constitutionally entrenched third order of government,” insisting that the way municipal elections are carried out is solely up to the province.

But Justice Belobaba peppered the government’s lawyers with questions. At one point, he told the government’s lead lawyer, Robin Basu, that he doubted the Ford government bothered to get a legal opinion on whether Bill 5 was constitutional before rushing it through the Legislature: “I bet the answer’s no.”

Later, Justice Belobaba questioned government lawyer Yashoda Ranganathan repeatedly about whether she believed Queen’s Park needed to abide by the Charter when drawing up legislation that allows for municipal elections.

She responded by asserting the government’s argument that the Charter’s voting-rights provisions do not apply to municipalities. 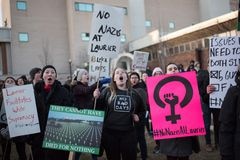 Opinion
Doug Ford could use some ‘Common Sense’ when it comes to transparency
August 30, 2018 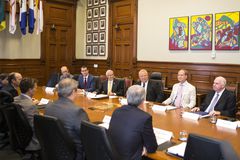