The mother and girlfriend of a young man killed in an Uber crash in Toronto have filed a multimillion-dollar lawsuit against the company and city, alleging “wanton and outrageous disregard” for safety.

The lawsuit was filed recently in Ontario Superior Court of Justice, nearly two years after the death of Nicholas Cameron in a collision on Toronto’s Gardiner Expressway. The city is currently looking for companies to provide training for ride-hailing drivers, but has left undefined the form this instruction will take.

The man driving the Uber Mr. Cameron was in when he was fatally injured is also named in the suit, as well as the driver of the other vehicle involved in the collision.

“Suit or no suit, I think that the attitude towards public safety by the city has to get laundered a bit. I mean, I don’t buy that they’re helpless. … I just don’t buy that [safe regulation] is just such an impossible task.”

The suit, the allegations of which have not been tested in court, seeks $3.5-million in damages for Ms. Hawkes. It seeks another $3.5-million for Mr. Cameron’s girlfriend, Monika Traikov, who was also injured in the crash.

A spokesman for the City of Toronto said that they would reserve comment. Uber did not respond Tuesday afternoon to requests for comment. Neither driver could be reached.

The city’s current vehicle-for-hire bylaw, which took effect at the start of the year, was passed last summer. In a reversal from three years earlier, when they had last tried to regulate ride-hailing, council decided to make driving training mandatory and directed staff to “give consideration” to instruction programs that included an in-car and/or in-class component.

According to city rules posted online more recently, no time in a vehicle may be required. Companies are being invited to apply to provide the training – with a March 13 deadline for submitting their proposals – and have been told they may use “a combination of approaches: classroom, in-car, online.” All ride-hailing drivers are required to pass a city-approved course by the end of 2020.

Ms. Hawkes reiterated Tuesday the suit’s criticism that training is not sufficient for ride-hailing drivers, calling the requirements “way too soft.”

The collision that killed Mr. Cameron occurred in the early hours of March 21, 2018, after he and Ms. Traikov summoned an Uber to take them to the airport.

According to the suit, the driver was distracted by his phone and unfamiliar with the route. He initially headed the wrong way on the Gardiner Expressway and later, after his phone fell from its mount to the floor of the vehicle, he pulled off to retrieve it. As he re-entered the flow of traffic, his vehicle was struck by another motorist. 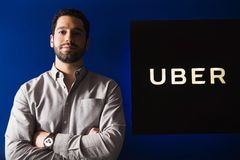 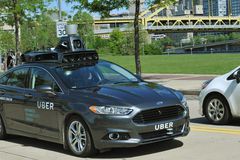