A popular Syrian restaurant in Toronto reopened Friday amid messages of support and media attention, just days after its owners said a flood of threats had forced them to close.

Members of the Al-Soufi family said an outpouring of support from people across the country convinced them to reconsider their decision to shut down Soufi’s, a downtown restaurant that’s been hailed internationally as a refugee success story.

Hand-written notes of encouragement were posted on the front door, while supportive emails were printed out and plastered on a wall inside.

“We’re here of course for the delicious food,” said Melissa Milkie, who was among the first customers through the door. “And to support the business.”

She said she’s a regular of the Syrian joint, coming with her family every other Sunday to grab some flatbread for lunch. One of Milkie’s grandmothers is from Syria, she said, so she feels a special kinship with the place.

“A friend of mine who lives around here texted me the story and it was really upsetting,” she said. “Right away it was a really impactful story for a number of reasons. We talked about it as a family, and about the meaning of the threats.

She said she wanted to show that threatening messages won’t be tolerated in Canada.

“Just how devastating a threat can be, even if it’s very unlikely to come to fruition, all the chaos it creates, and all the horrors behind what it means for this family, the business, the community, and the sadness of it,” she said. “So we’re super happy to see it open.”

Meanwhile, Toronto police have said they’re investigating a complaint from the family, who have said they handed over hundreds of threatening messages to the force.

The Al-Soufis have linked those threats to a September event in Hamilton featuring People’s Party of Canada Leader Maxime Bernier that drew a crowd of angry protesters – reportedly including the family’s eldest son.

Media reports said Alaa Al-Soufi was among the demonstrators at the Sept. 29 event, video of which showed masked protesters blocking the path of an elderly woman who used a walker.

The head of a Toronto-based Middle Eastern restaurant chain, Paramount Fine Foods, has offered to run the eatery until the owners feel safe again.

Mohamad Fakih has said the Al-Soufis will retain ownership and receive all the profits. 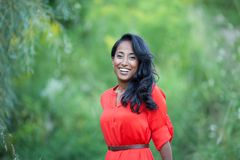 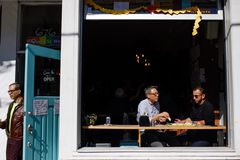