A storm was brewing when I drove my wife to the drugstore for her vaccine on Thursday.

At 62, she is one of the lucky people in the 60-64 age group that found herself suddenly eligible for a jab. Authorities approved the AstraZeneca vaccine, but not initially for those (like me) who are 65 or over. All this week, my wife and her pals were madly calling pharmacies to try to book an appointment. Texts flew back and forth about which places were taking bookings.

One finally gave her a slot for next week. Then, on Thursday, another called her back. Could she come in that very day at 6:15 p.m.? She could! We arrived a few minutes beforehand and dashed through a downpour into the brightly lit downtown pharmacy. A friendly woman named Ayesha in a white coat and mask took my wife’s details, swabbed her shoulder and, boom, she was vaccinated.

It was a year to the day since the World Health Organization declared a global pandemic. And what a year. More than 22,000 deaths in Canada; 2.6 million worldwide. A global economy turned upside down. Sub-epidemics of mental illness and drug overdoses. Even families like ours, with steady work and good support, have been feeling the strain of these months of isolation and anxiety. It’s hard to stay positive amid the relentless scroll of bad news.

It is not over yet, either. Friday’s paper reported that Canada had recorded 210 deaths from COVID-19 over the last seven days – 29 per cent fewer than in the previous week, but still an awful number. This week’s headlines talk of a possible third wave of infections if variant strains of the virus continue to spread. The most vulnerable groups continue to suffer disproportionately.

And yet hopeful signs abound. After a frustrating winter of delays, vaccine deliveries are ramping up. We are getting supplies of three separate approved vaccines and a fourth, from Johnson & Johnson, is on order. Ottawa now says we will soon be getting a million doses a week of the Pfizer version.

At last, the good news is outweighing the bad. Most of the elderly people in care homes have already had their shots. So have many front-line workers and remote Indigenous communities. Those aged 80 and over are next up. Toronto will open three mass-immunization clinics next week, with more to follow shortly. Quebec, the hardest-hit province, has started inviting Montrealers 65 and over to make vaccination bookings.

Though it is odd that those 60-64 in Ontario are getting inoculated before older peers, and shocking that many very old people still have no firm idea when they will get their turn, every shot brings us closer to the holy grail of herd immunity. Public health officials are clear on this: If you have a chance to get a shot, take it – it doesn’t really matter which one. They are all safe and they all work, notwithstanding the scattered reports about side effects and complications.

The economy is rebounding, too. As lockdowns begin to loosen, the latest jobs report shows that gains in February all but wiped out the losses experienced in the second wave of the pandemic. The stock and housing markets are roaring, partly because people are betting on a big economic comeback.

You can almost feel the tide turning. My feed is full of hallelujahs these days. One friend cheered when her in-laws were inoculated. A cousin said she felt like pinching herself as she showed up to get her shot this week. When she and her husband shared pictures of their vaccination moment, a flood of celebratory emojis poured in.

Nature seems to have picked up on the trend. In Toronto, red-winged blackbirds are returning from their winter exile and appearing in city parks. A warm spell brought people outdoors in throngs, looking liberated without their cold-weather armour.

The rain had stopped by the time my wife and I came out of the pharmacy after her shot. The streets glistened in the glow of the streetlights. When we got back home, small shoots were coming up in the back garden. Spring is coming.

Opinion
The pandemic is helping us relearn the lost habit of walking
February 28, 2021 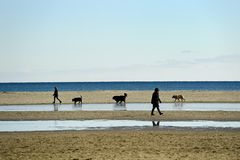 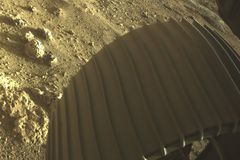 A food writer’s mission to save Toronto’s culinary mosaic
March 1, 2021 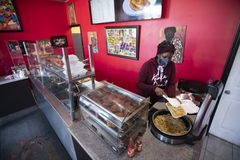