For the fifth time in four months, Toronto police have been called to investigate the discovery of a noose at a Toronto construction site.

Toronto Police received a call Thursday around 7:15 p.m. that two nooses had been discovered by workers at the Michael Garron Hospital construction site in the city’s east end.

The investigation is in its early stages, Toronto Police Service spokesperson Constable Michelle Flannery said Friday, and it’s too early to say whether it could be connected to any of the previous incidents – one of which took place at the same site on June 10.

On that morning, two construction workers at the Michael Garron Hospital site arrived at work to find that nooses had been placed at their workstations. In a statement at the time, Ellis Don – the general contractor behind the project – described the nooses as being “strategically placed.”

“We are confident they were racially motivated … To say we are shocked and disgusted would be an understatement,” CEO Geoff Smith said in the statement, posted to the company’s website. “We are co-operating fully with Toronto Police Services who are rightfully treating this incident as a possible hate crime. These actions are not a joke. They are ignorant, and will come with harsh consequences which we will fully support.”

On June 25, another noose was found hanging at a separate Ellis Don construction site on Bay Street. The following day, a Daniels Corporation construction crew working at a site in Regent Park also found a noose hanging.

On July 28, a noose was found hanging at the Fairbank Station construction site on the Eglinton Crosstown LRT project. After that case, the Carpenters Local 27 union said they “requested and received the unequivocal resignation from an individual, who had recently joined the union.”

Chris Campbell, who is an executive board member of both the Carpenters Local 27 union and the Canadian chapter of the Coalition of Black Trade Unionists, believes that this must become the default response in these cases – which he noted have been occurring since he entered the industry 30 years ago.

“Charges need to be laid," he said. “And there must be kind of suspension or ban for a period of time from the unions. Most large projects have the union affiliation, so there needs to be some sort of major deterrent to discourage this.”

Asked about the status of police investigations in these cases, Toronto Police did not provide a response to The Globe and Mail on Friday.

Ellis Don said it will provide a $5,000 reward to anyone who can help identify the perpetrators. And in the meantime, security will be increased at the Michael Garron Hospital site.

“Let’s be clear, this is the handiwork of one or two racist criminals,” Mr. Smith wrote in a statement after the most recent incident. “Every other worker and leader is appalled at their hatred and cowardice. These individuals are unfortunately comfortable in the knowledge that on a heavily populated and constantly changing construction site, they will be hard to identify. But I want to send a clear message: We will not stop until you are found, charged and permanently evicted from our industry.”

In early September, Toronto Mayor John Tory met with leaders from major construction companies as well as unions to discuss how to eradicate anti-Black racism within the industry. Mr. Tory said those discussions were “a clear indication that both the unions and the construction companies see this issue as a priority," and pledged to continue to “aggressively address this challenge.” 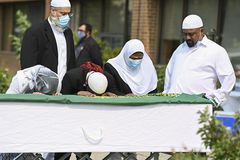 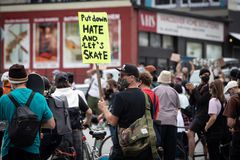 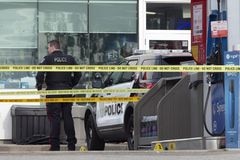