There has been a lot of talk lately about the future of the Rogers Centre, the home of baseball’s Blue Jays. Officials hint that they want to renovate and modernize the stadium. A better idea would be to tear the old monster down.

The building originally called SkyDome was a marvel when it opened 30 years ago last month.

With its retractable roof and 50,000-seat capacity, it looked like the latest thing. Today it’s an anachronism. A new generation of more intimate stadiums started coming along soon after SkyDome welcomed its first fans. Baltimore’s Oriole Park at Camden Yards and Seattle’s Safeco Field (now T-Mobile Park) were built for baseball. The multipurpose Rogers Centre is a great big barn by comparison. Fans in the upper decks might as well be on the moon. When it’s half empty, as it usually is these days, it can feel like a mausoleum.

The Blue Jays and their owners at the Rogers Media conglomerate realized some time ago they have a problem. To keep the building current, they have been spending on updates. The stadium is getting a new roof and other maintenance. More is coming. Mark Shapiro, president of the Jays, says he wants to improve the “entertainment experience.” He told BNN Bloomberg that changes next year will affect “every minute of every game,” although he wouldn’t say what they were.

But it’s hard to see how any renovation would solve the fundamental problem: The place is just too cavernous for baseball. In fact, it’s too cavernous for a lot of things. The Toronto Argonauts fled in 2016 to the expanded BMO Field, a much better place to watch football. Toronto’s soccer team plays at BMO, too.

Toronto Mayor John Tory opened up the discussion about the stadium’s future in a radio interview this month. “Do they invest more in it or do they actually try to replace it?” he asked on Newstalk 1010. He said the owners can forget about getting any big cheques from government for a costly renovation. He is surely right about that. Taxpayers were stuck with most of the tab for building it in the first place.

Another spur to the discussion is a recent announcement about a huge new project next door to the stadium. Big developer Oxford Properties plans to build a four-acre, $3.5-billion office and housing complex on a property just to the north. It is part of the incredible, continuing construction boom in Toronto’s core, fuelled by the rise of the tech industry and the increasing popularity of downtown high-rise living.

That boom makes the real estate the Rogers Centre stands on far more valuable than anyone could have dreamed when it rose on a barren patch of disused railway lands in 1989. If the land could be freed up for sale, the team’s owners could put up a new, better ballpark somewhere else – on the Exhibition grounds to the west, the Port Lands to the east or Downsview to the north. Or, conceivably, they could put up a new, more compact ballpark on the present site and use the remaining space for other purposes, such as parkland or housing. Mr. Tory notes that having the ballpark in the core, close to the transit hub at Union Station, is a big plus for the city.

Either way, it would be an improvement. The Rogers site has all sorts of potential. The city is desperate to find new land in that part of town for public space, given the dramatic increase in the number of people living and working in the core. Mr. Tory dreams of a creating a Rail Deck Park by covering over the downtown railway tracks and building on top of them. Oxford is proposing to deck over the tracks and add a park of its own. Adding the Rogers site to the mix would yield more possibilities. Taking out that great lump of a building would help open up a connection to the waterfront in a city that has managed to wall itself off from one of its greatest assets: the lake.

Of course, many fans would mourn the Rogers Centre, just as they mourned Maple Leaf Gardens or the old Montreal Forum. The city has seen some golden moments there, such as the time Joe Carter won a World Series with that famous homer. But nostalgia alone is no reason to avoid talking about the stadium’s future.

If a way can be found to put something better in its place, let the wrecking ball swing. 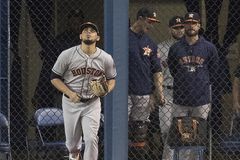 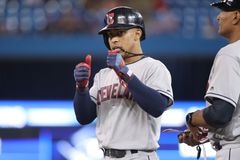 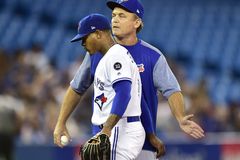