We need to change how we talk about autonomous cars.

When Tesla rolled out its Autopilot, many major news organizations were quick to call it and similar systems from other companies “semi-autonomous” or even “partially self-driving.”

“There was so much confusion over what the term autonomy meant, or self-driving, or driverless – these are all kind of vague terms,” said Steven Waslander, associate professor at the University of Toronto and director of the Toronto Robotics and AI Laboratory.

The technology – as it exists on Canadian roads today from Tesla, Mercedes, Cadillac, BMW, Audi and others – is certainly not “self-driving” and probably shouldn’t be called “semi-autonomous” either.

The technologies available today are merely “driver-assistance,” a kind of glorified superadvanced cruise control. Current technology is there to help human drivers, not replace them. There should be no illusion as to who is in control and who is responsible.

The robots will likely take over some day, but that day has not yet come.

Going forward, the question is, how do we describe and classify these not-autonomous-but-getting-there cars? How is the industry going to market and sell them? Nobody has quite figured out a good way to do that yet.

“Certainly, it’s important to boil it down for a person who’s not an expert. But there are so many different categories in which you really want to consider these features and their value for you if you’re really trying to buy a car,” Waslander said .

You will often see cars referred to by their “level” of autonomy, from 0-5, with 5 not ever requiring any human supervision, and 0 being your grandparents’ old 1950s Chevy. The Society of Automotive Engineers came up with the six levels.

“The levels definitely helped, but there’s a lot more to the picture,” Waslander said . “They are useful, but they’re a little simplified.”

Not only is it confusing for consumers – which is dangerous, because buyers need to be clear about what a car can or can’t do – but it’s bad for auto makers.

“It won’t be effective in a marketing campaign,” Waslander said. “A car that genuinely does have leading-edge autonomous features is going to get compared to another vehicle that might be blatantly dangerous to drive. I think there needs to be a bit more resolution in how you describe these things.”

Why not pay more attention to what’s beneath the wheels?

“One solution would be trying to describe the road types a vehicle will work on,” Waslander suggested.

To some extent, auto makers already do this. Most companies say their Level 2 systems are only intended to work on highways. Some systems have additional caveats, meant to function only above or below a certain speed, or only on fully divided highways.

Similarly, and especially in Canada, you would need weather-type labels, to describe if, say, a Level 3 system will only work on a clear summer day, or if it can also handle a blizzard.

A disengagement, Waslander explained , is any time the driver has to take back control from the car, either because the vehicle has asked the driver to, or because the driver felt the car was making a mistake.. Providing the average time between disengagements would give drivers a sense of how closely they would need to supervise a car.

“If you saw a number like that on a Tesla, you’d know exactly what you were in for,” Waslander said . “When you’re driving down a highway, every 10-15 minutes, you’ll have to take over and correct the car.”

The more time between disengagements, the better the autonomous system.

Something like Canada’s EnerGuide fuel-economy label is perhaps what’s needed for classifying vehicles with advanced driver assistance and varying degrees of autonomy.

You’ll find EnerGuide labels on every new car in Canada – and they’re complicated. They provide consumers a lot of information on a vehicle: carbon-dioxide levels and smog output rating, type of fuel used; average fuel consumed during city and highway driving; average annual fuel costs; and how fuel consumption compares with other vehicles in its class.

If you’re going to trust a car to drive you and your family around, you’ll want all the information you can get about exactly how safe it is, as well as what it can and can’t do.

Any level of autonomous car is complicated, and it can’t be boiled down to a couple words – “semi-autonomous” or “Level 3” – so be wary of articles or auto makers that do so. 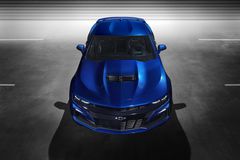 For Tesla, ‘production hell’ looks like the reality of the car business 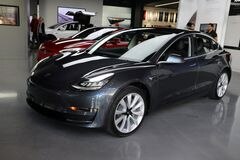 Infiniti’s attack on BMW, Audi powered by shift to electric 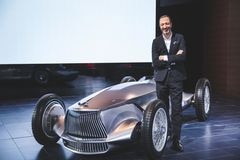