I have seen the future, and it is not pretty.

But don’t start building that fallout shelter yet; I am not talking about global warming, the impending nuclear holocaust or the rapidly rising price of cheese. I am referring to the inevitable ravages of aging.

I have witnessed and experienced the bleakness that awaits me, thanks to Ford Motor Co.’s innovative Third Age Suit – a RoboCop-like contraption intended to help the company’s designers understand what it’s like to get on the road while coping with mobility, vision and hearing issues.

And while few of us, thankfully, will never suffer from all of the calendar-induced infirmities the suit can deliver, there’s a pretty good chance we’ll face at least some of them.

The suit gave me a pretty good idea of what could lie in the future – or, in some cases, what might be waiting for me next week.

While wearing the suit, I couldn’t turn my head more than 45 degrees, giving a whole new meaning to the phrase “blind spot.” My elbows were so stiff they made reaching for objects a real challenge, though that problem could save a lot of money when it comes to dining out with friends. My knees felt like they needed a serious oiling – or replacements.

Getting into a car when you can barely bend your knees isn’t for the faint of heart – which, by the way, was pounding harder than normal, thanks to the suit’s weighted vest.

But Ford’s goal isn’t to frighten us. It’s to make vehicles that are comfortable for everybody. That means not only the aged, but also the infirm and those with all types of physical challenges.

And getting there requires allowing Ford’s relatively young and able-bodied engineers to experience physical conditions they’d likely never thought about.

``It’s really about inclusive design,” says Katie Allanson, an ergonomist and human-factors engineer in the user-experience group at Ford’s global headquarters in Dearborn, Mich. ``If you’re an able-bodied person, you don’t think about these issues – simple things like getting in and out of the vehicle and being able to grab the door handle.”

The suit is designed to mimic a variety of issues that many drivers, young and old, face every time they open their car’s doors.

Starting from the top, there are goggles that replicate various eye conditions from cataracts to glaucoma. Engineers can’t design a car to give weak-eyed drivers improved vision – there are no prescription windshields, at least not yet – but they can make sure that everyone can read the speedometer and various readouts.

While the cataract glasses I tried weren’t much worse than my own vision – make note to see optometrist – everything else made me feel like the Tin Man after a three-day rain.

Headphones simulate hearing issues, which can help engineers design alerts and chimes that can be heard by those with hearing challenges, but won’t drive others crazy. “We look for that sweet spot,” Allanson says.

In addition, there is a series of weights, belts and vests that mimic neck and shoulder immobility and a variety of joint issues. These are used in designing seatbelts, seats, entrances, tailgates and even mirrors.

Then there are gloves that educate designers on what it feels like to open doors, adjust radio or GPS knobs and other tasks that become a challenge when sensitivity and flexibility decrease.

There’s even a glove that mimics tremors caused by Parkinson’s disease.

And Ford’s latest innovation adds typical pregnancy weight to the midsection, a beanbag that presses on the bladder and a belt that restricts breathing. Just like a real pregnancy, Allanson says.

The suit has led Ford to redesign many parts in many vehicles. It played a role in removing the lip from liftgates, raising door heights for people who have flexibility issues and seatbelt slots that fasten easier and no longer require drivers to go hunting for them.

Raised buttons on the climate-control systems allow drivers to locate them and know that they’ve been pushed – a real issue for those with carpal tunnel syndrome and other problems that decrease finger sensitivity.

``We make it easier for the people who have trouble with this, but at the same time, you’re making it easier for everybody,” Allanson says.

That’s why Ford isn’t worried about getting a reputation for being your grandfather or grandmother’s car. These are not geezermobiles.

``We’re accommodating 90 to 95 per cent of the population,” Allanson says.

Since there’s little doubt that at least some of this is in my future, it’s a comfort to know that this suit could actually make driving easier in a decade or so. 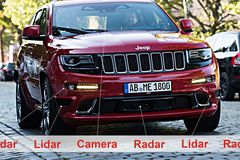 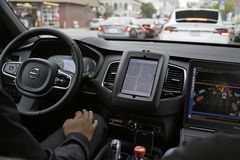 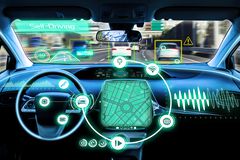