Garage. The word conjures up images of cluttered, dusty, utilitarian spaces that are hot in the summer and cold in the winter. The garage – it’s where you keep the drum set.

Put aside these misconceptions. The garage (if you’re lucky enough to have one) is a hidden opportunity sitting right under your nose. If you have a two-car garage, for instance, it’s likely the largest single open space in your home. Instead of using it as a glorified closet on steroids, turn it into livable space.

That’s the pitch from Garage Living, a Toronto-based company that helps clients remodel their garages by designing and installing these new spaces. The company started in 2005 and now has 35 franchises across North America. Their latest just opened in Winnipeg. “In the early stages, the challenge was having clients think, ‘It’s just a garage,’” says co-founder Aaron Cash. “Or that our service was just for people who owned fancy exotic cars. We had to get past those perceptions.”

The only real limit is the imagination. Garage Living offers everything from flooring and cabinetry to car lifts. The most frequent request is for “functional, minimalistic, multi-purpose spaces.” During COVID-19, turning the garage into a multi-purpose home gym became popular. Among these, there are variations – such as small basketball courts. Car buffs often go with brand themes (think: Porsche, BMW, Audi). Throw a few hydraulic lifts in and you’ve got the ultimate automobile den. Some customers opt for flat screen televisions and other home entertainment systems. One client had a golf simulator installed. The average remodel takes four days. Larger projects can run to 10 days.

Project costs vary according to the size and scope of work being done. Redoing the floor of a double-car garage costs roughly $3,500. A full makeover that includes flooring, cabinetry and organization could run between $10,000 and $15,000. A car lift costs between $4,000 and $6,000.

While business has grown steadily since Garage Living opened, it has flourished during the pandemic. The company did 3,800 makeovers in 2019 and 5,200 in 2020. Cash says they expect a 30 per cent increase over that in 2021. “The demand during lockdown has been big,” he says. “There’s been an enormous appetite for home improvement.”

While there are detached laneway garages in most cities, the majority of downtown dwellers rarely own or even have access to such suburban pleasures. “Manhattan is home to many of our potential customers based on demographics.” observes Cash, “but the garages simply aren’t there.”

It’s a twist for an underappreciated piece of North American culture.

When automobiles first arrived, they were considered too dangerous to be close to domestic residences. They were kept far away, often in converted stables. The first attached garage was built in Chicago by Frank Lloyd Wright in 1908. Its construction heralded, according to Arts in America contributor Mark Pieterson, “the seamless co-existence of car and human that would come to orchestrate daily life in the US.”

Lloyd’s invention did not become popular until the 1950s when it was mass-produced by real estate developer Joseph Eichler, who is best known for pioneering affordable, mid-century Californian track housing. From that point onward, the garage became famous not only for housing cars but as a space where suburban dwellers could escape suburban dwelling. It’s where you sat in your car for 15 minutes wondering if you should go into the house (or flee never to return). The garage was where dad went when he was trying to hide, where mom went when she was trying to hide and where the kids went to hide the fact that they were doing things they weren’t supposed to be doing.

Though it may not be glamorous, the garage has a fabled history. It’s where Steve Jobs said he sat “and invented the future.” It’s where the Kinks, the Troggs and the Sonics got their starts in the 1960s. Remodelers such as Garage Living are changing the lowly garage from afterthought into vital part of the household. “I think we’re only just scratching the surface,” says Cash. “We’re still letting people know these options exist and that we’re out there.”

Which leaves one vital question: When all the garages are remodelled as living spaces, where will all the alienated suburbanites go and hide? 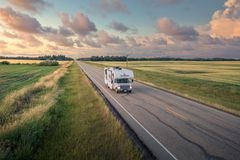 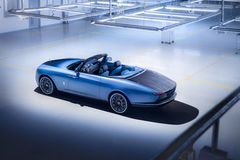 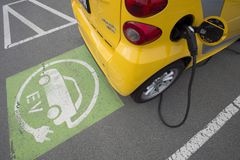