April Fool’s Day came early. On March 29, Volkswagen issued a bogus statement declaring that it would be renaming its US operations “Voltswagen of America.” Get it? Volt, as in voltage? It was a prank to bring attention to the company’s admirable quest to become the world’s largest electric vehicle manufacturer. Did it? Only the media gods will know. It certainly proved April Fool’s Day is a lame-duck holiday.

Anyway, Volkswagen, nice joke about the name change. You demonstrated the signature rapier wit for which all automotive manufacturers are renowned.

What’s left to say, except, “Now it’s your turn, Jeep.” Rename the Cherokee.

The Cherokee Nation has issued a public statement asking Jeep to change the names of its Cherokee and Grand Cherokee. Jeep has manufactured Cherokee vehicles for over 45 years and reintroduced the brand to North America in 2013. Cherokee Principal Chief Chuck Hoskin Jr. recently told Car and Driver that “I’m sure this comes from a place that is well-intended, but it does not honor us by having our name plastered on the side of a car.”

This isn’t the first time the name has been protested. In December, the issue was raised in USA Today by Gary D. Rhodes, a citizen of the Cherokee Nation, and an associate professor of film and mass media at the University of Central Florida. He wrote, “I suppose someone at these companies might try to offer the same nonsense argument that sports teams like the Atlanta Braves have made, that the use of the Cherokee name is somehow a tribute to Indigenous people. Or that automobiles named after us are about the great outdoors and travel. I hope not, as cross-country Cherokee travel made at the behest of whites is better known as Forced Removal and the Trail of Tears.”

Jeep’s parent company Stellantis (headquartered in Amsterdam) has responded to the request but made no promises. “Our vehicle names have been carefully chosen and nurtured over the years to honor and celebrate Native American people for their nobility, prowess, and pride,” their statement said. “We are, more than ever, committed to a respectful and open dialogue with Cherokee Nation Principal Chief Chuck Hoskin, Jr.”

The vogue for naming sports teams and products after Indigenous peoples began in the early twentieth century, when the popular thinking among white North Americans was that Indigenous people would eventually disappear. So, naming a team or product after an Indigenous people was kind of like naming a team Spartans, a tribute to a long-vanished people. Amanda Cobb-Green, a professor and the Director of the Native Nations Center at the University of Oklahoma told Car and Driver, “Because of the prevalence of the ideology that

Native peoples would eventually disappear . . . Native Americans became part of the national mythology of the frontier and the west and the settlement of America.”

Even to an outsider, to a non-Indigenous person like myself, it seems like a cruelly sinister tribute.

Recently, sports franchises have changed their names – the NFL’s Washington Redskins are currently the Washington Team and the Cleveland Indians have agreed to rename their organization. Why not rename the Cherokee? It’s hard to understand how naming something after a group of people, even though they have publicly and specifically asked you not to, is a form of celebration.

Some will say this is “politically correct.” To these folks I reply, imagine going to a friend’s house and having them tell you “I named my vacuum after you. You’re welcome. It’s a celebration.”

“But,” you might say, “I don’t want you to name your vacuum after me.”

To which your friend, if he were the manufacturer of the Jeep Cherokee, might answer “But vacuums are useful and important devices, you should be honoured.”

Now, instead of a vacuum, imagine if they were naming an SUV after the time they forced 16,000 of your ancestors into stockades, then shipped them across the country, during which time 4,000 of them died (see the above mentioned “Trail of Tears”).

Come on Jeep, if Volkswagen can create a stupid April Fool’s prank pretending to change its name, you can actually rename the Cherokee and Grand Cherokee. After all, your 2020 Jeep Cherokee tagline was “See Yourself.”

Why don’t you “see yourself” doing the right thing?

Hey, it may bring good fortune. After changing its name, The Washington Team made the play-offs for the first time since the 2015 season. Coincidence? Nope. What have you got to lose? Except the alienation of many Cherokee people and every other sentient being who spends a few seconds thinking about it. You have the chance to make something wrong, right.

Face it. Whatever you decide, you’re going to take flak. It’s better to take flak for doing right than doing wrong. 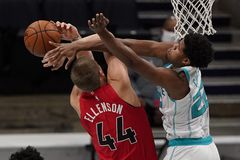 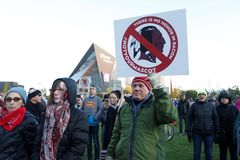