The coronavirus is taking a heavy toll on the weakest and most vulnerable members of our community, just as it is in the auto industry.

Volvo, a relatively small automaker, announced significant layoffs in recent weeks. The long-planned merger of struggling brands Nissan and Renault has been scrapped. Instead, the firms today laid out a plan to restructure their occasionally uneasy alliance in order to better share costs, expertise and further standardize models across brands. Both Aston Martin and McLaren have undergone big shakeups in past weeks as a result of COVID-19. And, automakers of all sizes, including those in relatively good health, are cutting costs and drawing on governments and credit markets for an influx of cash.

Even with factories and dealerships slowly opening back up, sales of new vehicles could take a long time to fully recover. “We’re probably looking at getting back to the previous sales trendline … in 2023 or 2024,” Abuelsamid said.

For consumers, the result will likely be delays in getting new technologies – such as driverless cars – to market. Development of electric and highly automated vehicles weighs heavily on corporate balance sheets. Companies will no doubt be looking to scale at least some of that spending back,

It could also ultimately mean a less interesting, more homogenous slate of new vehicles in showrooms. Smaller brands and those in financial trouble will be swallowed up by bigger ones, accelerating ongoing consolidation within the industry. Many cars look and feel the same because they’re built on a handful of shared platforms. While it may seem like you have lots of choice, it’s a cleverly engineered illusion.

The auto industry relies on massive economies of scale to eek out relatively slim profit margins. As a result, smaller car companies have always skated on thinner ice.

“The cost of developing a new product, a new vehicle, is roughly the same whether you’re building 100 of them or a million of them,” said Abuelsamid. “It’s really hard to get started and survive and, until you’re building millions of vehicles a year, you’re always on the verge on insolvency,” he said.

Take for example, Aston Martin, which sold just under 6,000 cars globally (wholesale) last year. The company has frequently found itself bankrupt during its 107 year history.

Amid collapsing stock, the company announced earlier this week that Andy Palmer was stepping down as president and chief executive. He will be replaced by Tobias Moers, who was previously the head of Mercedes’ high-performance AMG division.

And yet, under Palmer’s leadership, the British firm built what are arguably the best and most exciting cars in its long history, including the DB11 grand tourer, Valkyrie hypercar, DBX SUV and the Vantage, which is less refined but certainly more thrilling than the benchmark Porsche 911. There was never a dull moment, from the shocking reveal of a new electric sub-brand Lagonda to the announcement of a range of Ferrari-rivaling midengine sports cars.

McLaren Group, the British supercar maker and Formula 1 racing team, was in slightly better shape pre-pandemic. Nevertheless, the company has begun a restructuring process that will result in around 1,200 layoffs. The company also put its headquarters in Woking, England and its massive collection of classic road and racing cars up as collateral in order to secure new funding.

Whether you can afford cars like this or not, if you like cars, you have to love what Palmer did at Aston and how McLaren is challenging the supremacy of Ferrari and Lamborghini.

Similarly, smaller mainstream automakers like Volvo, Mazda, Subaru, Renault and Jaguar bring eccentricity and occasional brilliance to the car market. They can offer machines with distinctive style or handling because they don’t need to appeal to absolutely everyone to turn a profit.

But automotive history is littered with exciting little car companies that didn’t quite make it, like Saab, Studebaker, TVR, DeLorean and on and on.

You can be sure these latest industry shakeups won’t be the last as a result of COVID-19.

Consolidation of the industry is inevitable after a crisis like this. Only the strongest companies will survive the pandemic; the others will die off or be bought up. And, that would be a shame. Cars are already becoming more homogenous and indistinct. The last thing the world needs is more bland badge-engineered crossovers.

Opinion
It’s not the end of the road for car sharing. Coronavirus is just a speed bump
April 30, 2020 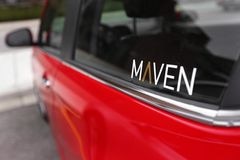 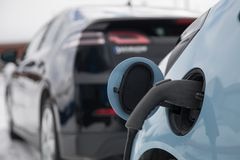 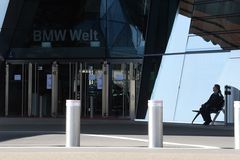