The mainstream sedan may be on the way out in Canada, but it’s a different story for the luxury sedan. Sales are still strong for those buyers who can pay for more choice of what they want to drive.

Last month, Ford announced it will not renew or refresh any of its sedans in Canada, except for the iconic Mustang. Car sales are declining, while SUVs and crossovers are growing ever more popular. It made no such announcement for its premium Lincoln sedans.

“There’s a little bit more appetite in luxury for the sedan,” says Robert Karwel, senior manager of the Power Information Network at JD Power Canada. “There’s still lots of switching by consumers from a traditional luxury car to a luxury utility vehicle, but the difference with luxuries is that because they command premium pricing, it’s still a lot more profitable to sell a sedan in a luxury format. That’s why they’re going to stick around for longer.”

In general, SUVs and crossovers are more expensive – and more profitable – than cars because they’re larger, and drivers want more features in them, such as all-wheel drive. “The vehicle is bigger – it has more steel, more glass, more carpet. There’s physically more material and more mechanical componentry,” Karwel says.

“But on top of that, there’s consumer demand. People are willing to pay for the greater utility and greater perception of safety.”

That more expensive vehicle means more profit for the maker and the dealer. “The margins go up when your MSRP goes up,” says Craig Riley, chairman of Markville Ford Lincoln in Unionville, Ont. “Five per cent of 30 grand compared to 5 per cent of 16 grand? Well, you can do the math.”

Riley says the ratio of sales for cars compared with crossovers and SUVs is as low for Lincolns as it is for Fords, but the more expensive sedans are still profitable enough for him to want to sell.

In Canada, car sales were first eclipsed by trucks – which include SUVs and CUVs – in 2010, and began dropping more rapidly two years later. JD Power says the ratio last year was 71-per-cent trucks and 29-per-cent passenger cars, while overall sales in 2018 to date are 74 per cent and 26 per cent.

However, Genesis, the newly created, premium division of Hyundai, offers more optimistic sales figures prepared by Maritz Research, Inc. It shows compact luxury cars to have increased in Canadian sales since 2012, to just below 70,000 vehicles each year, led by the Mercedes-Benz C-Class, BMW 3 Series and Audi A4. Most important, they are forecast to not decline for at least the next four years.

Genesis is hoping that’s the case: This month, it dipped another toe into the luxury car market by introducing its $42,000 G70 performance sedan to Canada, joining the larger G80 and G90 sedans that have been in its portfolio since November, 2016. There will be two new SUVs introduced “within a couple of years,” says Mike Ricciuto, director of the Genesis Brand for Canada, and he expects them to double or triple sales when they debut.

“We hear it time and time again – even people who have purchased a G80, who have had an old Hyundai Genesis, they keep asking, ‘When is your SUV going to be out? We don’t want another car, we want an SUV.’”

Would he have preferred to debut the SUVs first, before the sedans, to introduce the new brand to Canadians?

“To be honest, I would not,” he says. “We’re selling cars in a very different manner and we have to establish that business model and execute it before we can get into really high-volume models like GV80,” the concept SUV seen at last year’s New York auto show.

Like Tesla, Genesis sells its cars through a network of agents who work for the company, not franchised dealerships. Because of this, Genesis cars have a fixed, no-haggle price, and can only be bought online. You can visit a showroom to look at a car – there are currently four showrooms in Canada – but if you want to book a test drive, the car will be brought to you, as will the car you end up buying. When it’s serviced, the car will be collected from your home or workplace and replaced with a loaner until it’s delivered back.

There are 31 agents in Canada and they have commitments to invest in more bricks-and-mortar showrooms, but most have signed agreements to wait for the first Genesis SUV before needing to open a physical retail facility. The current sedans are still seen as baby steps for the brand’s introduction.

“We don’t know for sure what’s going to happen to the segment – it might deteriorate, it might grow,” Ricciuto says. “But there’s still demand for luxury compact cars. They’re 27 per cent of the total luxury market, and that’s still a fairly sizable segment.” 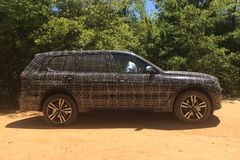 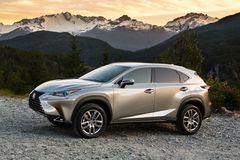 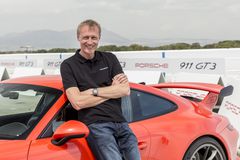