Once, Mercedes and Porsche had an uneasy truce. Porsche built sports cars, Mercedes made luxury fare, and all was peaceful. The two companies even collaborated on a car: the now collectible 1990-1995 Mercedes 500E. The German city of Stuttgart was big enough for both of them. And then the shoving matches started.

Today, Mercedes builds sports cars and Porsche builds big, luxurious cruisers. The rivalry might be friendly on the surface, but it’s fierce underneath. When it comes to the Mercedes-AMG E63S Wagon and the Porsche Panamera GTS, Mercedes and Porsche are fighting over the same customer: someone who wants all the performance of a V8 performance sedan, with greater cargo-hauling ability.

Competition is good for consumers (Hence the Porsche-Mercedes feud). It’s a West Side story with a Stuttgart accent. Are you team Jets (Mercedes) or Sharks (Porsche)?

The E63S comes with optional 20-inch twin-spoke wheels, four gaping square exhaust tips, and the signature-look vertically slatted AMG grille. It seems a bit of a stretch to call this sledgehammer of a station wagon subtle, but in comparison with most other German luxury fare, it is. Few casual passersby would suspect that this family wagon, complete with car seats in back, has more power than two Subaru STIs. Fast wagons should fly under the radar.

First, someone is sure to point out that the correct Panamera model for comparison should be the GTS Sport Turismo wagon, rather than this liftback version. Sometimes you have to work with what’s available in the fleet, and we’ll take a look at the Sport Turismo for cargo ratings later on.

Meantime, the second-generation Panamera has put its ugly duckling image firmly in the past. It’s a big car, but balanced looking, and the red paint with black accents adds some personality. It’s much less subtle than the Mercedes, but that fits the 911-for-the-family feel.

Mercedes used to produce some of the most function-forward cockpits in the business. You have to wonder where it all went wrong. No question, the E63S has all the technology a passenger could want, but from a driver’s perspective, everything’s cluttered. The steering wheel’s four rows of buttons, twin dials, and multiple stalks is just a mess.

Happily, the rest of the car is more in tune with Mercedes-Benz values. It’s roomy with comfortable seats, the dashboard is beautiful, and everything you touch feels high quality. The stereo is so good, it made me embarrassed about my taste in music. Time to graduate from Dad Rock to Rachmaninoff.

Porsche might produce more SUVs than sports cars these days, but it still builds its vehicles with a driver-centric focus. From the driver’s seat, the Panamera’s layout is much less busy than the Mercedes, with fewer buttons and a straightforward drive-mode-selection dial.

It’s anything but spartan, though. If an old, air-cooled 911 is as no-nonsense as a fighter plane, the Panamera is a business jet. There’s a bit too much fiddling around with submenus, though, and the shiny black finish of the control surface picks up fingerprints quickly.

The seats are a bit more oriented toward sport than lounge, but are comfortable nonetheless. As with the Mercedes, rear seat passengers had plenty of space.

Early AMGs were all about the engine, and that hasn’t changed. This wagon has a hand-built, eight-cylinder heart that produces thundering power levels. It’s not just the 603 horsepower; it’s the wallop of 627 lb-ft of torque.

What’s changed over the years is the way AMG’s engineers have managed to harness their titanic powerplants. Like almost every other AMG, the E63S has all-wheel-drive to get the horsepower to the pavement. It also has a nine-speed dual-clutch transmission, one that shifts more quickly than a conventional automatic.

Throw in steamroller-width performance tires, and you’d think the E63S would be a machine capable of eye-widening performance. It is — and then some — but there’s a distinct flavour to the experience. This isn’t really a sport wagon, but a muscle wagon. The straight-line shove is immense. If you crave something nimbler, then be thankful that you live in Canada and can buy the C43 Wagon, which is not available in the United States.

The E63S is more like a luxurious executive sedan infused with the spirit of a Challenger Hellcat. The wagon version of the E63S offers the same explosively muscular performance, just with a bigger briefcase. But don’t expect razor-sharp steering, and don’t look for the big Merc to be light on its feet. It’s a monster.

There are more powerful versions of the Panamera, but the GTS is close in price, at least before some of the most expensive options. On paper, the Porsche is far less powerful at 473 horsepower. However, the whole story is not quite so clear cut.

According to the acceleration figures provided by both manufacturers, the Panamera is four-10ths of a second slower to reach 100 kilometres an hour. Even if that weren’t a pretty slim margin, acceleration times aren’t that useful as a performance metric. They offer bragging rights, but with modern launch control trickery and varying measuring techniques, the numbers don’t tell you how the car actually drives.

If the E63S Wagon is a jet, then the Panamera is a shark. Where the Mercedes muscles aside physics, the Porsche flows with them. The optional four-wheel-steering on the Panamera is at first disconcerting because the car reacts far more quickly than you’d expect from its long wheelbase. Once it becomes familiar, the Panamera starts feeling as though it has a bit of the 911′s spirit.

Or rather, it feels like it’s the proper descendant of the V8-powered Porsche 928. The Panamera GTS is a grand tourer, but also one that feels much less bulky than the Mercedes. It doesn’t have the raw power, but it has poise and grace. Some of that ability is artificial, thanks to thousands of computer chips hidden under the sheet metal, but it’s there. At the drag strip or the autobahn, the AMG would walk all over the Porsche; everywhere else, the Panamera has the edge.

Fitted out with an optional $3,000 package, the E63S Wagon had comprehensive driver-assist functions. Lane-keeping and automated cruise control took much of the effort out of highway driving. Mercedes’ system is linked to GPS and will slow down in advance of curves.

The Porsche had premium features like navigation and cruise control, as well as wireless Apple CarPlay and Android Auto. It didn’t have as much driver assist capability as the Mercedes.

With 640 litres of capacity with the rear seats up, and 1,820 litres with them down, the E63S Wagon can handle everything from a run to the furniture store to hauling mountain bikes. Mercedes has previously said that wagon sales in North America are a tiny fraction of overall sales, but I can report the unconfirmed observation that E63 Wagons are extremely popular on the west coast of Canada, between North and West Vancouver, and Whistler, B.C. You regularly see them carrying bikes or skis up and down the Sea-to-Sky highway, with all of the driving performance, and no cargo compromises.

As promised, the Panamera’s Sport Turismo version should have its capacity considered here, alongside the liftback’s still very useful 495/1,334-litre capacities. The Panamera wagon body style costs a $7,000 premium, and capacity swells to 515/1,384 litres. That’s not a huge change, but it does make the Porsche a bit more dog-friendly. The Mercedes has the edge in sheer hauling ability.

Given that the E63S lacks some of the edge and focus of the Panamera, you’d expect it to finish second here. However, it has a couple of advantages that can’t be ignored. It’s roomier, with greater carrying capacity. It’s more comfortable. The level of available technology is much higher.

And then there’s the value proposition. It can be argued that someone capable of buying an E63S could easily afford a more expensive vehicle, and certainly Mercedes has said their wagon customers are typically well-heeled. But the Panamera is on another level entirely; step up to the Turbo versions with a few options, and they can cost as much as $100,000 more.

If, however, you’re a driver with deep pockets who doesn’t want to compromise on pure driving feel, and doesn’t mind the spotlight, the Panamera GTS is a thoroughly rewarding machine. It’s the sharper drive, but still very practical. 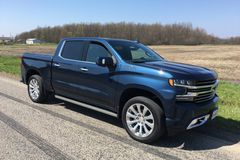 Car Review
Comparing the Honda Odyssey and Pilot: Minivans just can’t get no respect, but it’s not their fault
May 21, 2021 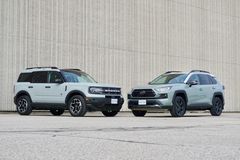