When it appears at dealerships in the fall, the all-new 2019 Chevrolet Silverado 1500 will be “lighter and quicker” … and where have you heard that before? After all, Ford built a lighter, quicker aluminum F-150 a few years ago. So what’s different about the Silverado for the mainstream pickup truck driver?

Chevrolet, a division of General Motors, says the full-size pickup will be available in six powertrain configurations and eight trims, including three new models. They range from work-grinder to “I want it all” luxury. The big news, though, is a new 2.7-litre, turbo-charged, four-cylinder engine that replaces the 4.3-litre V-6 standard on the LT and RST models.

The aluminum-block turbocharged engine is designed to improve driving dynamics. In part by shedding 172 kg from the outgoing 4.3-litre V-6, the turbo-equipped truck will generate 22 per cent greater torque and accelerate from zero to 100 km/h in about seven seconds, GM says.

On a cone-lined track at the proving grounds, at speeds between 16 and 97 km/h, through junctures allowing both dramatic acceleration and the opportunity to veer over a stretch of chatter bumps, the Silverado produced almost no lag. The eight-speed transmission shifted from one gear to the next with nearly imperceptible signs of indigestion. So clean was the shifting, it felt almost like a single-transmission, electrically powered car, especially when compared over the same track to the present V-6.

Tom Sutter, the engineer responsible for the engine development, said two chambers (or volutes) rather than one funnel exhaust gas to the turbine to cut drag and increase power.

In tandem with the new engine, a fuel-saving cylinder deactivation system dubbed DFM – for “dynamic fuel management” – enables 17 alternating patterns of cylinder-firing, versus eight- and four-cylinder modes in the current models. For example, with DFM, the Silverado can use two cylinders in certain highway driving situations when the other six are not needed.

“It’s the sound of silence,” Herrick said. “It goes from one cylinder to eight and everything in-between seamlessly. You don’t hear it. You don’t feel it. “

More than half the new Silverados will be equipped with updated 5.3- and 6.2-litre V-8 engines, and a 3.0-litre inline-six turbo diesel is on the way, scheduled for early 2019. All engines endured a “torture test,” GM said, run non-stop in a test cell for several months. As well, the truck will have gone through 475,000 validation tests and accumulated 11 million kilometres of road testing before hitting the market.

“The Silverado is a bigger truck [41 mm longer], but the chassis feels more responsive and acceleration is pronounced,” said Tim Asoklis, chief engineer.

Overall weight on the V-8 models has been cut by as much as 204 kg. GM wouldn’t provide fuel efficiency numbers, pending tests by the Environmental Protection Agency. It did say that efficiency will be boosted further by a 7 per cent gain in aerodynamics.

At the proving grounds, Herrick walked to the front of the 2019 Silverado to point out the air curtains, similar to those integrated on the 2018 Camaro. A slight protrusion on the flanks of the front bumper shields black slats through which wind is funneled around the wheels. There are also shutters integrated into the grille on most models; they close to mitigate wind drag and open when the engine needs cooling. In addition, Herrick said a subtle spoiler atop the cab funnels wind to a contoured tailgate rather than into the bed, another measure to cut drag.

Other technological additions include a variable-pressure oiling system, thermal management to warm up the engine faster, an electric water pump and direct fuel injection. 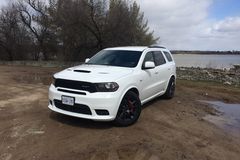 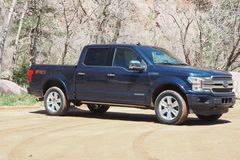