If you were a newly minted junior manager in 1975, eager to climb the corporate ladder, you would’ve run to your local BMW dealer with your first paycheque and slapped a down payment on the then-new 3 Series. Its engine was as silky smooth as your best necktie and powerful enough to spin the rear-drive car into a lamppost faster than you can say “oversteer.”

In 1985 or 1995, this story played out much the same way. The 3 Series was more sensible than a Rolex, more fun than a fancy leather briefcase and so much better than any car you’d had before.

Understandably, BMW sold a lot of them, more than 15 million since 1975. The 3 Series was a yuppie icon and the car that put BMW on the map in North America.

Then, something happened in the new millennium. Maybe BMW lost its way or maybe rivals Mercedes and Audi simply caught up, but the 3 Series was no longer the default choice for the young and moneyed. The Mercedes C-Class outsells the BMW in Canada. The Audi A4 looks sharper. Brands that were lost or non-existent – Alfa Romeo, Jaguar, Cadillac, Volvo and Genesis – are suddenly making compelling alternatives. Meanwhile, the entire compact luxury sedan category is hemorrhaging sales to sport utility vehicles.

Next March will see the arrival of an all-new 2019 BMW 3 Series, the seventh-generation model. It has a lot to prove if it is to regain benchmark status.

Winning back the fans

Douglas Matthews has been driving BMWs, including most 3 Series models, for 50 years. “Almost every new iteration is more sophisticated that the last. Some of those things I like [the heated steering wheel on the E91] but many I could live without,” the Nova Scotia-based auto enthusiast said.

“The thing that drew me to Bimmers in the first place was the tactile quality of the driving experience,” he explained. “I have driven [the outgoing 3 Series] and would agree with most of the reviews that it was a step backward with almost no steering feel at all.”

BMW’s engineering team in Munich heard these criticisms. “We want to make sure it’s the ultimate driving machine,” said Carsten Schoene, product manager for the new 3 Series. The goal, he explained, was to focus on three areas: a progressive new design, technological innovation and unrivalled sportiness.

Schoene sees competition coming not just from established rivals, but also potentially from Silicon Valley electric-car upstarts too. Despite this threat and booming SUV sales, he expects the 3 Series to remain BMW’s bestseller globally.

The four-cylinder 330i slices up the magnificent country roads of southern Portugal with surgical precision. Turn-in is scalpel sharp. The car reacts quickly and with supreme confidence to inputs. Although still electrically-assisted, steering feel is improved: lighter, less artificial and more in tune with the available grip at the wheels. It won’t appease diehard vintage BMW fans, nothing truly will, but it’s about as good as steering feel gets on luxury cars these days.

The four-cylinder motor makes 255 horsepower and 295 pound-feet of torque (7 hp and 37 lb-ft more). It feels quick enough you won’t pine for the six-cylinder anymore.

On the undulating Portimao racetrack, the top-of-the-line M340i xDrive corners like a puppy on a cold tile floor. It’s excited and eager to please and skids around a lot. The all-wheel drive system’s strong rear bias grants the oversteer that 3 Series fans know and love, while providing a safety net to keep over-ambitious drivers away from any stray lampposts.

The optional M Sport limited-slip differential makes the car feel lighter and more agile. However, the optional M Sport suspension bounces occupants around a little too much to recommend it for most commuters. Unfortunately, there’s no way to order one without the other, unless you spend even more money on the adaptive suspension. Naturally.

It was a brief taste of the new car, but it seems the 3 Series has regained the supremely sporty character that made it a benchmark all those years ago.

When it comes to other areas, however, BMW has been more timid.

The new car is loaded with tech features, some good, some not. The next-gen infotainment system is easier to use than rivals’, but a Siri-style voice-assistant is only artificial, not intelligent.

The design, which is supposed to be a fresh new direction for the brand, won’t seem all that different to the casual observer. The front end is messy and the piano-black plastic kidney grille looks cheap up close. The interior design and quality are big improvements, but they needed to be, and the cabin is not obviously superior to rivals. All of which makes the $3,100 price increase to $49,000 hard to swallow.

The 3 Series is once again a fine way to spend your first big paycheque, especially if you value performance and handling. Aside from the entertaining driving experience though, the new model is a conservative step forward for BMW. Given how much the new 3 Series has to prove – to enthusiasts, and to customers who defected to other brands – we were hoping for a more spectacular leap. 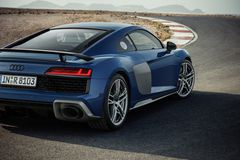 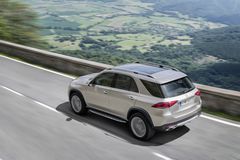 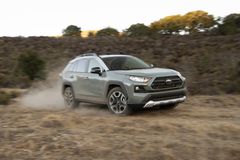