Car reviews always talk about sporty handling, but I’m a normal driver and, as long as I can pass cars on the highway when I need to, I’m not looking for a sports car. I would like leather and as many bells and whistles as I can get for $25,000 or less. My buddy says I should look for an older BMW X3, but I’m worried about reliability. – Suresh, Winnipeg

The average luxury SUV will spend more time in the parking lot at Loblaws than on the track at Le Mans.

So, if you don’t want sporty, a good bet is the 2014 Acura RDX (an average asking price of $21,190, according to Canadian Black Book). It’s capable, well-equipped for the price and reliable.

Sure, the BMW X3 is more athletic – but to find a loaded version, you’ll likely have to look at 2013 or earlier.

“Some have knocked the… RDX's somewhat less-sporty driving persona,” Globe Drive said. “But let's not forget this is a crossover SUV, so who really cares as long as it's pleasant to operate and competent.”

Redesigned for 2013, the RDX had just one trim. That came with pretty much everything you’d expect with a luxury SUV – except a power-lift gate and navigation. For those, you needed the optional tech package ($3,000 when new – and about $2,000 over the base price for used).

But, while the RDX came standard with a backup camera, it was missing some safety tech – including blind-spot warning and rear-collision sensors – that you could find in other 2014 rivals.

Consumer Reports liked that the five-seater RDX was inexpensive for a luxury SUV. It also praised the RDX’s “strong and smooth powertrain, good fuel economy given the amount of power, very comfortable front seats and a roomy rear seat.”

It griped about Acura’s “infuriating” dual-screen infotainment system, its stiff ride for a luxury SUV and the small rear window that hurt visibility.

“While the RDX doesn't push the envelope in styling, handling or interior quality, it is benign, comfortable and easy to live with,” Consumer Reports said.

Consumer Reports recommended the 2014 RDX and gave it four out of five for reliability.

There was one recall to replace Takata driver’s-side airbags.

The X3 didn’t require much compromise – but it could get pricey as you added more stuff.

“The BMW X3 emphasizes driving fun and melds luxury car attributes with the traditional utility of an SUV,” Consumer Reports said. “Cabin finish is impeccable and passengers benefit from supportive seats and a hushed interior.”

There was a long list of options and an executive package, premium package and technology packages. Blind-spot warning wasn’t available – but parking sensors and a backup camera were options.

And Consumer Reports said the controls could “take some getting used to.”

There were four recalls, including a defect that could potentially cause the brakes to lose power assist while driving. 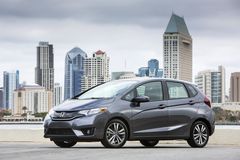 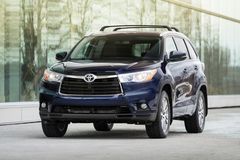 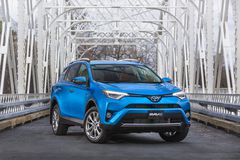