I’ve spent my entire adult life as a certified “car guy,” which has naturally led me into the world of motorsports. For me, spending the whole day driving as fast as I can through a hastily constructed racecourse built out of 250 bright orange pylons is pretty exciting. If that sounds as appealing to you as it does to me, you should check out autocross (or autoslalom), a relatively safe sport where solo drivers compete in their own cars against an unforgiving clock.

A few weeks ago, after learning that motorsport was included in Ontario’s Phase 1 re-opening plans, the organizers of the Push It to The Limit Autocross Series hastily put a plan in place to jump-start the delayed 2020 season. (Full disclosure: I am a sponsor of the series.) Ultimately, 120 drivers with cars of all types gathered to keep the Indy spirit alive on the CNE grounds in Toronto.

Waiting drivers were chatting, getting anxious as timing-equipment issues were sorted out for the season opener. Despite it being a solo event, it was actually a social occasion for many drivers. Everyone was fully aware of what was at stake. Physical-distancing guidelines were strictly enforced; anyone not adhering to them were asked to leave.

There are many reasons why I love autocross, but chief among them is the moment I approach the start line with nervous anticipation, mentally challenging myself to keep calm and drive as smoothly as I can. Finally, timing officials give a green light and engines roar to life. Competitors start lining up for their first chance to challenge the clock, wary that knocking a pylon over earns them a two-second penalty.

I don’t think I’m alone, so I encourage you to check out your local autocross series. In addition to Push It to The Limit in Toronto, there are approximately 20 clubs across the country, so finding one should be pretty easy.

My moderate sunburn and I headed home that afternoon in my Caterham Super 7 clone contemplating what I needed to tweak on my car to make it a potential class-winner. A far easier task than figuring out what it will take me, as its driver, to stop being the weakest link.

This is a common question. I like to take the opportunity once per year to check for any changes in U.S. import rules regarding tire-pressure-monitoring systems (TPMS). According to National Highway Traffic Safety Administration (NHTSA) documents, nothing has changed. The relevant document basically states that an invoice must be provided at time of importation showing that a TPMS system identical to and with the same part numbers as the manufacturer’s has been installed.

Your Civic does come standard with a monitoring system referred to as indirect TPMS, which unfortunately is a different system than what is used in the U.S., which is direct TPMS. You would, in theory, have to have everything TPMS-related taken from a Honda Civic of American origin and install it into your Canadian car to be 100-per-cent compliant, which would be completely cost prohibitive.

However, I have had a couple of readers email me stating that they installed an aftermarket direct TPMS and managed to import their vehicles into the US. If you feel like taking a gamble, install an aftermarket direct TPMS system and give it a try, but be prepared for the possibility that you may fail at the border. Otherwise, you will need to sell the car in Canada before you depart on your new adventure.

Is there any disadvantage or problem in decarbonizing a petrol-engine car of 1200cc which covered 75,000 km, a Maruti Suzuki Swift?

I had never heard of a Maruti Suzuki Swift. I actually thought at first that Maruti was a typo, but combined with the use of the word petrol, I realized that I was dealing with a reader on a different continent.

After some research, I now realize Arjun likely lives in India and is driving a 2010 or newer Suzuki product with a 1.2-litre K-series engine. What I can’t tell you, Arun, is if yours is the earlier 1.2-litre engine or the later-model 1.2-litre Boosterjet turbocharged engine. The difference is critical to my answer, for only the later Boosterjet engine appears to be direct-injected.

Alternatively, placing the fuel injector directly in the cylinder head – as in the newer direct-injection engines – offers manufacturers immense fuel-economy advantages. However, it no longer sprays fuel onto the intake valve. This will result in an intake valve that does not get washed and becomes carboned-up easily. Decarbonization is beneficial for direct-injected engines, with little drawbacks, but ineffective on older fuel-injected engines. 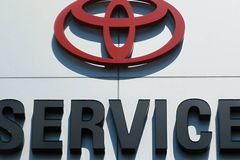