It isn’t every day that a car maker shares data with its competitors, which is why Volvo’s recently launched EVA Initiative could be considered a big deal.

Standing for “Equal Vehicles for All,” EVA is an effort by the Swedish automaker to collect and freely disseminate nearly 50 years of safety research through an easily accessible digital portal.

The project, which is available to everyone, contains more than 100 scientific studies covering a variety of subjects and tens of thousands of accidents and collisions. The papers go as far back as 1973, looking at chest and frontal impacts, up to a 2018 study on child safety in cars.

The intention behind the initiative, according to bio-mechanical engineer and senior technical leader of safety research Lotta Jakobsson, is to encourage the broader auto industry to make vehicles that are safer for all users, but especially women, who have historically been underrepresented in design concerns.

“Women are more vulnerable, simply by design,” she says. “We’re smaller, we have slender necks and we have more movements in our joints.”

When Jakobsson started at Volvo in 1989, car makers were using standardized crash-test dummies designed almost exclusively to look like average men. The result is that women were experiencing a disproportionate number of certain types of injuries, such as whiplash, which often occurs in rear-end collisions.

Jakobsson’s research led to Volvo incorporating not just female-shaped dummies, but also others in a variety of shapes and sizes that more closely represented a larger range of users.

That range produced better data and a more fulsome understanding of how some injuries were occurring, which ultimately led to Volvo introducing the WHIPS system in 1998. With redesigned seats acting as shock absorbers, the system led to a 50-per-cent reduction in postcollision whiplash symptoms, Jakobsson says.

Beginning in the 1990s, Volvo also pioneered side airbags and inflatable curtains – features that have since become industry standard.

Engineers at first considered putting airbags into the doors, but the research found that women were better protected when they were located in the seats instead. The curtains, meanwhile, were designed specifically for shorter people, who are more at risk of hitting a car window with their heads in a side impact than their taller counterparts.

“Females are smaller in sizes and need to have an airbag in another place besides where a tall male might need one,” Jakobsson says. “We had to make sure we had the protection in the right spot.”

It’s unusual for an automaker to share such data since it can represent a competitive advantage, but Volvo says it has opted to make its research available in the interest of broader safety. It’s not all altruism, though – the automaker has already benefited from the information.

“I think it’s because we’ve already used it, we’ve designed products with it already,” Jakobsson says. “We want to be first, but then we like the others to follow because that will be better for everybody. It’s in line with our way of thinking.”

Industry observers say the move to share the data in a centralized manner is a positive for both the automaker and the industry in general, which ultimately means it’s good news for drivers and passengers.

Newer car makers, such as those serving China’s domestic market, especially stand to benefit, since they’re the ones most in need of such information. China may indeed be the EVA Initiative’s biggest target with this move, as the automaker is owned by Hangzhou-based Geely Holding Group.

Mark Boyadjis, global technology lead for automotive advisory services at analysis firm IHS Markit, says most major car makers are likely already aware of most of the research being shared.

“Toyota is not looking at this and saying, ‘Wow, this is amazing I never knew all these things!’ ” he says. “But it could help to bring those who are not as safety focused up to speed. For Volvo, it helps to further cement their brand as altruistic and [promoting] safety for everyone.” 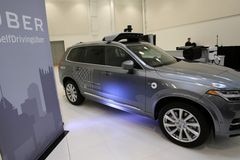 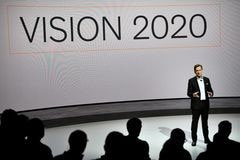 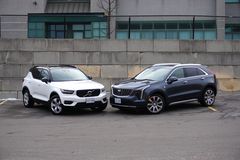