The brilliant nerd who suffers through grade school only to end up ruling the world is a classic narrative of the tech age. Larry Page and Sergey Brin may once have been dateless geeks, but as the founders of Google, they're now the guys with personal jets, the ocean liner-sized yachts and the ear of world leaders, all because they write killer algorithms.

Which brings us to the 2016 Toyota Prius. If it were a human being, it would be Page and Brin rolled into one. Many see the Prius as the ultimate geek car, with a personality defined by clever software and wind-cheating aerodynamics. In other words, not sexy. But Leonardo DiCaprio and George Clooney both drive one. So do Julia Roberts and Cameron Diaz.

For more than a decade, the Prius has been a Hollywood cult car. Once upon a time, the stars signed up for a Rolls Royce or a Lamborghini. Now it's all about eco-cred, alternative energy and downplaying the stud factor: The Prius is the vehicular antonym to the blacked-out Corvette, the jacked-up pickup truck and the titanium-wrap Ferrari. The Prius makes no statement about your alleged sexual powers. No heads turn as you roll past. There is no mating-call exhaust note. It is a reverse compensation device.

A 3,500-kilometre-plus test drive through Tennessee and Georgia gave me ample opportunity to decode the Prius's counter-intuitive allure. Heading south on Interstate 75 was a calming experience – the miles clicked past, the stereo played and the fuel gauge didn't budge. In cars like my supercharged Lotus Evora, you are keenly aware of the mechanical fury that powers your ride: The high-tuned engine cries a jungle-cat song as you blast up through the gears, and the tachometer needle swings angrily toward redline. After a spirited drive, you feel like having a cigarette, even if you don't smoke.

Forget all that. The Prius is fast enough to get the job done, but its Hybrid Synergy drive worships a new set of engineering gods. There's a small gas engine plus a pair of electric motors, a lithium-ion battery and brakes that generate electric power. Looking under its hood is like gazing into the engine room of a starship – you won't recognize most of what you see, and it's controlled by enough computer code to run the U.S. missile defense system. You ride in silence, pulled ineluctably forward by a new kind of force, as if you have been caught up in the field of a gigantic electromagnet mounted somewhere out on the horizon.

What's more, the fuel economy of this fourth-generation Prius is staggeringly good. On the highway, I routinely achieved 60 miles per gallon (4.5 litres per 100 kilometres), a figure that is the driving equivalent of the four-minute mile. Around town, the car did even better, since it spent more of its time running on electric power.

But it is not for everyone. One of my friends considered a Prius after his divorce, but went for a sports car instead. "When I thought about driving a Prius I felt like I was dead," he confided. At a gas station in Tennessee, a trucker with a Confederate flag and an NRA sticker on his Freightliner 18-wheeler gave our Prius a pitying look. The only way I could have offended him more was to slap on some gun control and "Vote For Hillary" decals. A little while later, I found the Toyota Prius Haters Club Facebook page, which had 226 likes.

To a certain constituency, the Prius is a rolling symbol of smug, nanny-state liberalism. To yet another, it symbolizes middle-age fatigue – it's a car you get when you don't care about attracting the opposite sex anymore.

None of this matters to me. I've been a Prius fan for years, and the fourth-generation, 2016 model is the best one yet. I love its efficiency, and there's room in the back for my radio-controlled model planes, my hang-gliding equipment, and all the luggage my wife and I need for long trips.

And then there's the style thing. As I've learned through my lifelong study of vehicles and aesthetics, few "styled" machines stand the test of time. Many designs are praised at their inception, only to go down in history as abominations. When they were introduced, the AMC Pacer and the Chrysler Cordoba had their fans. Today, they are relegated to the aesthetic failure file, along with the Earth Shoe and the polyester leisure suit.

The very best designs are shaped by function. The shape of the Porsche 911 was determined by the placement of its engine and the need to carry luggage. The contours of the VW Beetle were dictated by its industrial mission statement: It had to carry a family, it had to be built with the minimum amount of materials and had to be easy to fix. The 911 and the Beetle are two of the most enduring shapes in the car world.

Style can often take us down the wrong path. Back in the 1980s, I was dismayed when glider designers came up with a new design that swept the front edge of the wing backward. Wing-leading edges had always been straight – that's what we all liked, and we all thought it must work best. We were wrong. The swept-back leading edge, as it turns out, was aerodynamically superior. We got used to it, and today, it is the aesthetic ideal.

So I disagree with those who call the Prius ugly. With each generation, its shape has become more wedge-like, its form dictated by seating space, luggage requirements and aerodynamics. It has a drag coefficient of 0.24 (this is the kind of thing that only engineers brag about, but still…), it carries five people plus luggage, and my wife and I drove it from Toronto to Chattanooga for about $60 worth of fuel.

Function is the truest, most lasting style of all.

Kawabata Masato, a Japanese drifting series champion, has set a Guinness World Record for the fastest drift – achieving a speed of 304.96 km/h while at a drift of 30 degrees.

Masato and Nissan set the record during an event on a 3-kilometre runway at Fujarirah International Airport in the United Arab Emirates. The car was a 1,380-horsepower GT-R specially tuned by Nismo specialists to send all the power to the rear wheels. In the video, which looks more like a blockbuster movie trailer, Masato hits a top speed of 350 km/h before throwing the car into the drift.

The record was broken March 3, but Nissan only released the video Thursday.

Masato obliterated the record set in 2013 by Polish driver Jakub Przygonski, who went 217 km/h in a modified Toyota 86. Will the new and affordable Tesla Model 3 turn Elon Musk into the next Henry Ford?
May 16, 2018 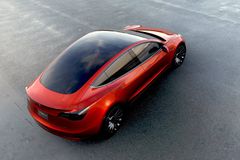 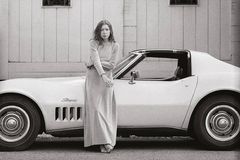 The Range Rover SVR: A machine of substance fit for the Queen
May 16, 2018 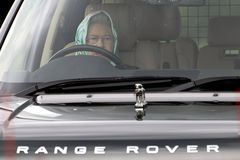