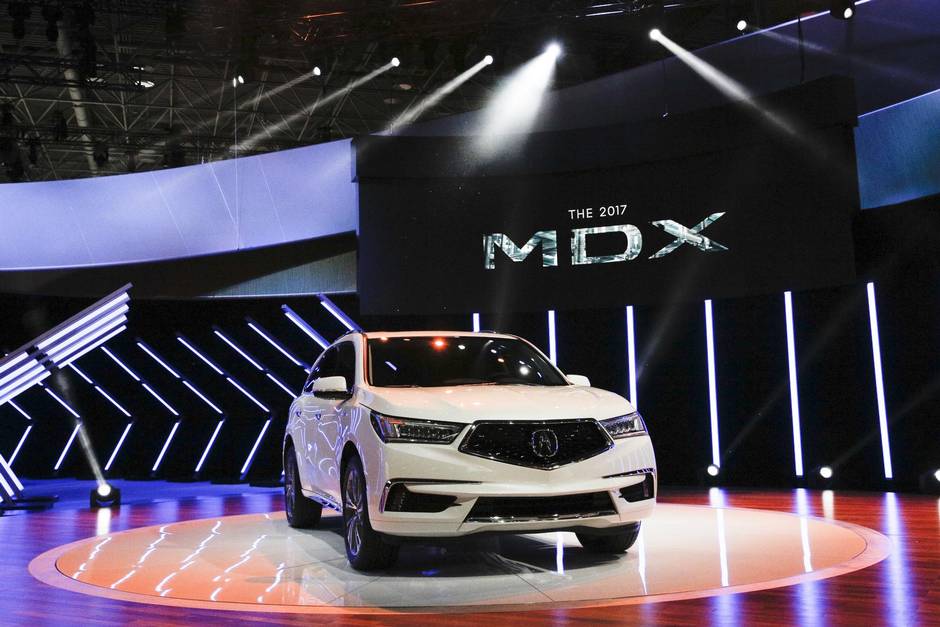 Easily one of the most popular vehicles to carry the Acura calipers in the brand’s 30-year history, the MDX has been refreshed for the 2017 model year and given an added boost. From a visual perspective, this is the first Acura production model to carry the revised corporate grille, which was seen on the Acura Precision Concept presented in Detroit earlier this year.

The luxury division of Honda has struggled mightily in the past to find the proper look for its vehicles and this new direction, dubbed the “diamond pentagon grille,” strikes a better balance … although it also bears a resemblance to some recent Infiniti designs.

The bigger story is the addition of a hybrid version to the MDX offering. The non-hybrid model soldiers on with a 3.5-litre V-6. Meanwhile, the new addition to the fleet, the MDX Sport Hybrid links a 3.0-litre V-6 with one electric motor driving the front wheels and two more sending power aft. This gives the MDX a true AWD system that, as with the Acura NSX supercar, also features torque vectoring by acceleration to help with cornering.

Total system horsepower for the MDX Sport Hybrid is rated at 325, an improvement of 35 markers over the exclusively gas-powered model. The hybrid version should also show a gain in fuel consumption, with estimates for combined driving rolling in at 9.0 litres/100 km. The hybrid model also receives an exclusive active suspension system and a fourth drive mode for sportier ambitions. 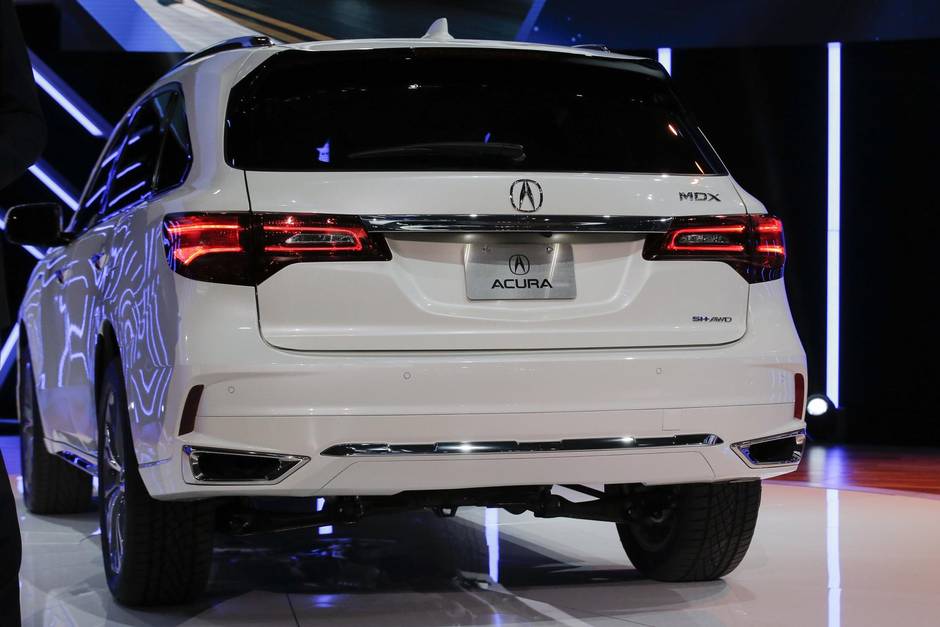 When can we buy it, and for how much?

The non-hybrid version will be available starting this summer, while the hybrid comes on-stream later in the year. Pricing has yet to be announced.

If priced right, the hybrid should be the go-to version.