Your doctor has informed you that you have just one afternoon left to live. You want to spend it at the Canadian International AutoShow, but you don't have time to see everything. So what are the 10 cars you should check out? 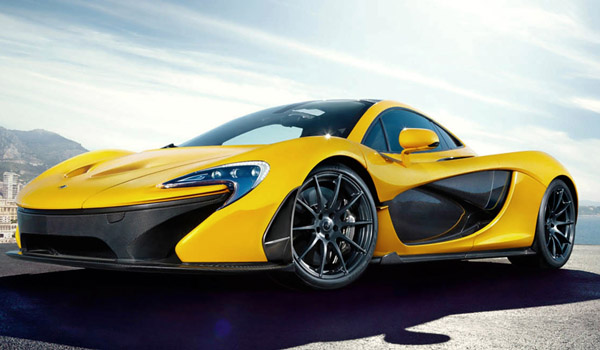 When you hear “plug-in hybrid,” you automatically think of an earnest, tree-hugging ride designed to impress the crowd at a Greenpeace fundraiser. The P1 isn’t that kind of plug-in hybrid. Instead, it’s a 903-horsepower monster with the appearance of a mutant insect and a hybrid powertrain that would not be out of place in a starship. Built in McLaren’s legendary English factory (which resembles a computer clean-room crossed with a missile factory) this is a science project on wheels. The chassis is moulded from carbon sheets. The doors swing up and out, and a wing pops up out of the tail on polished struts. Definitely a car to marvel at. 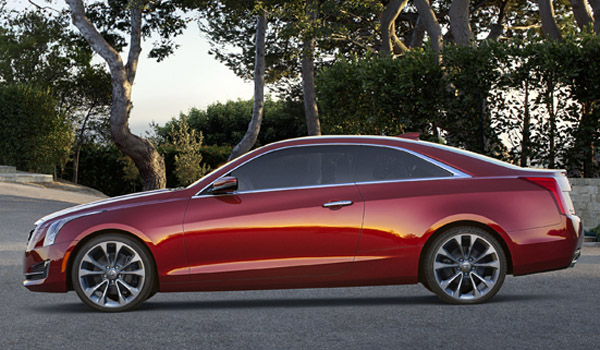 Although it’s best known for rapper-transporter SUVs and Mad Men-era land yachts, Cadillac has some amazing engineering talent, and the ATS coupe is its masterwork. Based on the CTS sports sedan, the ATS has fattened fenders and two less doors. Although the changes sound minor, they make for an interesting car. 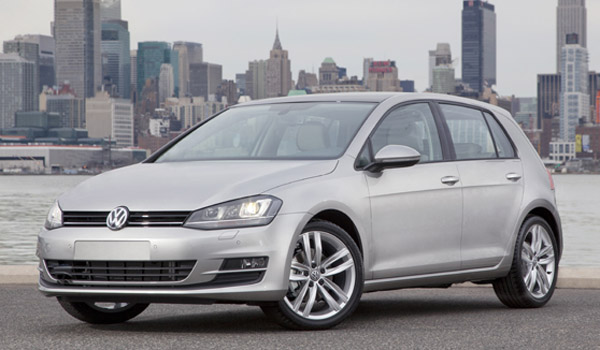 The Golf you’ll see at the Canadian International AutoShow is an all-new design, the seventh generation of VW’s classic hatchback. The first Golf, which appeared in 1974, signaled VW’s move away from the rear-engine, air-cooled Beetle that had defined the company since the 1930s. This model is lower and wider than its predecessors, and weight has been reduced with high-strength materials, but the new Golf retains its signature feature – the flip-up hatchback that maximizes storage space. 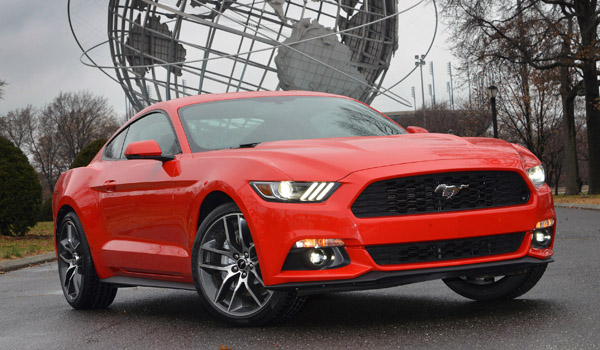 The Mustang has had a checkered history. First came glory, in the form of the 1964 original, which set sales records and launched the pony car movement. That was followed by masterpieces like the 1969 Boss 302 Mustang. Then came the dark age of the Mustang 11, a 1970s travesty that was featured on Charlie’s Angels.
Latter-day Mustangs have hewn closer to the excellent original concept, but made do with a stone-age rear suspension. The 2015 looks like the best Mustang yet, with compact dimensions, style that captures the spirit of 1969, and a fully-independent rear end. This is automotive history.
Gallery: 16 photos of the redesigned 2015 Ford Mustang 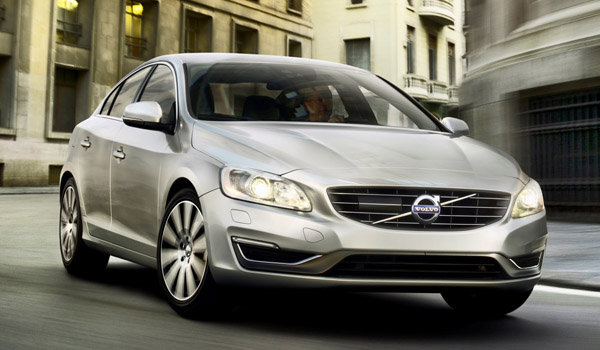 The Polestar is an enthusiast cult car, but was never available in Canada. Now the wait is over, and the Polestar’s arrival symbolizes the Swedish car maker’s changing fortunes. Although many think of Volvo as a builder of dull, nanny-state rides that may save their life in a crash but bore them to death afterward, the cognoscenti have always known about Volvo’s long rally racing history, and its tradition of smart engineering that combines performance with safety. The Polestar is the thinking-driver’s performance machine, with 508 horsepower, a beautiful leather interior, and the muscular, hunkered-down presence of a race car. 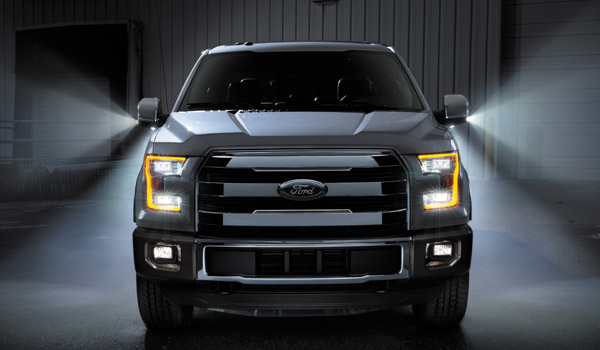 Against all odds, the biggest car story of the new year has been a pickup truck. The new F-150 is a game changer, with an aluminum body that dramatically cuts the truck’s weight. Less weight means you can use a smaller engine, get better braking and handling, and cut fuel consumption.
Although competitors pooh-pooh the aluminum truck and stress the virtues of traditional steel, Ford has captured the world’s imagination with its lightweight truck. To see the difference between the old and the new, try opening and closing the aluminum F-150’s tail gate – it feels feather light. Will aluminum be tough enough? Ford is betting on it.
The full story: Is Ford's new F-150 a game changer? 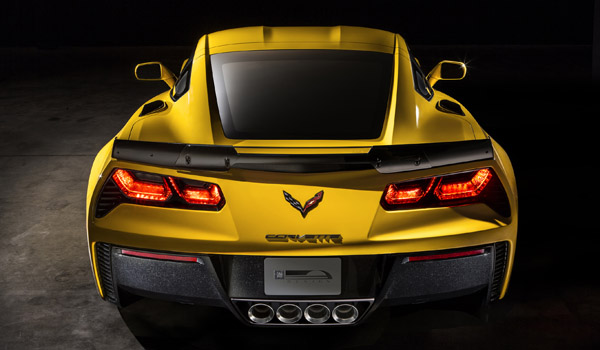 The Chevrolet Corvette has a long, uneven history. There have been stylistic masterpieces like the 1963 Sting Ray Coupe as well as tacky kluge jobs like the mid-1970s “Coke Bottle” ’Vette, with its smog-strangled engine and looks that made it the perfect car for fictional porn star Dirk Diggler in the film Boogie Nights.
The new Z06 returns the Corvette to its rightful place as the king of Detroit performance. The ZO6 takes the beautiful aluminum chassis of the next-generation C7 Corvette and adds a supercharged V-8, racetrack-worthy suspension, and a built-in performance documentation system that includes video cameras and black box-style measurements of acceleration, braking and turning force. The ZO6 is designed as an American supercar that can run with foreign exotics for a fraction of the price. And it has accomplished that mission. You may not like some of the styling details, but the ZO6 is a car you need to see.
Video: Peter Cheney takes a detailed look at the Corvette Stingray 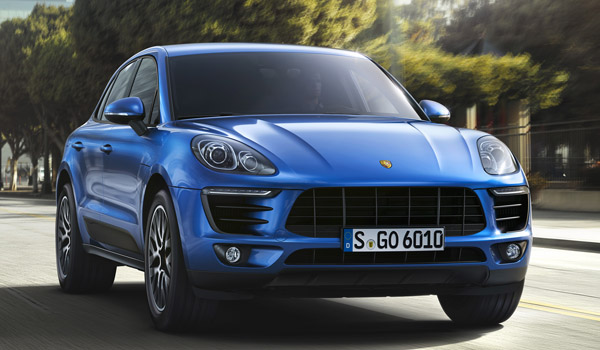 When Porsche announced that it was going into the SUV business in 2002, the driving faithful reacted in the same way that Catholics would upon learning that the Pope was joining a swinger’s club. How could the maker of the iconic 911 sports car build the Cayenne, a sybaritic luxury barge aimed at soccer moms? But the market has spoken: Porsche’s SUV has been its best-selling car since its release.
Now comes the Macan, which shifts the Porsche SUV toward the sporting end of the scale. Smaller and lighter than the Cayenne, the Macan has a seven-speed transmission, and up to 395 horsepower. In the flesh, the Macan is cool – when I saw it for the first time, it struck me as the improbably beautiful love child of a Cayenne and a Porsche 911. If a genie were to pop out of a lamp and grant me an SUV, I would probably choose it. 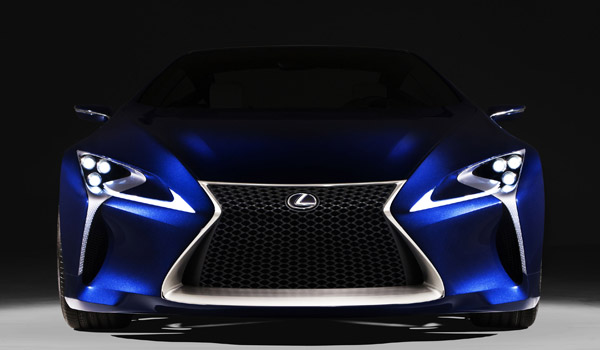 This is an automotive litmus test – you will either love or hate the LF-LC’s spectacular front grill, which resembles, depending on your aesthetic leanings, either an aggressive yet beautiful work of sculpture, or an open-mouthed whale shark that has been fitted with a set of chrome-plated, Lil-Wayne-style dental grilles. Either way, you’ll remember it. 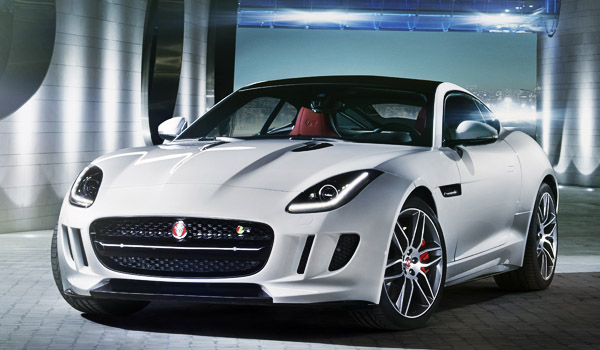 Jaguar’s resurrection of the two-seat sports car with its long-awaited F-Type convertible was (at least to English car buffs) the automotive equivalent of the Second Coming. Now comes the even more beautiful coupe version, which completes that car’s perfect shape.
The F-Type Coupe is the direct descendant of Jaguar’s legendary E-Type, a car that stopped the world in its tracks when it was released in 1961. The F-Type captures the muscular grace of the original while moving the design forward. This is a stunningly beautiful car that may help us all forget Jaguar’s dark days, when it was cranking out overweight sedans that looked like Chevy Caprices with burled oak interiors and pretentious badging.
Gallery: 2014 Jaguar F-Type convertible
Page 1 2 3 4Next