If you don’t stop, it’ll take about three hours to drive the stretch of California Highway 1 tethering Monterey, Calif., to Pismo Beach, Calif. But you will stop. Many times. 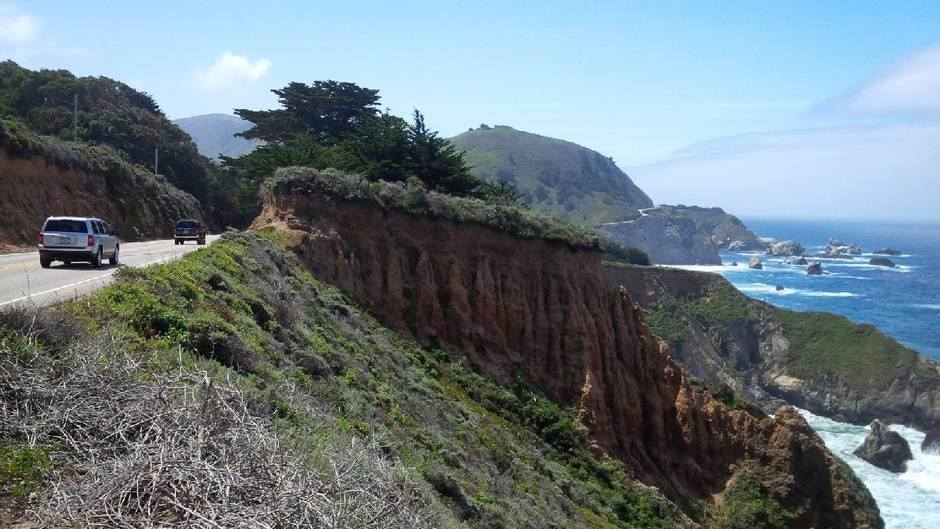 The road weaves through 235 kilometres of hill-hugging, redwood-shaded, lookout-etched, breathless scenery. Going north-to-south provided ocean views to the right for my passengers, spouse, Wendy, and son, Ted. We made the trip during a May vacation as migrating whales swam in the opposite direction, surfacing from time to time to send spout funnels of steam, seen and heard from the cliffs hundreds of metres away. We also spotted elephant seals, sea lions, otters … and surfers paddling among them.

Back in the day, Dr. John Roberts needed 31/2 hours to reach a shipwreck near the Point Sur Lightstation, 40 kilometres south of Carmel, Calif. The arduous journey seeded Highway 1, also known as the Pacific Coast Highway, according to the Cambria Historical Society. Construction began after the First World War in 1919 with convicts from San Quentin Prison performing the labour in exchange for reduced sentences.

Fair warning: RV drivers clog a two-lane road with precious few passing opportunities. Traffic is heaviest in July-August so if you like the hot California sunshine and not-so-much the traffic, try mid-to-late September and early October. There are many kilometres between gas stations; stay filled to maintain the bliss. Perhaps, too, bring along music from the Eagles, because you’ll be taking it easy along this route. A couple in a yellow Triumph convertible got it right by stopping north of Big Sur, spreading out a blanket for a picnic, opening a bottle from Napa, and gazing across the Pacific Ocean ... all the way to Hawaii.

The road fissures Monterey as though through a cobblestone-strewn Italian mountain village, and crawls through tourist-trappy Fisherman’s Wharf, Cannery Row and the popular Monterey Bay Aquarium. While a quick seven km to Carmel from here, the 17-Mile Drive detour veers into forest before coming into a stretch of ocean views, enviable homes and pristine golf courses, accented by native cypress trees. Painted with red dashes to keep drivers on course, it ends at Pebble Beach where the annual Concurs d’Elegance is staged in August, along the same 18th fairway where Tiger Woods wrapped up a 15-shot U.S. Open victory in 2000. The course is public – green fee: $495 (U.S.), and call well ahead. The $10 road toll may be applied to $30 merchandise at Pebble. 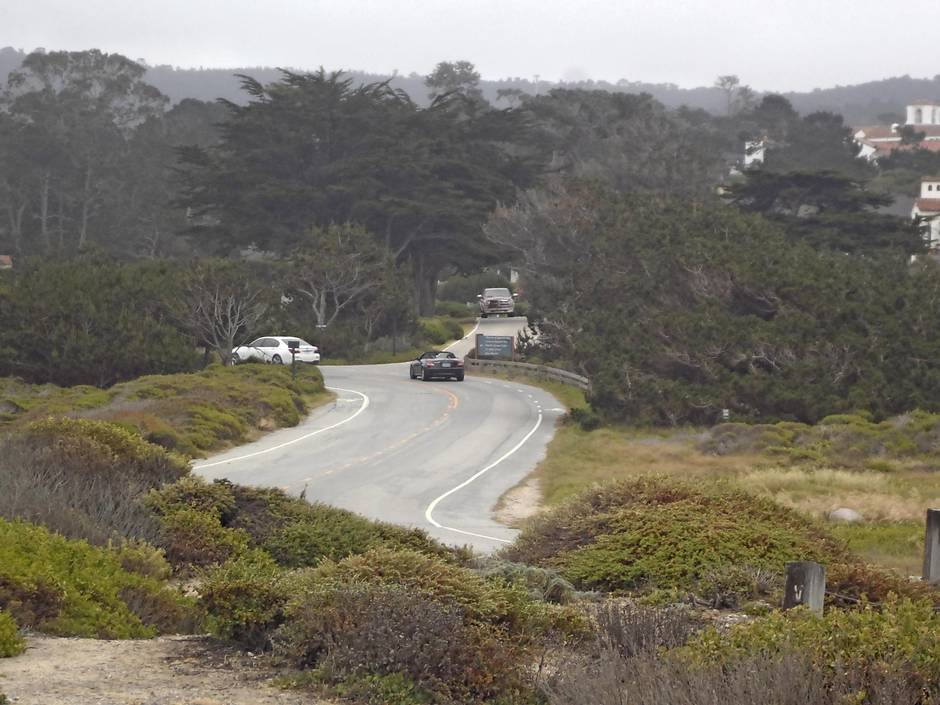 Actor Clint Eastwood, formerly mayor of Carmel, saved the Mission Ranch from developers and today, eight residences ranging in intimacy from the Honeymoon Cottage to Main Barn are spread over 22 acres with views of the Pacific (missionranchcarmel.com). Rooms weren’t available; instead, we sipped on craft beer at his former restaurant downtown, the Hog’s Breath, where pictures, posters and paraphernalia from his The Good, the Bad and the Ugly/Dirty Harry days are posted in the bar. We ended the day with a walk through a town reminiscent of Fernie, B.C., if only for its architectural preservation. 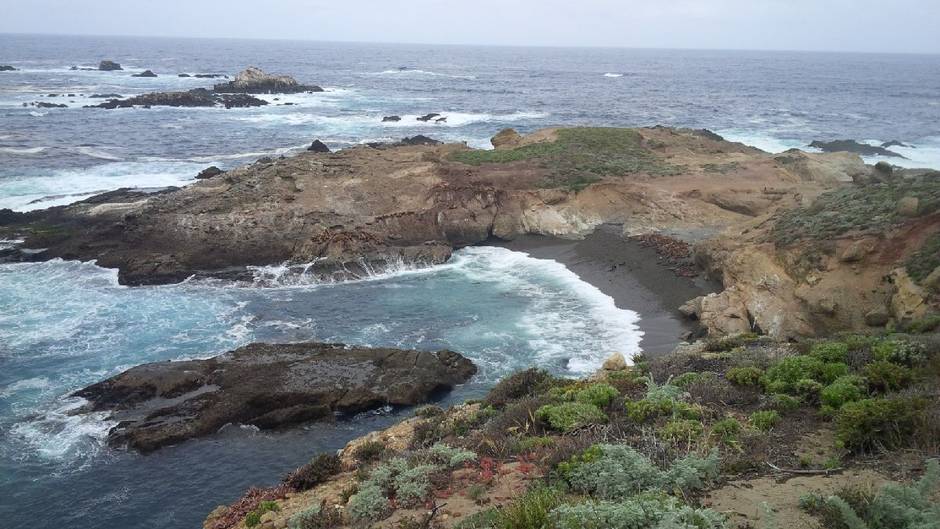 The $10 entrance fee is good for admission to any state park same-day. A narrow, well-maintained road leads to trails cut among Monterey pines, rock-bordered coves and kelp forests, a healthy outing for hikers and one of discovery for guide-led school groups. By following a sand-packed path along a clifftop, we found our reason for the stopover. Down below, in a sheltered cove, sea otters played in the waves with the joy of kids at the beach, and lay in the sun as though tanning at Bondi. 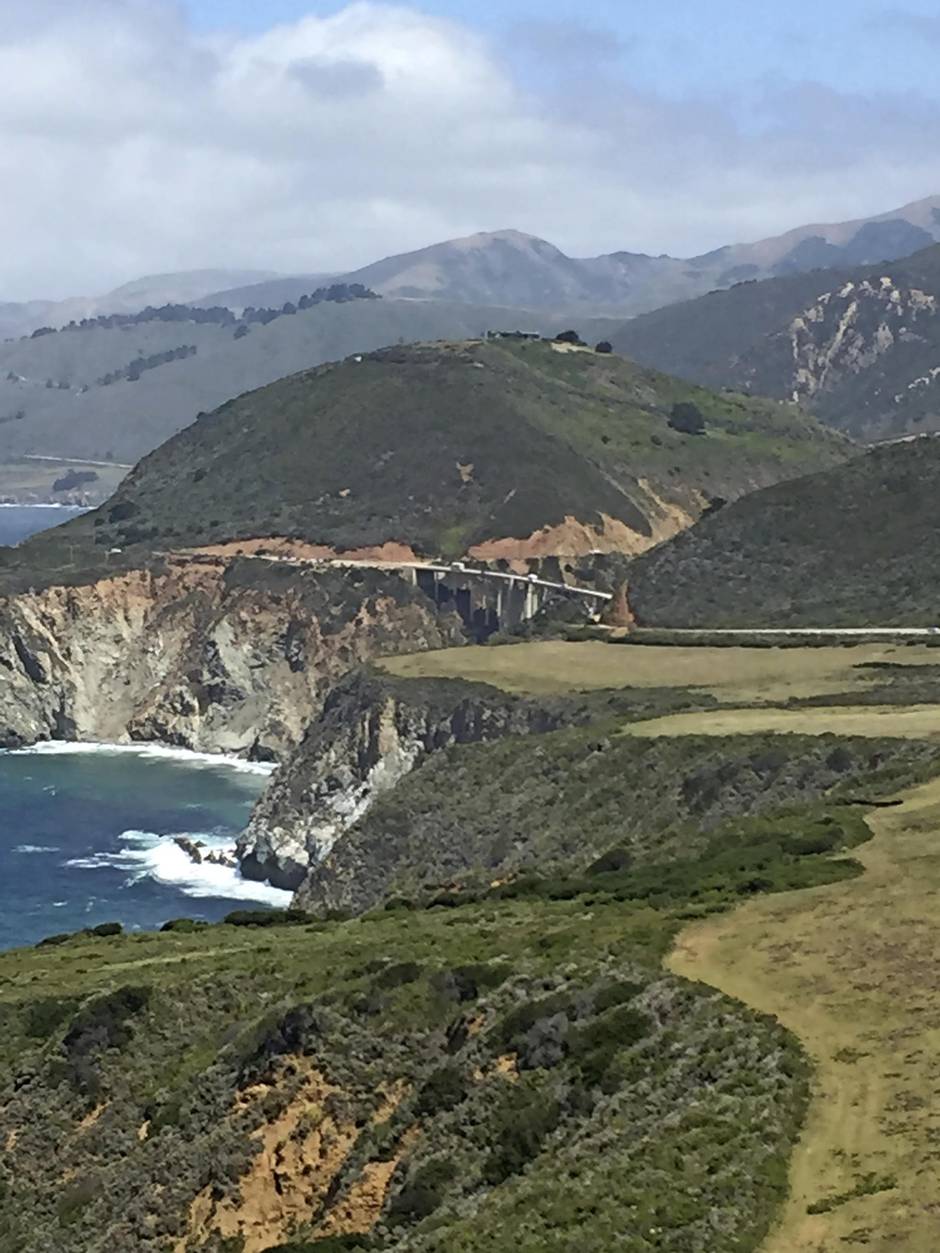 The highway climbs 300 metres above the ocean and the longest straight stretch of road lasts for oh, maybe 18 seconds. Built on a sweeping curve and once the largest arched highway bridge in the western United States, the open-spandrel arch bridge runs 218 metres in length, with a pair of concrete supports anchored to rock, 42 metres above the water. Opened to traffic in 1932, it is one of seven, albeit the most spectacular, arched bridges between Carmel and Point Sur.

The zig-zagging intensifies here and while our rented Nissan Altima handled the twists and turns fine, you long to experience the contours of the road and feel the sun on your face in an open-topped Mazda MX-5 … Ford Mustang convertible … Porsche 911 Carrera. … From a viewing area, McWay Falls and Cove look like a scene from an exotic island’s tourist brochure, palm trees and rock face enveloping a turquoise pool. Back on the road, we pass a 50-plus-year-old tanned cyclist who waves, smiles and says, “See you in San Diego.” Fernwood Resort, a campground on the Big Sur River, gets great reviews from travellers both for the sites and rustic restaurant. About 5 per cent of old growth redwoods remain along the coast and you’ll drive through a swatch here. 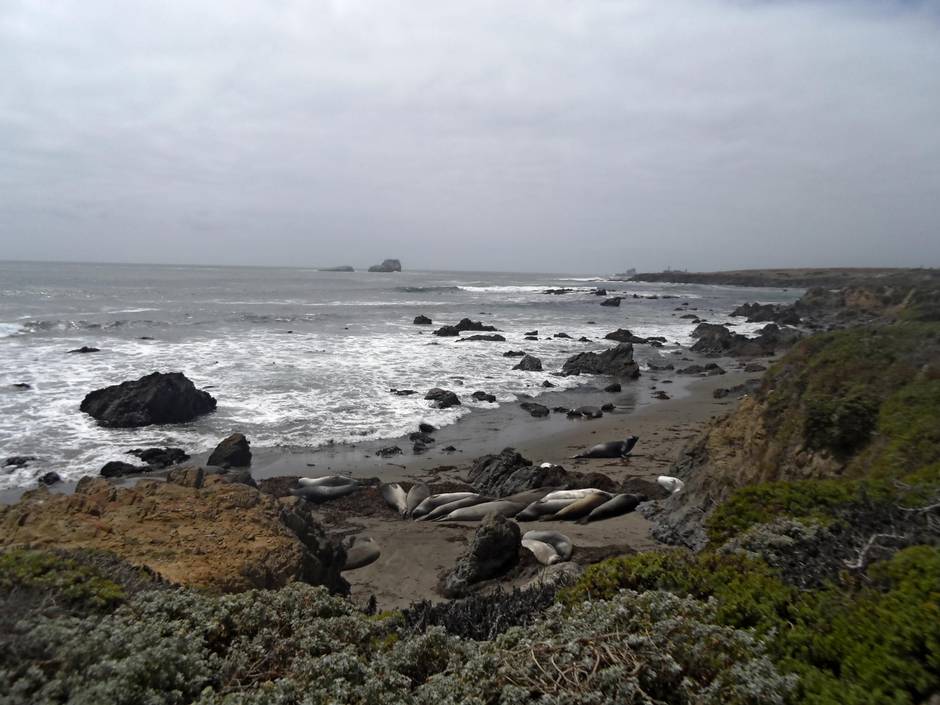 Male southern seal elephants weigh between 2,200-4,000 kilograms and stretch up to three metres in length. Their stunning colony, consisting of up to 15,000 basking in California sunshine, is immediately off the highway and fenced off. A parking lot and walking area allow views north and south. On the other side of the road, Hearst Castle, the palatial home built by newspaper baron William Randolph Hearst, reminds all writers and photojournalists which side of the business to be on, if prosperity is the goal. Cars aren’t permitted on a road that climbs 488 metres to the top of a property once spanning more than 100,000 hectares; instead, tourists are loaded on a bus and informed by a recorded sound track that starts, “Hello everyone, my name is Alex Trebek.” Seriously. The 165-room home is filled with medieval art and tapestries sourced from Europe after the First World War, perhaps most spectacularly around a 22-seat table in the dining room, where Hearst would serve aged prime rib rare, with ketchup and mustard, to Hollywood guests before adjourning to the movie room. Hearst had a zoo on the site, too; today, we’re told by a guide, 150 zebras remain to roam the hills. We see none.

We pass through Morro Bay and its extinct ocean-bound volcano, Morro Rock, covering 50 acres at the base and rising 175 metres. It’s an eerie site. The road turns inward toward San Luis Obispo en route to Pismo, with its long pier, boardwalk, infinite ocean views and a happy hour. Stay a while. You can walk the dunes on the state beach where no vehicles are allowed.