If you follow the latest demographic news – and who doesn't? – you'll know that a grey tidal wave is beginning to swamp our roads.

Thanks to our rapidly aging population, roads will soon be dominated by hordes of silver-haired drivers drifting across the highway before settling into the passing lane while driving at least 30 kilometres an hour below the limit, turn signal flashing as it has since Paul Martin was prime minister, brake lights pulsing every 100 metres.

A wrinkled army, born to be mild. That's the stereotype and, like all stereotypes, it contains some truths – and more than a few myths.

For one, no matter what you've heard or believe, drivers over the age of 70 are not the biggest menaces on the road.

"While older drivers have their issues, we have to remember that overwhelmingly the most dangerous drivers on the road are young males," says Ian Jack, managing director of communications and government relations at the Canadian Automobile Association's national office.

While superannuated motorists are involved in their share of accidents, according to the latest statistics, collision rates for seniors are dropping even as their numbers increase.

"People have to respect the fact that the vast majority of older drivers are safer drivers," says Dr. Shawn Marshall, principal investigator for Candrive, a project studying seniors' driving patterns that is developing a screening tool for those most at risk.

The fact is that today's average 80-year-old driver is a lot healthier than the average octogenarian of a few decades ago – with better vision, thanks to advancements in procedures such as cataract replacements. In addition, the baby-boomer-fuelled grey wave has produced a greater awareness of the issue.

"The older drivers have changed, in part because their expectations have changed," Marshall says. "The drivers we have now are probably more sophisticated, they have expectations of driving longer and have driving integrated into their lives."

There are more provincially run programs available to keep older drivers on the road. As well, there are tests to identify drivers at risk or drivers who might put others at risk.

In addition, both Candrive and the CAA have online tools designed to help seniors with some of the issues they may have to face – both physical and mental. And, thanks in part to a five-year Candrive study, there may soon be a new screening method to better identify those drivers whose physical or cognitive skills have made them dangers to themselves and other drivers. "We're not there yet, but we're optimistic that we'll have something very shortly," Marshall says.

In the meantime, seniors can take steps to make sure their driving won't be affected by physical and mental issues.

For starters, Jack suggests seniors choose their driving times wisely. Don't drive at night, he recommends, especially when roads are wet. If you do need to go somewhere in those conditions, take a cab.

If you're on vacation, avoid renting a car because driving a vehicle you're not familiar with may overtax an aging brain. Driving familiar routes can also reduce the cognitive overload.

Families can also play a role in making sure aging drivers are safe. "It's a very emotional issue," Jack says. "Giving up driving means a lot – a loss of independence in particular. But children of seniors who are having problems have to have that talk. If you notice any problems, talk to your parents about them."

But the fact is, most drivers won't be facing these issues until they're closer to 90.

Marshall says his years of study have left him feeling safer about sharing roads with the grey wave.

"The vast majority are safe drivers," he says. "I don't know why when somebody turns 65 or 66, we assume there will be a difference." 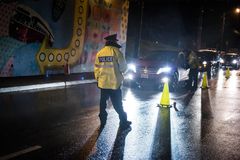 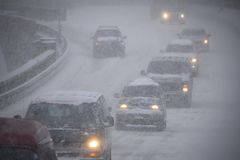 Nine surprising rules of the road you may not have known
January 1, 2018 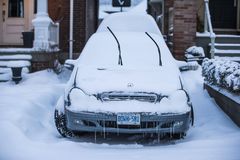