Faced with an unprecedented recall of millions of vehicles and rivals swooping in on its customers, the public relations machine at Toyota Motor Corp. - one of the most savvy brand-creators in Asia - is floundering.

Toyota has consistently played down recurring complaints of unintended acceleration, breaking what PR experts said is the cardinal rule in crisis management: assume the worst.

"People want to see a company take full responsibility, be empathic to the victims and their families and be in control by outlining the problem and how they intend to solve it. They also expect the CEO doing all this," said Ong Hock Chuan, a technical adviser of Jakarta-based PR consultancy Maverick who specializes in crisis management.

"Toyota seems to have failed in all counts."

Toyota president Akio Toyoda, the grandson of the company's founder, has not formally addressed the public or media on the recall problems.

Through November, the company continued to blame loose floor mats for the problem. That has eventually spread to a potential problem with accelerator pedals, and U.S. safety regulators are now renewing efforts to re-confirm whether the electronic throttle control system could have been at fault.

At a news conference in Nagoya on Tuesday - the first appearance by an executive from headquarters since the recall expanded last week - there was no deep bow, a standard fixture in Japan when a firm declares it is responsible for its mistakes.

"There should have been a more convincing explanation, including from the president," said Masato Takahashi, a public relations consultant at Kyodo PR.

"Even when they announced the recall initially, you can't just say, 'We're going to do a recall'. They should have gone further in way of explanation, and there should have been a heartfelt apology from the top."

At the news conference, a little-known Toyota executive in charge of quality, Shinichi Sasaki, said part of the reason Toyota decided to use U.S. auto parts maker CTS's accelerators was to help contribute to the local U.S. economy.

That was not what customers want to hear, PR consultants said, least of all when public memory is still fresh of a 911 call of Aug. 28 along with the sounds of the caller's Lexus crashing, killing its driver and three members of his family.

"It is an absolute disaster for a company which is Japanese, which has top-notch quality control, to have done it in such a spluttering manner," said Suhel Seth, managing partner of Indian brand management firm Counselage.

"What's worse is that in this case this whole concept of the visible Japanese apology was so missing."

Toyota spokeswoman Mieko Iwasaki said the company had all along taken the steps it believed were the best and fastest to put its customers first.

"If that was perceived as too slow, we will accept that as a sign of our shortcoming," she said.

For the past decade, Japan Inc. has tried to learn from past mistakes, when critics lambasted its habit of keeping data under wraps and its efforts to convey an image of calm deliberation.

After Bridgestone Corp. was forced to recall 17 million tires in 2000 following a series of deadly crashes, more companies have put in place crisis management procedures and turned to corporate communications firms for help.

Some argue that Toyota did what it could, as soon as it grasped the gravity of the problem.

"Some of the comments that have come out of the management really show that they are not trying to put anything under the carpet or trying to deny anything," she said. "I don't feel they are handling it badly. But it's a very tough thing to handle."

Consumers in Japan have been slow to voice concern, and rival auto makers have not offered incentives to capitalize on Toyota's woes.

"It seems to be a problem just in the U.S.," said retiree Masanori Kawami, 63, who said he was expecting delivery of a Prius at the end of this month. "I'm not worried."

But that nonchalance may not last. 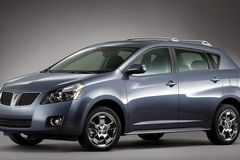