My brother-in-law drives around with a cracked windshield and I've told him repeatedly he should get it fixed. Isn't this a hazard? – Doug in Dawson Creek, B.C.

Whether it's a chip, crack, or bird dropping, anything obstructing a driver's field of vision is clearly unsafe.

If you're caught operating a vehicle with a window or windshield that impairs your vision, the traffic authorities in most provinces will likely issue a ticket and prescribe a timeframe in which the damage must be rectified.

In British Columbia, the fine is $56. In Saskatchewan, it's $115. In Ontario, you'll have to shell out $110 – and if your windshield looks like a spider's web or that it might belong on a Hollywood stunt car, at the officer's discretion you may be fined up to $500.

A small chip – whether it's a bull's-eye, bee's-wing or star shape – can typically be repaired, but larger cracks usually mean the windscreen has to to be replaced.

"As long as it's under the size of a loonie, we can certainly repair it," says Jim Cervo, manager of Kingsway Speedy Glass in Vancouver.

"In layman's terms, this is done by vacuuming out the air, because your chip or crack is just air. Once the rock hits it creates a little air pocket where the glass is separated. So we draw out any air and then inject some resin and cure it with a UV light. The process takes 25 minutes start to finish."

But is it necessary to repair a chip or crack (plural if you're living rural) that's not obstructing your line of vision?

Windshields are composed of two pieces of safety glass with a layer of vinyl between, and they're designed to stay intact during a collision. However, as with a bike helmet or child car seat, if a windshield has been weakened due to damage, it may not provide optimal protection.

In addition, even a small chip could eventually turn into a larger headache.

"What makes a chip typically run is any flex in the vehicle's body from driving, or things like cleaning it from the inside. The concave design means windshields are a lot more prone to crack if you push on them from the inside rather than the outside. If you put your thumb on a chip from the inside and give it a push, it will spread right across the windshield," says Ken Cousin, associate vice-president of Road Assist for BCAA.

"The wipers and weather will actually drive dirt and debris into the rock chip, and windshield washer fluids contain dyes, so when they do go to repair it in a month or so, it's not going to be optimum. There will definitely be some discolouring and it will look dirty, rather than a nice clean fill. If you get hit and go fix it within a day or two, it will be a lot better than if you wait," says Cervo.

Tell your brother-in-law that having a small crack or chip repaired now will save time and money down the road. If it turns into something larger, a windshield replacement may be required. He could also incur a ticket if the damage is in his line of sight. The longer he waits, the greater the chance of a noticeable repair. 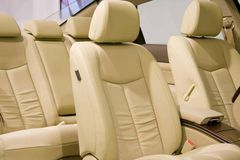 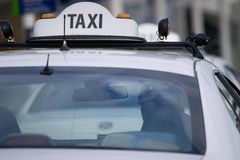 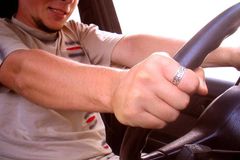 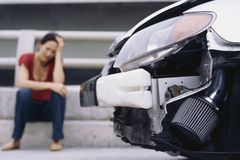 Why don’t taillights turn on with daytime running lights?
July 3, 2012 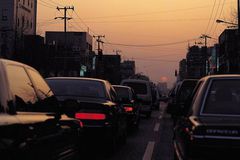