With the onset of fall and winter, I expect to be driving in more situations where I need all the help I can get to see other vehicles in motion, such as making a left turn across oncoming traffic on a foggy/rainy/snowy day, changing lanes or merging on a freeway during twilight, or as a pedestrian crossing busy multi-lane street in the evening. While Daytime Running Lights (DRLs) have been required on vehicles sold in Canada for 20 years, it seems there are more vehicles on the road these days without any running lights, and the mix results in some drivers pushing twilight into night before turning on their headlights. I don't know about the rest of Canada, but here in B.C. provincial regulations do not require DRLs. Do Daytime Running Lights prevent crashes and if so, why are they not enforced? – Al in Vancouver

Long before daytime running lights (DRLs) were mandatory on vehicles in Canada, safety-conscious drivers were turning on their headlights during the day. Anyone else remember the ubiquitous "Lights On For Life" campaign of the 1980s?

But do DRLs make our roads safer? The research I've seen does suggest that DRLs help to reduce crashes, but exactly how much of a difference they make is open to debate.

A 1994 Transport Canada report, Effectiveness of Daytime Running Lights in Canada based on Collision Data Before and After the Implementation of DRL, indicated an overall effectiveness in preventing frontal and lateral collisions between two light-duty vehicles of 8.3 per cent in daylight, and 16.6 per cent in twilight, for a combined total of 9.2 per cent.

A 1997 study evaluating the impact of daytime running lights on traffic safety in Canada, published in the Journal of Safety Research, had different results. "What we found was that there was a real – that is, not due to chance – 5 per cent decrease in crashes in two provinces, but DRLs appeared to make no difference in the rest," says Paul C. Whitehead, one of the study's authors, and professor of sociology at the University of Western Ontario.

According to Transport Canada, the purpose of DRLs is to reduce the risk of collisions in daytime by making vehicles more noticeable to drivers, cyclists and pedestrians. All vehicles sold in (or imported into) Canada and built after Dec. 1, 1989, must be fitted with DRLs.

"The technical standards for this device clearly state that the device operation must be non-switchable, meaning that the lights must be activated when the vehicle is in motion and the headlights are not in operation. Provincial regulations as stated in the Motor Vehicle Act Regulation Division 4.02 require that vehicles be in compliance with federal standards," says a spokesperson for the British Columbia Ministry of Transportation and Infrastructure.

Once a new vehicle meets federal requirements and hits the road, provincial and territorial governments have authority over the road system and its use, including vehicle licensing, operation and maintenance. While Nova Scotia is currently the only province with specific legislation requiring the use of DRLs or low-beam headlights during the day, most provincial and territorial governments require vehicles to comply with federal standards. The extent of the enforcement of these standards in each province seems to be where things get a bit murky.

"Any daytime running light system that has been disabled, removed or is found non-functioning while in operation on highway is contradictory to regulations. Vehicles that do not comply will not pass provincial inspection criterion, and are subject to roadside enforcement. Under 'general charges' a motorist can be ticketed for failing to have adequate lighting. However, vehicles licensed in other jurisdictions (i.e., tourists) may be exempt as the vehicles may comply with regulations where they are licensed."

While the Insurance Corp. of British Columbia can't pinpoint how many (and indeed, if any) tickets specific to DRLs have been issued in B.C., it confirms that more than 1,500 contraventions were processed in the province last year for failure to drive with required or lighted lamps, or failure to maintain required lamps.

Perhaps the vehicles you've seen recently without DRLs are more than 20 years old, or visiting from the U.S. where this feature is not mandatory. It may also be that this is not overly enforced due to the lack of strong, clear evidence to show that DRLs will significantly reduce accidents.

I married my wife - despite the K-car collection
October 6, 2011 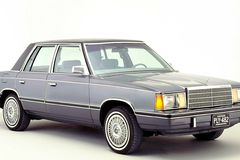 The race for fuel efficiency has just begin
October 5, 2011 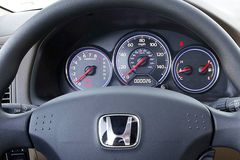 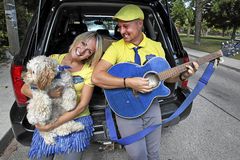 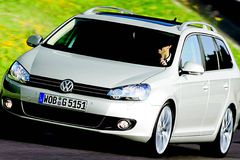 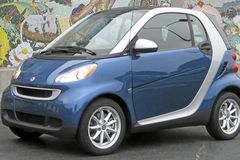