The Gotoo is a customizable compact subway car designed to ride on existing streets. It is meant to replace cars and trucks in our cities. The basic version of the Gotoo can accommodate up to 6 passengers and is customizable in terms of interior colour, scent, luminosity and ambient music. Its ultra capacitors would recharge in a fraction of a second by passing next to induction plates located along its path. 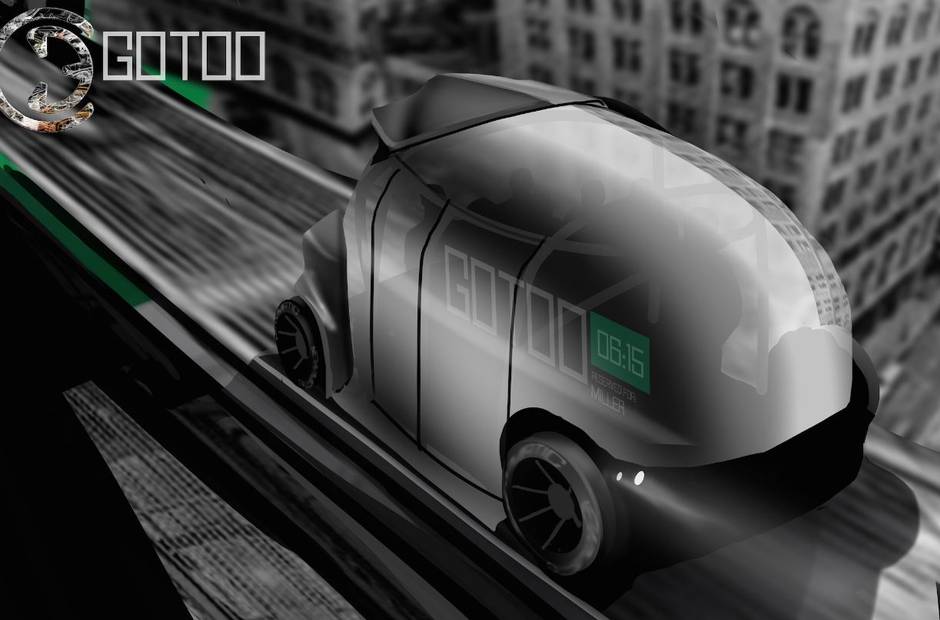 Recently I received a letter from a fan who suggested creating a smaller type of family train that would take up less space in our cities and consume less energy. His idea inspired me to create the Gotoo transit concept with Brian Miller. The Gotoo is meant to replace all cars in denser parts of our cities. It could be used as an alternative mode of transportation by citizens willing to pay more [than a bus or subway ticket] to cross town without using a private car. 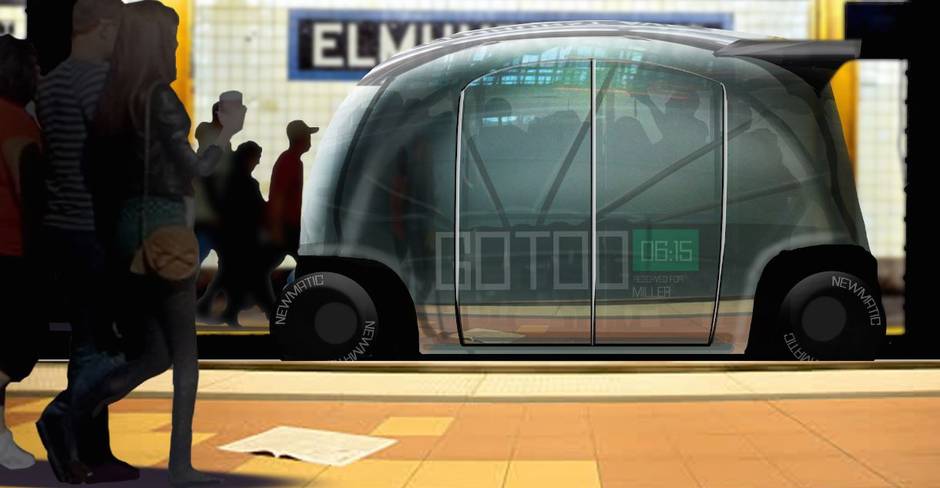 The Gotoo looks like a small bus or subway equipped with panoramic windows. The basic version is able to accommodate 6 people and could be configured to receive wheelchairs or be used as a mobile office. It would ride on existing streets and is designed to ride 24/7 as a privately or openly shared vehicle.

In northern cities, it would be equipped with 4WD wheel motors and be able to steer all of its pneumatic wheels. It would draw its power from an automatic inductive power transfer switch located along the streets and concealed in works of art. The Gotoo would be able to pick you up in front of your house like a taxi, but it would be designed as a shared mass transit vehicle, meaning that you could buy one, design the interior to your liking and share it privately with friends, family or the public.

The Gotoo family of vehicles would use common parts to simplify production and maintenance. They would be simple and efficient mechanically. One of the most interesting aspects of the Gotoo is that the interior can be customized digitally simply by identifying the user. For instance, if you prefer shades of blue, each time you hop on a public Gotoo, it would adapt its interior colour to your liking. It could also alter its scent, the opacity of its windows and the type of music it plays by default when you enter.

In the near future you will be able to project information and logos through complex polycarbonate shapes that can be read from any angle. This type of technology will be used on the commercial versions of the Gotoo so that the exterior look of each unit will change based on the product that the Gotoo is transporting. (One delivery truck for many brands.) 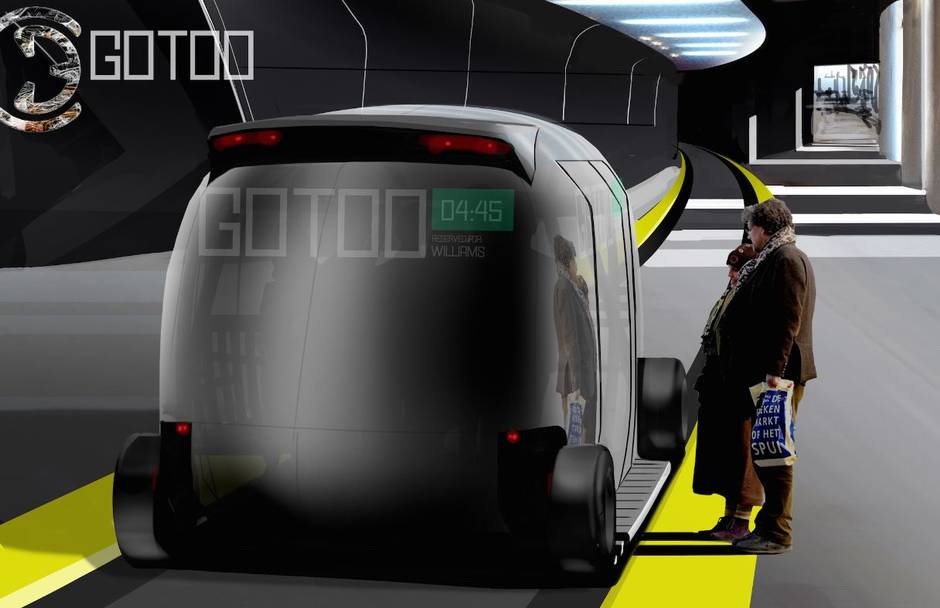 The idea is to eliminate cars inside major cities and to come up with a viable alternative. We want to reduce the number of vehicles on our streets, so we need to find ways to share and finance new types of personal and commercial vehicles. By moving in this direction, cities will reduce congestion and eliminate pollution while still offering privacy and customization.

I would like to thank Brian Ross Miller, who created the images of the Gotoo. Miller is a freelance product designer based in Denver, Colorado. He also created the renderings of the TrailTrike enduro trike concept and the Fireliner firefighting tractor-loader.