Once upon a time SUVs were niche products for people who actually did drive off-road. Pickups were mostly two-door tools of the trade for builders and farmers, and the minivan had only just become A Thing. The dominant automotive life form was the traditional four-door sedan.

And then there's now. Today's cars are light-years better than those of the mid-1980s, but their makers struggle to sell them in a market gone mad for light trucks. In 2015, the passenger-car share of the market hit a record low of 37.7 per cent, down from 41.3 per cent just a year earlier (and sinking to just 30 per cent in January 2016). Compact CUVs powered past compact cars to become the largest single vehicle category.

Sport and luxury did extend their share of an overall market that grew 2.5 per cent, but sales of mainstream compact-and-larger cars shrank 6 per cent. Is this the end of the road for the traditional mainstream four-door sedan?

In a recent interview, FCA head of design Ralph Gilles told Globe Drive the rise of the light truck was "permanent." That's echoed by Mark LaNeve, Ford vice-president of sales, marketing and service: "Low fuel prices have helped the shift, but it is much more permanent," he told Detroit industry magazine Automotive News.

But cars won't continue to lose ground at the same rate as they have been doing. For one thing, analysts see rising sales of luxury sedans. "Customers are willing to pay for them and, in fact, pay a premium," says Chris Travell, a director with consulting firm Bond Brand Loyalty. "As boomers retire … they have the disposable income to pay for a luxury sedan."

As for mainstream cars, data shared by Subaru Canada predicts that combined sales of compact, intermediate and large cars will decline from about 25 per cent of the market in 2015 to about 21 per cent in 2020 (subcompacts will hold steady about around 5 per cent).

But Subaru's own experience suggests a way sedans might stage a comeback. Although a lot of people see Subaru as a wagon and CUV company, says PR manager Julie Lychak, sales of its AWD passenger cars are flourishing. The mid-size Legacy sedan and the compact Impreza (excluding the high-performance WRX/STI models) each grew their sales 11 per cent last year. About two-thirds of Impreza sales are the five-door hatchback version, but the sedans alone grew 12 per cent.

Although AWD is the single most important reason-to-buy among purchasers of both Subaru sedans and CUV buyers, it is much more compelling among Subaru sedan buyers: for example, 88 per cent among buyers of Impreza sedans versus 33 per cent for all buyers of CUVs.

Even more intriguing: utility isn't even in the Top 10 reasons to buy for either Impreza sedan or for CUVs in general, and – likewise contradicting the CUV marketing stereotype – Subaru sedan buyers are more likely than CUV buyers to be involved in outdoor activities such as biking, hiking, and canoeing/kayaking.

Of course, Subaru wants its sedans to poach sales from other auto makers' sedans or CUVs, not from its own. CUVs are more profitable for the industry to build and sell, commanding higher prices than the passenger cars that typically share much of their engineering.

Gilles argues that the higher margins on CUVs will make it more viable to add fuel-saving technologies to meet future tougher fuel-economy standards. Adding the same technologies to a lighter, more aerodynamic passenger car would enable better fuel economy still, but "there's a finite amount of money the consumer is willing to pay for a sedan," he says.

FCA has even announced it will stop building compact and mid-size sedans to free up production capacity for more Jeeps and Rams. Still, all other things being equal, a car consumes less fuel than a crossover. Subaru's Crosstrek, basically a jacked-up, knobby-tired version of the Impreza five-door, has combined fuel-consumption 7 per cent higher than its car sibling. The differences grow when comparing an AWD crossover with an FWD car. The Honda CR-V compact CUV is 25 per cent thirstier than the Honda Civic (a compact sedan with a smaller engine) and 13 per cent thirstier than the larger Honda Accord (which has the same engine).

Subaru says handling ranks among the top five reasons to buy for its sedans, while handling doesn't even make the top 10 among CUV buyers. However, buyers who value agile handling, and the active-lifestyle types, are likely outweighed by another emerging demographic.

"Canada is getting older, so personal mobility will become more of an issue," Travell says. Easy ingress and egress, plus space for walkers and canes, will become more important. Higher seats will become desirable, as well as heated steering wheels, and roomy back seats with wide-opening doors for aging parents.

"These features are not exclusive to CUVs," Travell says. "Sedans can check many of the boxes when it comes to these features, and buyers may be forgetting these benefits."

Besides, nothing stays the same forever. "The nature of the auto industry is that it's cyclical," Travell says. "We may not see the swing back to sedans [in] the numbers we once saw, but to say they'll die, I don't think is accurate." 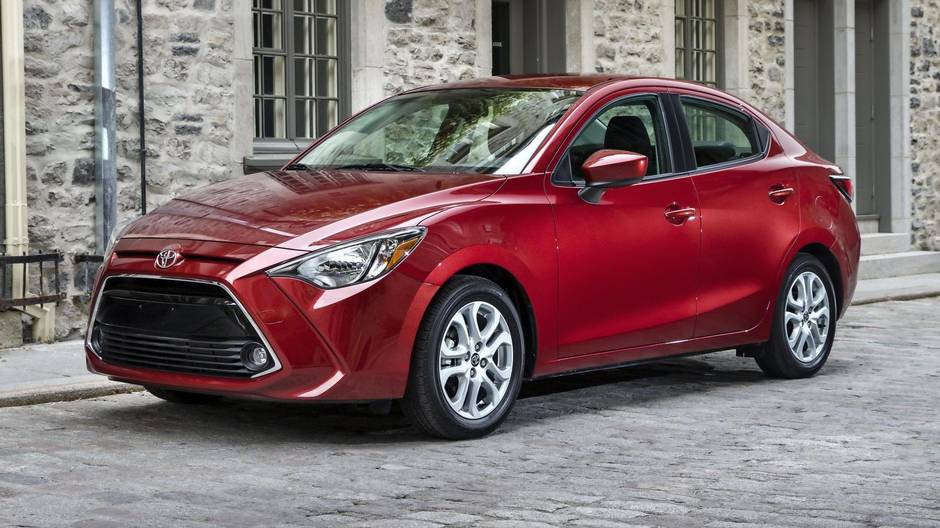 Subcompacts are usually synonymous with hatchbacks, but there are several sedans in the category. The latest is the new-for-2016 Yaris. The sedan is built in Mexico by Mazda, based on the Mazda2, and bears no relation to its older hatchback sibling. The high-for-a-subcompact base price reflects high standard content: even the base model includes air conditioning, cruise, keyless entry, push-button start and available six-speed automatic. A 1.5-litre engine and six-speed manual are standard. 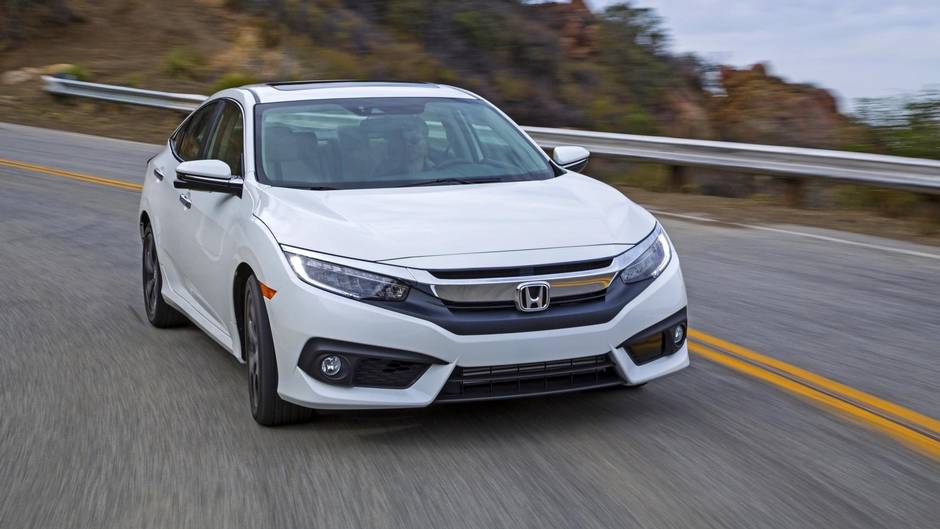 Honda reached for the stars with Civic’s 2016 redesign, and was rewarded with both the North American and Canadian Car of the Year awards. Even the first-to-launch sedan has dramatic four-door-coupe styling. For chassis dynamics, Honda benchmarked premium European cars, and the uplevel 1.5-litre turbo engine feels stronger than its claimed 173 horsepower. You almost wonder if the Civic may be too sporty and dramatic for some tastes. 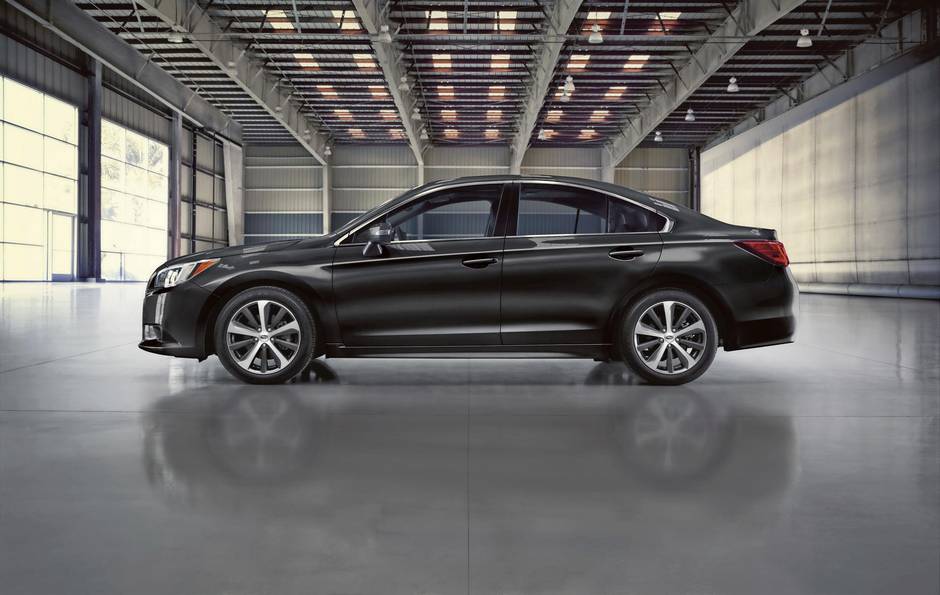 While overall intermediate sedan sales dwindled 7 per cent last year, the Legacy surged 11 per cent. Being named AJAC’s 2015 Canadian Car of the Year helped, but so did standard all-wheel drive. Buyers who want AWD but don’t want a truck may also appreciate the available manual transmission, a rarity in the segment, and exclusive to Subaru when combined with AWD. Engine choices are a 2.5-litre boxer four or a 3.6-litre boxer six. 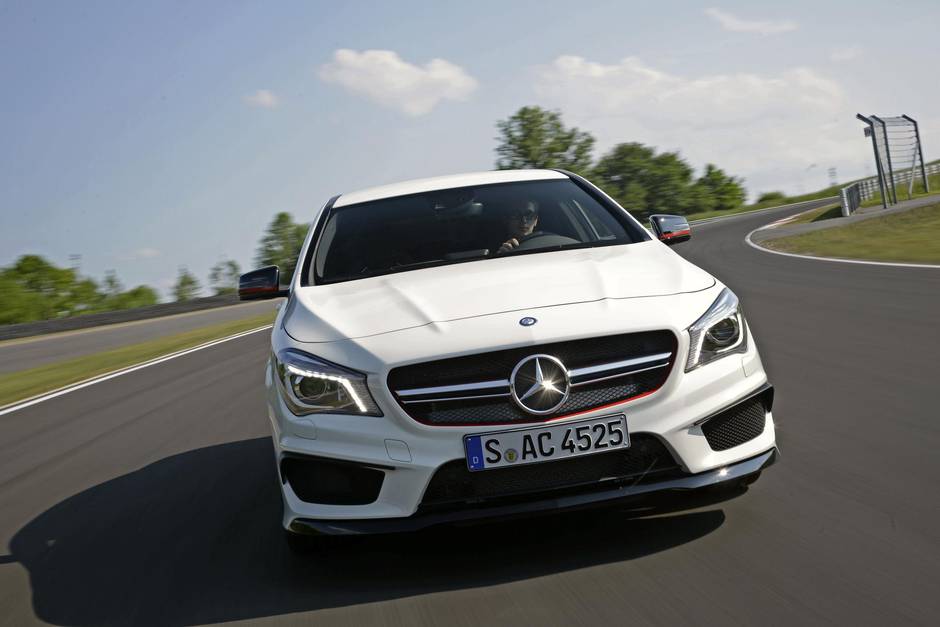 Mercedes officially calls the CLA a coupe, but we call this sleek compact four-door one of the most affordable European luxury sedans for about the price of a loaded mainstream mid-sizer. The CLA’s starting price gets you a 2.0-litre, 208-hp turbo four-cylinder driving the front wheels through a seven-speed dual-clutch automatic. An additional $2,200 gets you the AWD version, or jump to $51,800 for the rabidly rapid 375-hp AMG version. 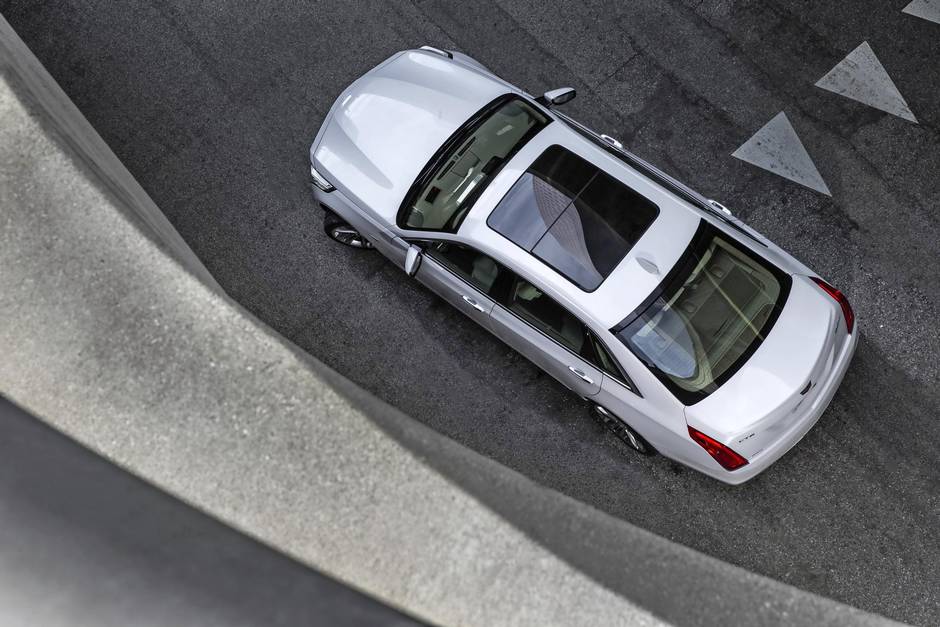 Cadillac’s newest and biggest sedan is shaking up the prestige-sedan market. It’s big enough and roomy enough to challenge the Europeans’ full-size aristocrats, but thanks to the engineers’ obsessive “adding lightness,” its agility and fuel economy meet or beat rival mid-sizers – all at prices closer to the mid-size end. It’s so light that a 2.0-litre four-cylinder turbo engine is sufficient for the RWD base model. AWD is standard with the alternative 3.6-litre naturally-aspirated or 3.0-litre twin-turbo V-6.