If the brand director in charge of Genesis in Canada is feeling any pressure, he's hiding it well. In other words, don't get involved in a game of poker with Michael Ricciuto, unless you plan to leave without your wallet. Okay, this takes the metaphor a step too far. He has no interest in deceiving luxury car buyers; in fact, when Genesis officially launches this week, transparency will be one of the brand's key attributes.

First things first: Genesis is the luxury offshoot of Hyundai, the South Korean car maker that has matured in leaps and bounds since entering the Canadian market in 1984. Its initial foray was the woeful-yet-surprisingly-popular Pony, a shambolic compact car that was, at the time, one of the cheapest things on four wheels.

Ricciuto may well hate the fact that Hyundai has just been mentioned here, let alone the Pony. Reason being, it's his job to make luxury car buyers think of Genesis as a brand apart; a separate entity with links to its corporate parent that are even less defined than, say, Acura's are to Honda. While he may be fighting a losing theoretical battle on that front, he is championing a different approach.

"Our learning experience from introducing the [Hyundai] Equus was that you can't sell luxury products in a mainstream dealer," he says. "Luxury customers are more interested in features, not payments. Brand is also important. And our research shows that 85 per cent of luxury car sales in Canada are in 14 key markets."

All of these factors led Ricciuto and his team to dispense with the traditional dealer model in favour of something more innovative. At launch, there will be no Genesis dealers. Instead, sales will be conducted through the Genesis Canada website and facilitated by "Genesis at Home," a concierge service that sees a GXM (Genesis eXperience Manager) bring the cars to the customers.

The approach also incorporates what the brand refers to as "the industry's first all-inclusive transparent pricing" for the two models set to be released, the G90 executive-class sedan and the G80 mid-size sedan. "We think the all-inclusive price is going to be a key selling experience," he says. "With some of our competitors, by the time the customer gets the content he really wants, well … With our pricing, we've included everything – destination, delivery and maintenance fees."

He believes that this approach simplifies the purchase experience for the customer. And it allows the dealer to focus on the customer experience rather than the transaction. "We're going to eliminate the old approach of trying to upsell customers with things like rust-proofing and VIN etching," Ricciuto says. "We'll have an online menu of available options like extended warranties. But our cars come very well-equipped; for example, every Genesis will come with SiriusXM for five years, including free data and map updates."

"The approach they're taking seems interesting and innovative," says David Soberman, Canadian National Chair in Strategic Marketing at the Rotman School of Management, University of Toronto. "I think its success will hinge on how customers respond to the concierge service. But if you think of a time-constricted luxury car buyer, visiting a dealer and waiting around to test-drive a car, they might be on to something."

There will be Genesis pop-up shops, specifically in shopping malls in Toronto, Montreal and Quebec City, to start. Then, in 2017, the first of 18 dedicated Genesis dealers will open in Canada. But for the first four months after launch, Ricciuto says, there will be no bricks-and-mortar presence for the brand. And he admits it's a gamble: "We've got to see how this at-home service works. We're appealing to a very small subset of luxury buyers."

The question is: Should the existing players in the luxury car segment be concerned about this newcomer? The quick answer: Yes, probably.

The GXMs aren't going to be knocking on the doors of current Hyundai owners – or even of Equus owners, for that matter. "Our goal is to really conquest other executive-class customers," says Ricciuto, "And to attract some customers looking to move up from, say, Acura and Infiniti."

"The challenge for Hyundai is that they will be attracting customers to the brand who have never been there before," industry analyst Chris Travell, of Bond Brand Loyalty, told Globe Drive this past summer. "They come armed with expectations from other luxury makes and if the brand doesn't deliver, Genesis will quickly be dropped from the consideration list."

In the game of poker that is the luxury car segment, Ricciuto hasn't shown his hand yet – but he's all-in. The Genesis G90 and G80 have landed in Canada. By 2020, a further four Genesis models will be in those 18 dealerships. The engineering of these models is under the direction of the former head of BMW's M division. And the design is being led by Luc Donckerwolke, who was formerly at the helm of Bentley and, before that, Lamborghini. 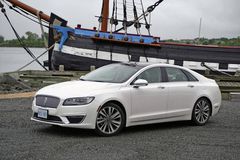 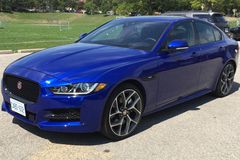