Canadian Tire will end its decade-long partnership with the NASCAR Canadian Tire Series (NCTS) at the end of 2015, a move that may leave stock cars on shaky ground in this country.

"For over eight years, Canadian Tire and NASCAR have shared a successful partnership that has helped grow the sport of auto racing in Canada," the company said in a written statement.

"We've shared with NASCAR our decision to end the partnership at the end of the 2015 season. We are proud to have brought The NASCAR Canadian Tire Series to racing enthusiasts across the country. We will continue to be a sponsor of the Canadian Tire Motorsport Park and support Canadian drivers and racing where it makes sense in the future."

The exit also includes ending sponsorship of three-time NCTS champion Scott Steckly. The move comes 10 years into NASCAR's ownership of the series, which was supposed to breathe new life into the old CASCAR Series. In reality, it's almost impossible to see any difference, and it's tough to blame Canadian Tire for jumping ship because it's doubtful the retailer gets much value for its sponsorship money.

With almost non-existent live television exposure, its visibility is almost zero. That, in turn, makes it difficult for young talent to get backing and move to bigger and better things, which is supposed to be a regional series' raison d'être. It's also no surprise that young star J.R. Fitzpatrick announced this month that he'd rather go back to late model racing than spend $1-million in NCTS.

The retailer's decision may now open the door to spend money elsewhere. For example, IndyCar driver James Hinchcliffe is probably the most popular Canadian racer and a marketer's dream and Canadian Tire may want to look at riding his rising star.

Although IndyCar isn't breaking any audience records lately, its races are on live TV, its audience is bigger than NCTS and growing, and it has the added lure of the Indianapolis 500.

If anyone had doubts that the boys won't "have at it" this year in NASCAR's Sprint Cup, the end of Saturday night's 75-lap exhibition Sprint Unlimited at the Daytona International Speedway should put them to rest. After Joey Logano's late race push put fellow driver Kevin Harvick into the wall, the pair took things into their own hands and banged fenders a couple of times going into the pitlane following the chequered flag.

While their post race confrontation in the pitlane stayed relatively calm, don't be surprised if the pair end up battling again.

"It was really dumb driving there at the end," Harvick said. "You've got to be aggressive but you still have to use your head. You can't just detach it and lay it on the floorboard."

Fans wanting VIP access to the Formula One Canadian Grand Prix will have to shell out a pretty penny for the privilege. Three-day passes to the tony Paddock Club above the pitlane garages at Montreal's Circuit Gilles Villeneuve may be purchased from Abu Dhabi-based KHP Consulting for US$4,800 plus tax, which also includes a complementary Friday pass so you can bring a friend. Three-day pass holders can also attend an exclusive dinner on the Friday night, which takes place in the F1 paddock between the team buildings and garages. It costs US$850 per person.

Talk of 1,000-horsepower engines continue in F1, with the sport's strategy group agreeing earlier this month to look into ways of increasing the amount of fuel in the car and the flow rates to pump up the motors. The estimated 25 per cent increase in horsepower may also go a long way to silencing those who dislike the quieter exhaust note from the new 1.6-litre turbocharged engines introduced in 2014.

"To make it louder, you've got to pump more fuel through the engine and you have to have more revs and a bigger engine — a World Superbike or a MotoGP bike is very noisy with a small engine, but they are pumping a hell of a lot more fuel through it than we are," said McLaren driver Jenson Button.

"The funny thing is there are some positives of being quieter: you can hear the tires squeal when we lock up and you can have a conversation while you are watching a grand prix. You can take your kids now and they don't have to wear headphones and they can experience it a little more. It's a tricky one."

— NASCAR star Jeff Gordon recalling running at the front with Dale Earnhardt Sr. and Dale Jarrett before finishing fifth in his rookie Daytona 500

In a demonstration of how tight money can be in F1, it seems that neither of Force India's race drivers Nico Hülkenberg and Sergio Pérez will drive in the F1 this week in Barcelona. After missing the opening test earlier this month because the car wasn't ready — apparently due to slowdowns caused by cash flow, Force India will leave its pairing at home in favour of giving seat time to Mercedes reserve driver Pascal Wehrlein, who races in the Deutsche Tourenwagen Masters series. The move is thought to be part of the team's "payment" for its supply of Mercedes engines. With the VJM008 still now ready for track action, Force India's race drivers will now have to wait until the final pre-season test at the end of the month to get a chance to try out their new 2015 car. 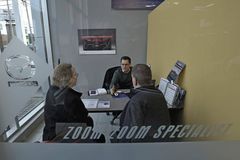 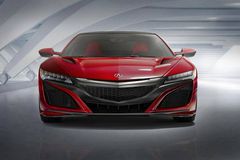 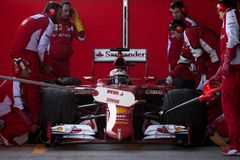 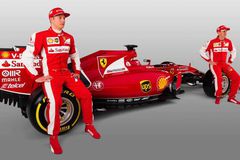