With the third NASCAR Camping World Truck race in the books, Canadian Tire Motorsport Park (CTMP) is one step closer to moving up to U.S. stock car's second tier, the Xfinity Series.

Canada has been without an Xfinity race since the NAPA 200 ended its six-year run at Montreal's Circuit Gilles Villeneuve in 2012 and Ron Fellow, co-owner of the Bowmanville, Ont. track, would like to change that.

"They know we want one," saidFellows. "It's no secret that the next step for us is to include the Xfinity Series as part of our NASCAR racing at CTMP."

Bringing Xfinity would add to the long history of racing at the 10-turn, 3.96-kilometre road course which has hosted American Le Mans, Canadian-American Challenge Cup (commonly known as Can-Am), Formula One and IndyCar as well as just about every sports car series that matters.

Judging from the three truck races, CTMP has already proven to be a solid venue for a NASCAR top tier series. Canadian racer Alex Tagliani, who finished fifth in Sunday's NASCAR truck series Chevrolet Silverado 250 at CTMP feels the challenging track would be a great addition to the Xfinity schedule.

"It would be fun," he said. "I would be for having Xfinity here — every time we have one of these races in Canada I can jump in one of those cars."

NASCAR's Miami headquarters has sent several officials to the Ontario truck race, but it's not just a question of whether or not the venue can deliver a top notch product. Instead, things hinge on finding a slot in the Xfinity schedule available for CTMP to get a race and, unfortunately, finding a date looks unlikely for 2016.

"The chances are slim for now," Fellows said. "There needs to be a hole in the Xfinity Series or an opportunity for a date to move."

Despite six consecutive victories and taking the chequered flag in all but one race he entered in the Ultra 94 Porsche GT3 Cup Challenge Canada by Michelin, Scott Hargrove still couldn't manage to repeat as champion. After missing the first two races, the B.C. driver added two more victories in the season finale at Canadian Tire Motorsport Park on the weekend to give him seven wins and a second place finish in eight starts, but it was only good enough for third overall in points behind champion Chris Green and runner-up Daniel Morad.

While IndyCar has been posting better television numbers on NBC Sport Network this year, it still has a long way to go. Although somewhere around 600,000 viewers regularly tune in, its audience pales in comparison to other smaller series. For example, the Deutsche Tourenwagen Masters Series averaged 2.2 million viewers on German television over its first five race weekends of 2015, an increase of almost 20 per cent over 2014. The U.S. population is about 318 million, while Germany's is 80 million.

Closed cockpits are once again being discussed after IndyCar's Justin Wilson became the second driver to die this year due to a head injury. Wilson died last Monday after being hit by debris in a race in Pocono, while Formula One driver Jules Bianchi died in July, nine months after hitting a recovery vehicle in last October's Japanese Grand Prix. Open cockpits were discussed at length - but not implemented - following the death of two-time Indianapolis 500 winner Dan Wheldon in the 2011 IndyCar season finale. While it's unclear whether these three deaths could have been prevented, open cockpit series might want to examine the Unlimited Hydroplane boat experience which introduced a canopy in 1986 and has had only one death since.

"I'll probably be worse as a team owner because it's the boys now — I'll probably put on some of that soccer mom syndrome or something like that. I have been accused of that before and you try to control it, but you always want the best for your kids."

— NASCAR Canadian Tire Series driver/owner Jeff Lapcevich, who announced that he would hang up his helmet after Sunday's Pinty's presents the Clarington 200 at Canadian Tire Motorsport Park to concentrate on his two sons' budding racing careers.

On top of the four Canadians and three-time world champion Jackie Stewart going into the Canadian Motorsport Hall of Fame, the Oct. 17 induction ceremony in Toronto will feature special guest Elvis Stojko, who will be on stage and mingle with the crowd after the inductions. The two-time Olympic Silver Medallist and three-time Figure Skating World Champion has been trying to avoid spins lately, while karting in the Rotax DD2 Masters Class. Stojko placed third in the Canadian National Championships racing with the Maranello factory team and plans to make his sportscar debut in 2016.

Driving a track with veteran racer Ron Fellows as the passenger
September 1, 2015 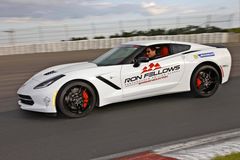 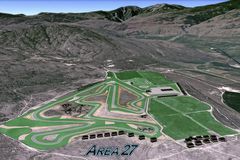 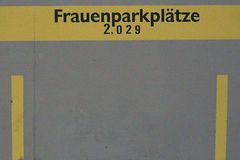