Ontario's efforts to reform the insurance sector and clamp down on fraud in the Toronto area have not slowed the problem of staged car accidents, the province's insurers have told the government.

Representatives of the insurance industry told government officials in a closed-door meeting that they have discovered a new ring of alleged staged car accidents in Toronto that is costing them huge amounts of money and driving up rates for honest consumers. The most recent occurred two weeks ago.

The staged accidents are designed to bilk the insurance system through claims for rehabilitation treatments and damaged cars, and they are occurring in spite of provincial insurance reforms that kicked in Sept. 1 to address such problems by removing some of the financial incentives for fraudsters. The Insurance Bureau of Canada told the government that it has opened investigations on at least 10 suspected staged accidents in the past two months.

In the meantime, the Insurance Bureau of Canada, an industry association, is urging drivers to report suspicious accidents.

"One of the perfect scenarios is a left turn situation," said Rick Dubin, vice-president of investigative services at the Insurance Bureau of Canada. "Don't necessarily trust another individual waving you on."

Investigators aren't sure if the volume of incidents is rising, or if awareness of the issue is leading more people to report suspicious cases.

One Toronto driver told The Globe and Mail he thought something was amiss two weeks ago when a car darted in front of him, forcing him to brake quickly as he made a left turn. But when he looked over his shoulder, he was stunned to see another vehicle slamming into his passenger side.

The crash may have looked like an accident, but it is now among the suspected staged collisions in the past two months that are being investigated.

"I remember looking to my side and the second car was accelerating into me and I'm thinking: this guy is trying to hit me," said the man, who did not want his name or car identified for fear of reprisals by the alleged fraudsters. "I was like a deer in the headlights."

Insurance fraud is an old problem, but investigators say they are seeing more orchestrated crashes that involve unsuspecting drivers in a bid to make them look legitimate. In past fraud rings, both drivers were usually in on the scam, often resulting in hundreds of thousands of dollars in fraudulent claims.

But the implications are bigger than the 10 or so crashes in the past two months that are now under investigation, since insurance reforms have not reduced the numbers.

The province says those reforms, which cut the basic amount of medical and rehabilitation coverage that drivers must have to $50,000 from $100,000, were largely aimed at dealing with auto insurance claims that were submitted that were deemed frivolous, including such things as nutritional and orthopedic assessments.

"We are cutting down on over-utilization in the assessments system," said Mr. Chornenky. "This helps ensure that premium dollars are actually focused on treatment."

However, the issue has upset some medical practitioners. Doctors and other health care workers say insurance fraud is being used as an excuse to slash benefits.

Ontario's reforms leave people who are hurt in legitimate accidents with less coverage, said Sheila MacDonald, a speech-language pathologist who treats people who suffer brain injuries in car accidents. Medical bills can add up fast from the long-term treatment necessary in such cases, and the reforms mean some bills are not covered any more, she said.

"Basically, the medical rehab benefits have been cut in half [for non-catastrophic injuries] $50,0000 doesn't go very far when a person has a minor brain injury," Ms. MacDonald said.

Much of the profits that fraudsters make from staged accidents come from medical benefit insurance claims from passengers who sit in on the collision.

The Toronto man whose recent accident is being investigated said he is now more leery of other drivers. Although he wasn't injured, the other driver and passenger immediately complained of neck and back pain.

After the accident, his father took pictures of the scene. A photo of the car's interior is proving integral in the investigation. The accident report filed by the other drivers said the crash was serious enough to deploy the airbags, but the photo shows that they did not inflate.

Staged accidents occur across Canada, but investigators say most are in Southern Ontario. A recent probe, dubbed Project 92, identified a ring of more than 40 staged car accidents. The accused are alleged to have bought salvaged cars and refurbished them to file phony replacement values that inflated the insurance claims. They are also alleged to have claimed medical expenses for treatment that was never administered. Insurance investigators say some clinics are believed to be involved in such scams. 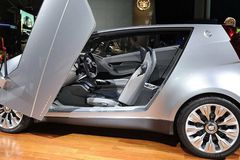 This winter, buy the right windshield wipers for your car
November 29, 2010 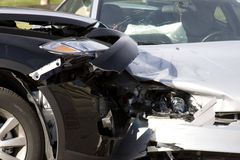 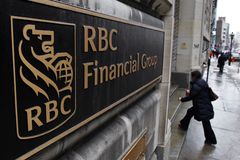 RCMP to investigate questionable ICBC car sales
April 18, 2008
Follow Tara Perkins,  on Twitter @taraperkins
Report an error Editorial code of conduct
Due to technical reasons, we have temporarily removed commenting from our articles. We hope to have this fixed soon. Thank you for your patience. If you are looking to give feedback on our new site, please send it along to feedback@globeandmail.com. If you want to write a letter to the editor, please forward to letters@globeandmail.com.
Comments