How the best are evaluated: Choosing the car of the year no easy feat

The cars below are contenders in the Automotive Journalists Association of Canada's testing for Canadian Car of the Year. The SUV/CUVs under $35,000 are listed first, followed by the $35,000-$60,000 models, and then the Over $60,000 rigs. The three pickup truck contenders are last.

As well as having the liveliest performance in this group, the Forester also has arguably the most capable 4WD system. It may be an economy SUV, but the Forester is also very good off-road. With its asymmetrical four-wheel-drive system, light weight and a comparatively high centre of gravity, it will surprise you at how much gnarly terrain it can handle. Yes, it requires premium fuel and doesn't offer the thriftiest fuel economy in this group, but it's the best of the bunch, nevertheless.

A robust 3.2-litre V-6 engine and a brand-new nine-speed automatic transmission give the Cherokee the best performance in this group, and its Selec-Trac 4WD system with four separate driving modes will probably get you through thick and thin. Comfy front seats and decent storage, too. But this newest Jeep just doesn't feel as well screwed together as the Forester and has inferior fuel economy. Bonus points for the Cold Weather Group"options package, which includes a heated steering wheel.

Always a strong finisher, the RAV4 has driver-friendly ergonomics and switchgear and is as easy to get along with as ever. Not as peppy or capable off-road as the Forester or Cherokee, it is thriftier on the highway, bigger inside, and gets along quite nicely on regular gas. Also a little more expensive in this trim level than the Forester, but much more affordable without all the bells and whistles. Didn't take top spot with me because it has inferior NVH (noise, vibration, harshness).

What saved this one from the basement was its V6 engine, which gives the Outlander a nice extra dimension of performance. But this is not the most refined V-6 on the market and is actually kind of loud and clattery. Also, the recently restyled body is about as insipid as you can get. All in all, the Outlander, which was redone for the 2014 model year, has been a bit of a letdown. Adequate but uninspiring.

What a disappointment this one turned out to be. It has the highest price tag, mediocre fuel economy and worst than mediocre performance. The turbocharged 1.4-litre four-cylinder engine feels like a hamster running in a wheel, and off-road it can hardly get out of its own way. Yes, it will take you to the cottage, but when you get there, you may want to take the bus home again. Back to the drawing board, GM.

This one kind of surprised me. At first blush, I didn't think I liked it that much, but numbers don't lie. It offered the best ride, the smoothest drivetrain, and the lowest NVH (noise, vibration, harshness) levels. This is a comfortable ride with a refined V-6 engine, automatic all-wheel-drive, a healthy 2,359-kilogram towing capability and limousine-quality comfort level. Where it falls a bit short is in its off-road abilities and pricing – it's too expensive in this trim level.

If this one was cheaper, it'd take this category, hands down. But the GLK 250 is considerably smaller than the Denali, and its new 2.5-litre turbo-diesel, thrifty though it may be, is no powerhouse. For everyday use, it's more than enough, but with a 1,588-kilogram towing capacity, it can't haul much. But, and this is significant, it has excellent fuel economy – some 5.9 litres/100 km on the highway, and it can go a long way on a single tank of fuel.

Typically, the Santa Fe offers one of the highest standard equipment levels in this corner of the market. Its 290-horsepower V-6 engine is also one of the most powerful and gives it a 2,268-kilogram towing capacity. It felt somehow louder and less refined than the Denali, but also had a price tag almost $17,000 lower. Normally, that would have cinched the deal, but at TestFest, price factor is subjective and a vehicle's merits usually outweigh its affordability.

The Sorento has almost the same points score as the Santa Fe. No surprise there, since they share many components, including 3.3-litre V-6 engine, six-speed automatic transmission, full-time AWD and standard features such as hill start assist, traction control and vehicle stability management. Strangely though, the Sorento's towing capacity – 1,587 kilograms – is considerably less than that of the Santa Fe. Maybe that's why it costs $7,500 less.

If your cottage is out in the boondocks or you really do like to get into the wild and woolly, this is the rig for you. With a proven 4WD system with four settings, and things like hill descent control, hill start assist and trailer anti-sway control, the Grand Cherokee should be able to get it done. It's also got a healthy 2,812-kilogram towing capacity. Problem: it's too pricey, and around town, at 12.4 litres/100 km, it sucks up the gas.

One of the more "affordable" models in this group, the Cayenne won me over with its engine. This rendition of Porsche's turbo-diesel is good for 240 horsepower and a healthy 406 lb-ft of torque. It is a beast in a tuxedo, with tremendous pulling power. It also felt livelier than the other turbo-diesel – the GL350 - and less cramped inside. More importantly, it was some 10 grand less with close to the same horsepower output and towing capacity.

The most expensive model in this category; that's why, despite its identical score to the Cayenne, it took second place. But if you want to add performance and handling to the equation, it's definitely the pick of the litter. Among other things, it has a 445-horsepower V-8 engine and a limited slip differential, which the GL350 lacks. It makes a difference. And surprise: I actually managed to get along with BMW's switchgear and machine-driver interface.

Despite its total score, the GL350 actually placed closer to the top of my list than it would appear. Towing capacity is 3,402 kilograms and interior accoutrements are second to none. Civilized, upscale, powerful and accommodating, with very competitive fuel economy, and a full roster of comfort and convenience features. Love this iteration of Mercedes' turbo-diesel engine as well, but no limited-slip differential, and something with this kind of price tag should have one, without question.

This one scored high for me in the "subjective value" category, and its identical score to that of the GL350 is just a coincidence. Like the X5, it requires premium fuel but lacks the snap of its German rival. But that doesn't mean it's a slouch in the performance department – towing capacity is 3,500 kilograms. But the Range Rover Sport will go through a tank of fuel lickety-split, quaffing 12.6 litres/100 km in town.

The MDX had the lowest price tag, but with some 290 horsepower on tap, that's just not enough grunt to keep up, and the MDX lags behind just about every other vehicle in this group. Towing capacity is a paltry 1,588 kilograms. That said, standard equipment level is extensive, as is the level of refinement. The MDX is a gamer, but Acura should have fielded one with fewer options, which would have put it in a more appropriate category.

Like the MDX, the Enclave is in over its head here. It lags behind in performance, handling, braking, and just about everything else. Pitting it against a Cayenne, for example, is a ridiculous mismatch and the only area it did well in was comfort level and peripheral visibility. But 288 horsepower and 270 lb-ft just doesn't cut it in this crowd. Towing capacity – 2,045 kilograms – exceeded that of the MDX, however, which is a good thing.

This one took top spot mainly because it had the lowest price tag of the three trucks in this year's contest. I liked the side running board for ease of access, and the 856-kilogram payload capacity was considerably higher than that of the Ram 1500. The 5.3-litre V-8 engine has less horsepower and torque than the Ram 1500, but standard equipment level was higher and the Sierra offered better fuel economy, though not by a huge amount.

The Silverado is basically identical to the Sierra, but this one came with a price tag some $4,000 higher, and it wasn't demonstrably better-equipped. That said, it did feature a bigger V8 engine – 5.3 litres versus 6.2, and, consequently more power and more towing capacity, though not by much. The other price you pay for a bigger engine, of course, is reduced fuel economy, especially in town. But 60 grand-plus large is an awful lot to pay for a truck.

A couple of things about the Ram bugged me. One, it didn't have side running boards; two, the traditional floor shift lever has been replaced by a dash-mounted knob. This makes slow-speed manoeuvring a pain. The 395-horsepower Hemi engine is a delight, but that shift knob has got to go. As well, it had a substantially smaller payload than the other two, so the Ram 1500 is essentially a toy as opposed to a workhorse.

Choosing the best cars of the year no easy feat
October 31, 2013 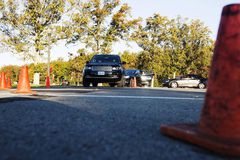 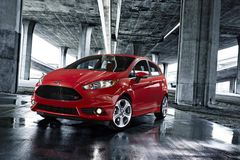 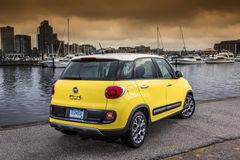 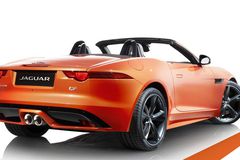