Some older car models - usually opulent and extravagant examples of engineering and hand-crafted styling - are termed "important" cars by automotive historians and, of course, owners who spend a lot restoring them.

And on one level that wouldn't be inaccurate. Frontenac was a one-year wonder "badge-engineered" from Ford's then-new Falcon with a scattering of Maple Leaf logos, to fill a gap in its Canadian Mercury dealers' lineup.

But this humble wagon, one of just 9,536 Frontenacs in various forms built in Ford's Oakville, Ont., plant, was a small victory at the time for a Windsor-born product planner who crusaded to give the company's products a little more Canadian identity.

The Ford Frontenac story begins with the Big Three (Ford, GM, Chrysler) deciding to take on the compact class in the late 1950s and introducing the Chevrolet Corvair, Plymouth Valiant and Ford Falcon for 1960. This was good news for Canadian Ford dealers, but left the other-side-of-the-house Mercury franchisees wondering what they'd get. Possibilities included a Mercury Falcon or perhaps Meteor Falcon.

Enter Ford of Canada's Jon Rideout, whose first project as a product planner was the version of Ford's new compact that would go to Mercury dealers. He was determined to see this brought to market as a distinctly Canadian model and his pushing and prodding resulted in a car that wouldn't carry Mercury or Meteor brands, but stand alone as the Frontenac.

The Frontenac name was borrowed from a late 17th-century governor of New France - and not for the first time. A Frontenac was also built by Dominion Motors (Durant) in Toronto from 1931 to 1933.

Mechanically and sheet-metal-wise, the Frontenac was all Falcon, a simple compact sedan measuring 4,602 mm in length (157 mm longer than a current Ford Focus) with the wagons 198 mm longer.

They were powered by 2.3-litre (144-cubic-inch) overhead valve inline-sixes rated at 90 hp (the current Focus's 2.0-litre makes 140 hp) with three-speed manual or two-speed automatic transmissions available. Two- and four-door sedans and wagons were offered starting at $2,360; wagons like Vandermey's listed for $2,688.

Transforming a Falcon into a Frontenac involved nothing more than bolting in a new, and rather classy, die-cast and chromed grille with circular centre section featuring a Maple Leaf badge and tied to oval side sections by chrome spears. That Maple Leaf badge was one of nine, the rest being found in the hub caps, side embellishments, steering wheel hub and tailgate handle.

In its only year on the market, the Frontenac became the second-best-selling compact in Canada, combining with the Falcon to account for 57 per cent of segment sales. But a prototype 1961 Frontenac, used for a cross-country promotional tour, turned out to be the last one built. The Frontenac was replaced for 1961 by a distinctly styled and 115-mm longer "senior compact" model known as the Mercury Comet.

Only a handful survive, according to Vandermey, who lives in Kamloops, B.C., and has been engaged in a quest to seek out fellow Frontenac fans for a quarter of a century while attempting to put together an owner's registry. He knows of about 30 - most in wrecking yards or on prairie farms - but only a dozen or so are in running condition.

Vandermey, now 46, was already interested in Ford's early 1960s "round-bodied" Falcons when he found his Frontenac two-door wagon, one of only 725 built, and purchased the one-owner car in the mid-1980s in rusty but roadworthy and restorable condition.

His first Falcon had been a Christmas present from an uncle when he was 15. "It was a real fixer-upper and a friend and I spent our weekends in wrecking yards looking for parts. I guess I was hooked from there on."

In fact, it led to a lifelong association with Fords from the Falcon family and a collection that now includes a 1963 Falcon convertible, a 1960 Falcon Ranchero, a 1960 Frontenac four-door sedan, the 1960 wagon and a 1960 four-door wagon. The latter, too rusty to restore, is being transformed into a unique utility trailer.

The other car projects - completing an education saw him turn "a knack for numbers" into qualification as a certified public accountant, marriage and two daughters - stretched out the Frontenac wagon's restoration.

"I've spent the last 25 years taking this thing apart and putting it back together. As funds became available I'd do something else, upholstery or re-chroming."

Much of the work he's done himself, relying on help from vintage car club friends for things he couldn't do.

The wagon - equipped with automatic transmission, roof rack and power rear window options - was completed a few weeks ago in time for what Vandermey had hoped would be a gathering of Frontenac enthusiasts he'd been promoting to celebrate its 50th anniversary, but which drew a disappointing response and has been postponed.

He's philosophical, however, about being one of a handful of people with an interest in a rare but far from exotic automobile. "They were just an economy car and as result most went by the wayside, beaters that rusted and were run into ground," he says.

"But for me it's been a chance to get grease under my fingernails and to preserve a small part of this country's automotive heritage."

If there are any more Frontenac fanatics out there you can get in touch with Vandermey at mr.frontenac@shaw.ca 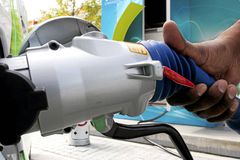 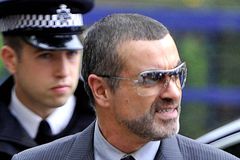 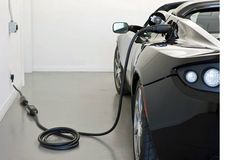