Overall Rating
9
Overall
Overall a car that will likely delight those who own one, with impressive hybrid technology and results. But is it worth all the complexity and added expense? You'll like this car if you want to be seen enjoying your luxury responsibly.
Looks Rating
8.5
Looks
The redesign emphasizes the M character with a muscularly rounded - reminiscent of the voluptuousness of 1950s sporting classics - but obviously modern look that's powerful but classy.
Interior Rating
8.5
Interior
Supportive front seats are separated by a high and wide console, big bright instruments are tucked under a double-bulged binnacle, centre stack controls (and a large info/nav screen) are easy to locate and use.
Ride Rating
8.5
Ride
The M is no lightweight at 1,873 kg, but it carries this mass well on a suspension that deals with bumps firmly but fluidly and electro-hydraulic steering that makes it feel almost agile.
Safety Rating
8.5
Safety
Multiple airbags, plenty of sheer mass, plus a structure designed to protect and a host of electronic warning and assistance systems
Green Rating
8
Green
Given its level of luxury and performance and the fuel economy it's capable of with a planet-sensitive driver's foot on the pedal, paint the M a (rather expensive) shade of green.

If you're looking for a luxury hybrid but want serious performance too, Formula One World Champion Sebastian Vettel recently "proved" on the Nurburgring's 21-kilometre, 71-turn Nordschleiffe circuit that Infiniti's new 2012 M35h hybrid could run a bit harder than its gasoline-fuelled counterpart, the M37, in the hands of teammate Mark Webber.

And there's a video to provide veracity. Of course, Vettel has been doing that all year in his Red Bull race car, but they did both look like they were trying pretty hard in this internecine contest.

And the M hybrid's total output of 360 hp does outmatch the 330 hp of the 3.7-litre-engined M37 allowing it to get to 100 km/h in 5.5 seconds versus 6.2 seconds, obviously compensating for its extra 100 kilos or so of weight. Not mentioned is that the M56 with its 420-hp V-8 will blow the doors off both of them. But then it's perhaps not a very responsible choice, is it?

The M hybrid, Infiniti's first venture into electro-mechanical propulsion, and which joined the redesigned-for-2011 M range earlier this year, also has you covered off if you want a luxury car that does its bit to save the planet through reduced greenhouse gas emissions while keeping a "few" extra dollars in your wallet.

At least according to the British Columbia Automobile Association's annual Hybrid Vehicle Cost and Savings Analysis, which reveals the M hybrid as one of just four of the 23 hybrids available in Canada that can actually beat their closest gasoline equivalents based on five-year purchase, finance and fuel costs.

That's based on 20,000 km of driving a year and gas at $1.35 a litre, which may not be completely real-world realistic but at least indicates the M hybrid does a better job than most at playing the gas/electric power game.

Natural Resources Canada rates the M hybrid at an impressive 7.5 litres/100 km city and 6.1 highway, and after a week involving 400 km of highway cruising and another hundred or so of semi-rural running with the test car, the onboard readout was showing and average of 7.8 litres/100 km.

At four-lane highway cruising speeds, the readout indicated 7.1 litres/100 km but schlepping across Toronto in the stop-and-go morning commuter rush hour – during which it ran on battery juice alone for some extended periods – saw the digits dip into the 6.7-6.8 litres/100 km range. Which would indicate its around-town efficiency should be equally impressive.

The fact it requires premium cuts down on the cost savings, but at least you can feel good about the reduced emissions.

Infiniti's M hybrid ticks the performance and responsible boxes, but while flat-out performance and playing with numbers analysis are all very well, day-to-day driving is what counts. The M hybrid lives up to its billing here, too, although with a couple of quirks.

The powertrain, which comprises a 3.5-litre V-6 rated at 302 hp and 258 lb-ft of torque, is augmented by a 50-kW electric motor and lithium battery that boosts total available power to 360 hp and also pumps up the torque. Clever twin-clutch technology that decouples the engine from the motor when running on electric power – which it can do at speeds up to 100 km/h or for 1.9 km – can be a bit disconcerting initially.

We're (somewhat) used to hybrid car engines stopping when the vehicle halts, but with the M hybrid when you lift off the gas, even at highway speeds, the tach needle drops to zero. You are barely aware of engine restart when you press the accelerator again, but restart from a stoplight is perhaps a little more noticeable than it should be.

Assistance from the motor while driving is more often revealed by the dashboard dial than physical sensation. Helping you maximize economy is a firm detent in the throttle pedal you have to push through to access more than modest acceleration. Some might find it annoying.

Otherwise, driving the M hybrid is a seamless exercise, the electronic genies performing their magic without making their presence known. Although that can't be said of the nagging, nattering electronic nannies that fuss at your slightest inattention.

Following the demise of the Q45 a few years ago, the M range now tops the Infiniti passenger car lineup and retains the brand's initial character when introduced two decades ago in looking and acting sporty, while delivering a very pleasant experience for driver and passengers inside.

In there you'll find all the equipment you'd expect in a $67,300 automobile as well as some neat little touches and adding a little sparkle silver dust polished into the Japanese ash wood trim, which results in an unusual and interesting visual effect. 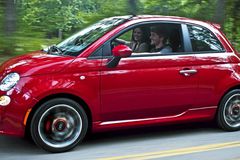 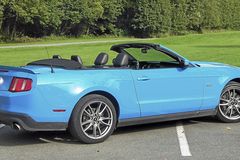 Car Review
Nissan's agile, entertaining head turner
November 8, 2011
Follow us on Twitter @globeandmail Opens in a new window
Report an error Editorial code of conduct
Due to technical reasons, we have temporarily removed commenting from our articles. We hope to have this fixed soon. Thank you for your patience. If you are looking to give feedback on our new site, please send it along to feedback@globeandmail.com. If you want to write a letter to the editor, please forward to letters@globeandmail.com.
Comments