A dark suit, not too tight. A leather briefcase without much adornment. A BMW 5 Series. These things are the uniform of the business class, a signal to the world that here is a professional who works in an office tower and goes to too many meetings and is itching to check a phone at all times of the day. This uniform is timeless, universal, not fashionable, but never out of fashion.

What to say about a new 5 Series really? Is it not just like that ubiquitous dark suit, finely made and fit for purpose? In Europe, the 5 Series is often leased as a company car. Owners don’t want anything too flashy, a BMW spokesman said. It sends the wrong signal. They want a car that says: I make good decisions; I have good taste; trust me with your investments.

Give it only a cursory glance and it risks looking dull. The car’s little joys, the flourishes and personal touches all come from the details, as in a good suit. You’ll only notice them if you look carefully. 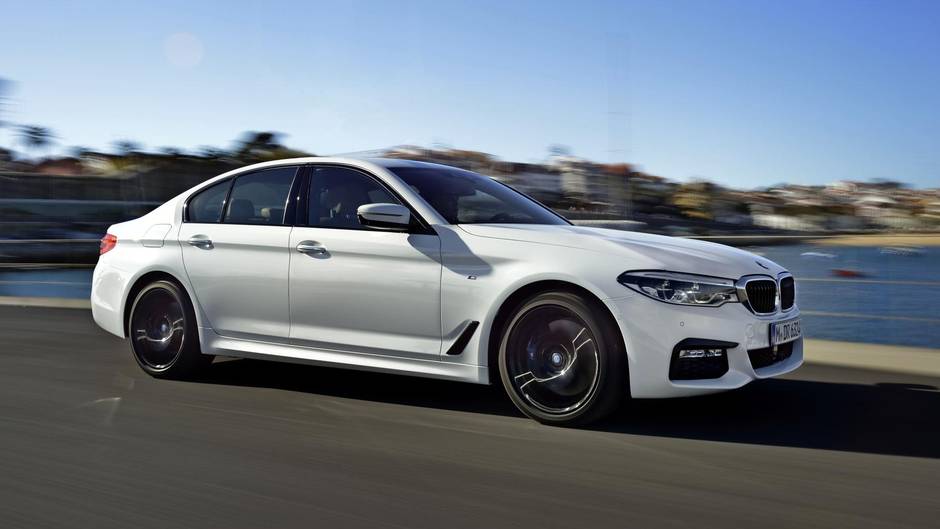 Approaching the 5 Series, you could be forgiven for not realizing it is an all-new model – the seventh-generation, in fact. It is BMW’s longest-running series, having first rolled into company car parks in 1972. “Introducing the car that blurs the distinction between racing machines and luxury sedans,” the ad copy said then, and BMW is still pushing a similar message. The company has sold 7.5 million 5 Series over the past 44 years.

Simon Sebastian, the car’s interior designer, said the proportions of the outgoing model were right. They didn’t want to mess with it. The brief, he said, was to make the car, “even more sporty, even more business.”

Look closely and you see there are more sharp creases in the sheet metal than before. The surfaces are busier. The lights are narrower. The kidney-shaped grille – which was also on the 1972 model – is bigger and has movable slats that open or close to optimize cooling and aerodynamics. The roofline sweeps back further over the trunk. The differences are subtle.

It’s been a long time since BMW used its “Ultimate Driving Machine” tagline. Those days are gone. The future is Convenient Mobility Machines, or something like that. The 5 Series has been losing its performance-and-handling edge in recent generations. The seventh-generation claws back some of that lost ground.

Our test-car was a fully-loaded 540i. Even on 19-inch wheels, the chassis is nearly unflappable. It’s more compliant than before, but more precise, too. It’s undisturbed by mid-corner humps and potholes, always staying balanced and neutral on the road. 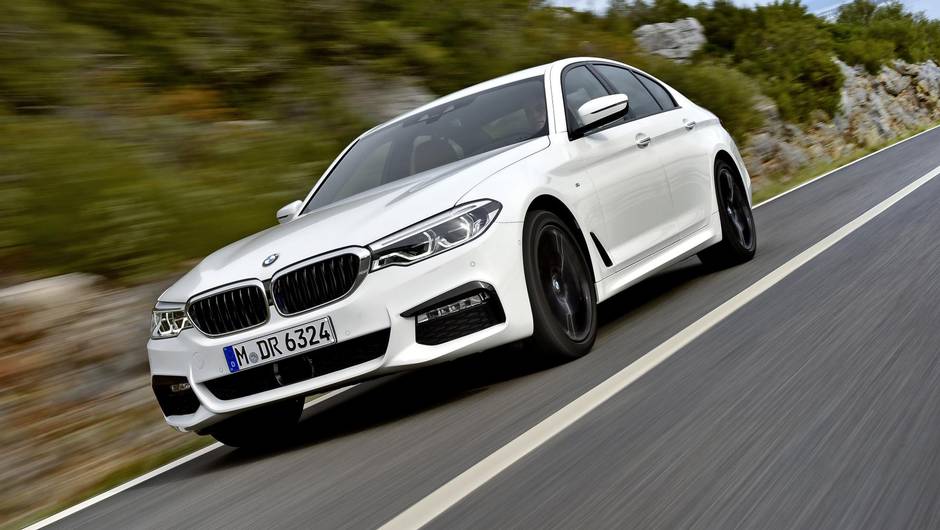 The 3.0-litre turbocharged straight-six engine will be the best thing about this car for the old-school BMW crowd. It delivers 340 horsepower – 35 more than before – as a wave of speed, smooth and unstoppable. It sounds artificial, but there’s abundant power throughout the rev range. Zero-100 km/h takes just 4.8 seconds, nearly a second less than before.

For all the subtle improvements in engine and handling, BMW was clearly more focused on comfort and technology.

BMW’s semi-autonomous driver-assist system, “Personal Co-Pilot,” is optional and works well. There are at least four ways to adjust stereo volume. There are up to seven different driving modes. The new interface – iDrive 6.0 – can pull e-mail from the Microsoft Exchange systems many companies use. It’ll even read it aloud. A BMW smartphone app links to your calendar and suggests routes to your appointments. All the features are overwhelming initially, but you could just ignore everything you don’t use often – like two of the four volume controls.

All-wheel drive “xDrive” will be standard in Canada when the new 5 Series arrives in spring of 2017. There will also be a four-cylinder 530i xDrive, followed later by a plug-in hybrid 530e and a 550i xDrive with V-8 engine. Don’t expect the 530d diesel in Canada. The competition, particularly from Mercedes, Volvo and Jaguar, is tougher than ever.

The 5 Series is a business suit, yes, but a nicely tailored one with gadgets stuffed into every pocket. For the time being, it will be the envy of the company lot. 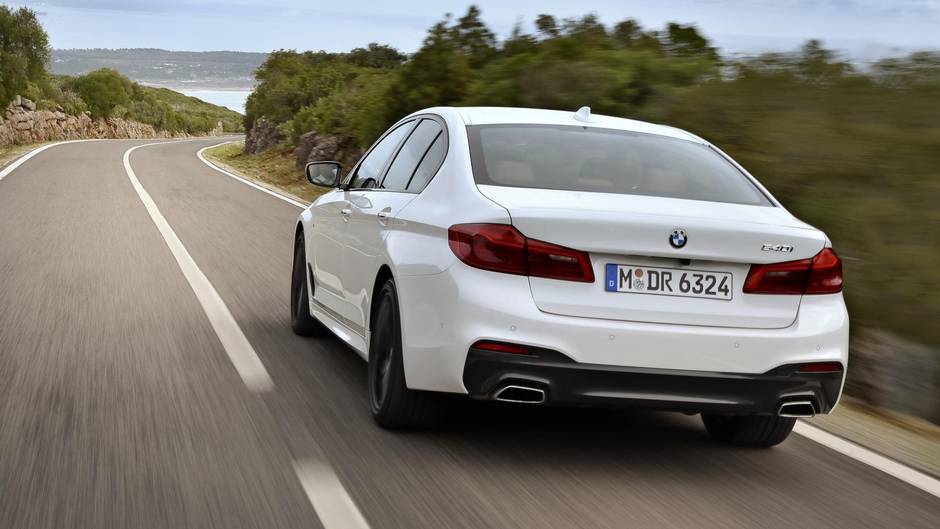 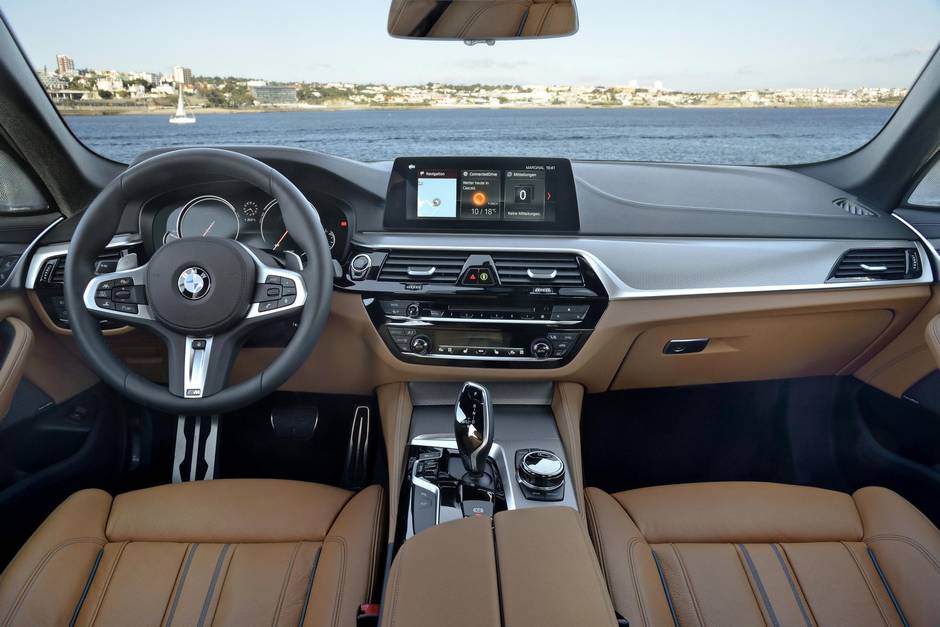 Looks: It has to be said that the 5 Series – while ostensibly being the mid-size BMW sedan – is a massive car now. It gets bigger every generation. If you frequent parking garages or tight city streets, you might want to consider a 3 Series.

Interior: The extra size is evident from the driver’s seat. The cabin feels wide and spacious, with higher-quality fit and finish than before. The central screen is no longer integrated into the dash, but free-standing.

Performance: BMW realizes, I think, that it went too far trying to make its car feel sporty in the past. Here, the steering is lighter and the ride is softer and yet, the result is sporty.

Technology: BMW claims the car is 100 kilograms lighter than before, provided you don’t load it with options. The iDrive system lets you talk to it, gesture at it by waving your finger in front of the dash or control it with buttons, a touch pad or a touch screen. Other tech highlights include (optional) wireless phone charging, massaging seats.

Cargo: There’s more knee and leg room for rear seat passengers, but not as much as you’d imagine given how large the car is. The trunk is huge: big enough to hold four golf bags. 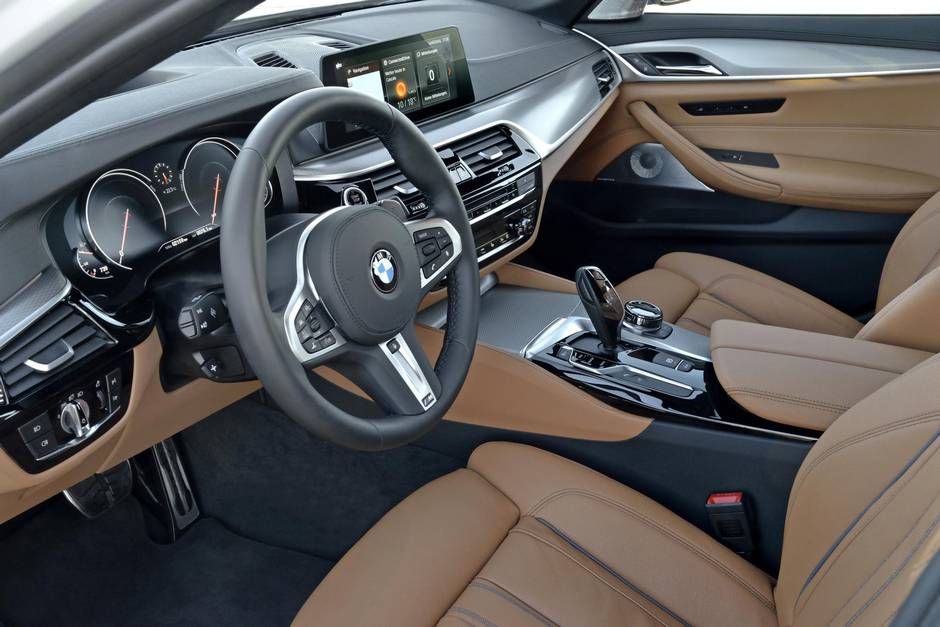 It’s an instant contender for best-in-class. 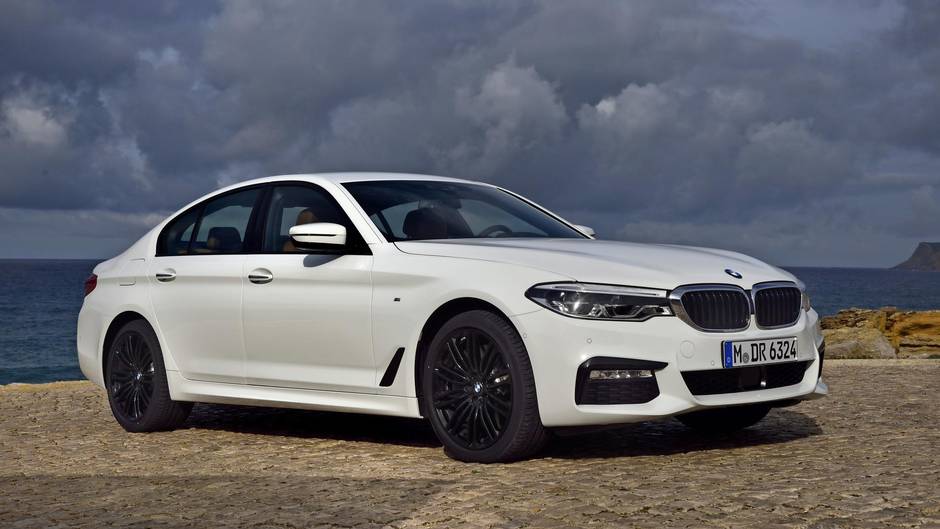