So many of us have been there.

We sit in the office of a financial planner or investment adviser, barely following along, particularly when the topic is such arcana as trailing commissions and MERs (management expense ratios). Yet this is exactly the stuff we need to understand most.

This is all about fees, one of the most important decisions to make when hiring an adviser. Even a typical amount of, say, 1 or 2per cent over the lifetime of an investment can be a large outlay.

"To boil it down, you're going to pay for advice no matter which scenario you pick. Advice costs money, so the trick is to know how you're paying for it and be comfortable with that," said Perry Quinton of the Investor Education Fund, a group that is, true to its name, all about educating investors.

By far the most prevalent way advisers get paid is through commissions, in which they are paid when buying or selling investments for a client.

In the case of mutual funds, for instance, this can seem like an invisible fee to the client, since it is simply deducted from the overall return on the investment. One kind is a trailing commission, with a certain percentage paid to the adviser for as long as the client owns the fund. It's important to note that there can also be a penalty if you sell the fund before a certain holding period, typically seven years, Ms. Quinton explained.

Some funds are front-end-load funds or even have no load (with no commission or sales charge). But all have some kind of investment management fees and administrative costs, collectively added to the MER (see the mention above of confusing arcana). In other words, there's ultimately a cost.

If you're the type of investor who doesn't want to be bothered with a bill from your adviser, then MER costs and commissions simply deducted from your earnings may work for you.

But just remember, that 6-per-cent gain on your mutual fund may be actually an 8-per-cent gain minus the two per cent deducted for costs and commissions. You're paying no matter what. (The Investor Education Fund has a fee calculator on its website, which helps calculate the true cost of a fund.)

"If you're looking for investment advice, and you're a buy-and-hold investor and you know what you want, and you may only need some assistance with the selection of what investments to put in your account, then a commission-based service may be appropriate," said Kathleen Clough, a portfolio manager at PWL Capital in Toronto.

But "very often even smaller investors are paying trailer fees that they may not even realize they're paying. It could very well be that their adviser is not charging the client, but the adviser is receiving a trailer fee because he placed that client in XYZ mutual fund," she said.

"It is a hidden fee, and there is increasing pressure and regulation that will require the disclosure of these fees," she added. "Whoever the client is has a right to understand how their adviser is being paid, by whom and by how much."

A different payment structure is fee-only. This is where advisers receive a flat fee for the work they do. Sometimes this is for project work, such as drawing up a plan for someone's retirement, or a plan for some other major turning point in life.

With a fee-only structure, the argument is that advisers have only the client's interests at heart, since they aren't interested in commissions from buying and selling investments. Fee-only work can also seem more transparent compared to the hidden world of commissions and MERs.

Yet a flat fee of a few hundred or a few thousand dollars may seem very expensive for someone with a small investment portfolio.

"It's a very visible cost ... and some people may step back and say, 'Well I don't really have that kind of money,'" to pay a flat fee to an adviser. But you're also paying it with a commission-based structure, you just don't see it as easily, Ms. Quinton said. "You're paying for it in either scenario. It's just that it's more visible when you're actually being sent a bill for it."

Then there is a "fee based" approach, distinct from fee only. Fee based is often a fee calculated as a percentage of the investor's overall portfolio, usually 1 or 2 per cent. So there is an incentive for the adviser to work to make that account rise since it will make their fee grow. The flipside is that a client still has to pay a percentage, even if the account goes down.

"You're going to pay in the area of 1 to 2 per cent no matter what you're doing," Ms. Quinton said. 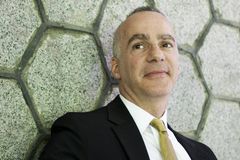