Alberta is ready to drop its strenuous objection to a national securities regulator if the Supreme Court of Canada rules that Ottawa has jurisdiction in the field, provincial Finance Minister Ron Liepert said Monday.

The new position appears to be one element of the softer face Alberta's new Premier, Allison Redford, wants to display on the national stage.

Mr. Liepert said he and other ministers have got new marching orders from Ms. Redford to "build or rebuild relationships [with Ottawa]that have become a little frayed in the last half dozen years."

Mr. Liepert said he told federal Finance Minister Jim Flaherty in a private meeting earlier Monday that Alberta was willing to work with him in the creation of a new national securities regulator if the Supreme Court rules in favour of the federal position.

"At the end of the day, we've fought the battle, the court will rule and we live with it and move on," he said in an interview with The Canadian Press.

"I think we've taken this as far as it can go and needs to go. ...We will work with the federal government to figure out how we can make this thing work."

Mr. Liepert, who is retiring from politics after the next Alberta election, said the high court is expected to rule on the issue some time in February.

Alberta and Quebec have led provincial opposition to the national regulator, both taking Ottawa to court to stop a process that meddles in what they contend is exclusively a provincial jurisdiction.

Mr. Flaherty responded by asking the Supreme Court to rule on whether the legislation to create a national regulator is constitutional.

Ottawa has pledged to set up a parallel system even if some provinces object, but getting Alberta onside would go a long way toward making Flaherty's initiative a reality.

Mr. Liepert said Canada, and Alberta, have bigger concerns about the health of the economy given the global turmoil than to "monkey around" much longer on the issue of a regulator.

His major demand would be that Alberta continue to play a key role in regulations affecting the energy sector.

"If it ends up being a national regulator, from the energy standpoint it can't all be centred in Toronto and that's the model we have to work on going forward," he explained.

That is already envisaged under the proposed legislation, which calls for strong regional offices attracting sectoral expertise.

Canada is the only major advanced economy without a national regulator and Mr. Flaherty contends that having 13 different jurisdictions adds to costs and makes it more difficult to detect and prosecute fraud.

Meanwhile, Mr. Liepert also had kind words for Ottawa role in defending the oil sands, in particular for its support of the $7-billion Keystone XL pipeline that would take oil sands crude from Alberta to refineries on the Texas Gulf coast.

The project proposed by TransCanada Corp. has been put on hold by Washington amid an environmental backlash.

The federal government did all it could to defend the project but "U.S. politics trumped policy," said Mr. Liepert, adding that he was confident Keystone would get the green light once the U.S. presidential election has been decided next November. 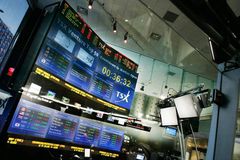 Canada does not need a national securities commission: study 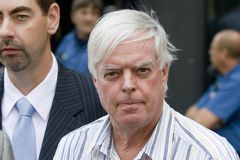 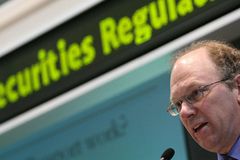 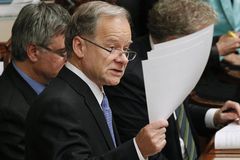