Global energy giant Royal Dutch Shell PLC is calling on Ottawa and the provinces to overhaul the rules governing the oil and gas business, arguing a new national strategy is needed to ensure Canada can compete for a slice of Asia's exploding energy demand.

Lorraine Mitchelmore, the head of Shell's Canadian operations, on Monday said the country's regulatory and fiscal polices are not always competitive when compared with other resource-rich regions. A national energy strategy, complete with a price on carbon, should be part of the overhaul, she said.

With an international juggernaut weighing in, Enbridge Inc. and Suncor Energy Inc. have found a powerful ally in their push for a national plan. Shell's global activity gives it additional insight into how the country stacks up against other energy producers.

"If Canada is going to compete, it really has to take this on," Ms. Mitchelmore told reporters.

The push from Shell comes as China's appetite for energy shows no signs of decreasing. Fuel demand rose 12 per cent in the last year, and is expected to grow an average of between 5 and 6 per cent over the next five years. India's growth also has energy companies racing to expand exports.

Canada is not always fiscally competitive, even though it has one of the "best" regulatory regimes in the world, she said. "It needs adaptation to what's the future."

She was vague, however, on details, or on whether a pan-Canadian strategy would mean scrapping provincial plans. Further, she did not pinpoint what she thinks would be an appropriate price for carbon, even though Shell prices the emission internally at roughly $40 (U.S.) per tonne.

"If you put a price on carbon right now, it will make energy too expensive. So you need to then bring in innovation and technology to [encourage]companies … That's why it is quite complicated."

Enbridge, which is struggling to win support from native groups in British Columbia for its Northern Gateway pipeline, has led calls for a national strategy - one it hopes would pave the way for the pipe it wants to build between the oil sands and Kitimat, B.C.

Suncor supports the pipeline - it would give oil sands companies access to markets in Asia - and is also on board.

Ms. Mitchelmore did not say whether Shell's desire for a national plan equates to support for the controversial pipeline, but did say the company "always" supports new markets. She declined to say whether Shell has purchased one of the 10 Gateway units Enbridge sold for $10-million, giving buyers the right to buy equity stakes in the pipeline and reduced shipping rates.

"[A national strategy]is about designing a framework that allows companies to produce [Canada's oil and gas]assets and deliver them to the growing population and growing demand," she said. Federal and provincial policies need to "come together with a lens that we are competing globally."

Shell, based in the Netherlands and Britain, is voicing its concerns over Canadian policy in part because of the experience it has gained from its operations in over 100 different countries, Ms. Mitchelmore said.

William Kimber, vice-president of research at Canada West Foundation, noted that if international companies are not pleased with Canada's rules, they will invest in other global projects, a move which could stymie the oil sands industry because of its intense funding demands.

"Canada clearly has a very competitive investment environment," he said, pointing to the plethora of global companies which operate in the oil sands. "[But]Canada needs to continue keep an eye out for its international competitiveness with countries like Australia, or places in central America or Africa."

This is not the first time Shell has criticized Canada's approach to energy policies. Peter Voser, the parent company's chief executive officer, in September said the Canadian and Albertan governments are not doing enough to defend the oil sands. Shell's key areas of concerns, he said, are dealing with toxic tailings, reducing the amount of fresh water used as companies extract bitumen, and addressing carbon emissions via carbon capture and storage. The company has a CCS pilot project at its Scotford upgrading facility near Edmonton, with the Alberta government pitching in $745-million in funding over the next 15 years, while the federal government chipped in $120-million. Shell also operates the Muskeg River and Jackpine strip mines near Fort McMurray. 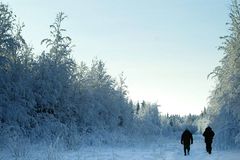 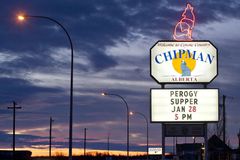 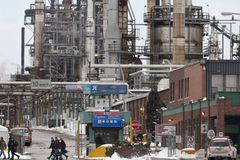 Part 1: Why the executive suite is the final frontier for women
October 8, 2010
Follow Carrie Tait on Twitter @CarrieTait
Report an error Editorial code of conduct