If imitation is the sincerest form of flattery, then yoga-wear retailer Lululemon Athletica Inc. has reason to feel the love – as well as the added pressures of being emulated.

An array of savvy competitors, from athletic titan Nike Inc. to fashion chain Gap Inc. and Loblaw Co. Ltd.'s Joe Fresh Style, have stolen a page from the Lululemon playbook and developed their own yoga lines.

The competition is getting so fierce that upscale Lululemon has started to pay its store staff and managers more in a bid to stop them from being nabbed by rivals.

"What we are very conscious of is, with a lot of knockoffs coming into the marketplace, if you hire a few Lululemon people you have got really a trained program," Christine Day, chief executive officer of Lululemon, said in explaining the higher compensation.

"We want to make sure that our educators [store staff]know that they are valued for the work that they do … Part of our key strategy is making sure that our store managers and our educators are paid very well comparatively in the marketplace. Because that is what gives us that community constancy which is critical to the brand."

Fast-growing Lululemon has built its reputation on selling $100 yoga pants and $130 hoodies, but rivals are now offering the same kind of products at prices that are 40 per cent less or lower. As the Vancouver-based chain invests in superior fabrics and designs to justify its premium prices, it's finding it also has to pour money into other areas – namely labour – to try to stem the flow of intellectual capital to competitors.

Already the extra costs are a factor in Lululemon feeling more of a pinch in its third quarter. That's after it reported on Friday a 77-per-cent surge in second-quarter profit, beating analysts' targets. Its third-quarter profit-per-share outlook is between 22 and 24 cents, while analysts had expected 24 cents.

Beyond added costs of goods and staffing, the chain is grappling with a tougher economy, which is prompting it to be cautious about its forecast. It predicted low- to mid-teen same-store sales gains in its third quarter, rather than the 20-per-cent lift it reported in its second quarter, which ended July 31. Investors were spooked, sending the stock down 3.7 per cent.

But the fierce competitive landscape isn't escaping the attention of company executives. "As always we are watching the competition," chief financial officer John Currie said. "We are aware of them. We are not seeing any measurable impact from new competition."

Lululemon wants to keep it that way. Ms. Day said the retailer has an edge over others because it focuses on adding new technical components to its clothing, such as novel seams or fabrics. "On the yoga pant competition, we certainly see a proliferation in the marketplace of copycat product that comes from sometimes the technical players, meaning the athletic wear players," she said. "But … the performance and quality level is not really comparable. I think that is our huge competitive advantage, the technical detailing of the pant, the longevity of it, the fit of the garment."

Lululemon kept that edge even during the recession when it kept on investing in those extra details while others cut back to lower prices, she said. Ultimately the move helped Lululemon gain market share, she said.

Adding the technical features allows the retailer to command a higher price, she added. Faced with today's inflationary challenges, Lululemon is raising prices of its products that it touts as technically superior, while leaving prices of other clothing steady. 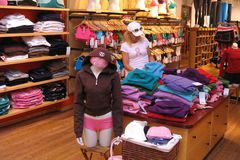 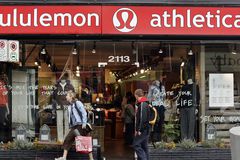 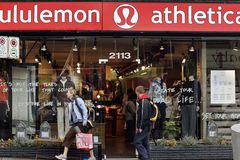